Net Zero Zealots Fantasize About Imposing Their Will on Us

They are losing intellectually and in the court of public opinion. Yet, the coercionists do not want to check their premises with intellectual rigor and practical application. Instead, they want to be angry and uncivil to the great majority who do not buy their exaggerations–and just want affordable, reliable energy now. 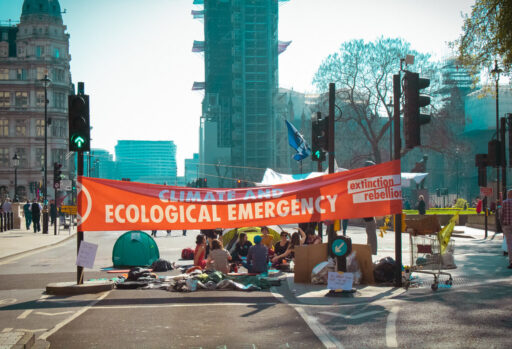 Here is a post from Zoe Cohen, self-described as having the passions of “safeguarding the future of our one, shared planetary home; with enabling and encouraging people to shine and to take action.”

As I’ve been sharing and resharing here for three and a half years now…. a key individual and collective challenge for us all is to #tellthetruth and to #actlikethetruthisreal….

Cohen, alarmist all, then recites a piece in The Guardian (July 24, 2022) by columnist John Harris, “Berating climate sceptics isn’t enough – disruptive protest now seems the only way forward,” subtitled “The time has come to choose: do you trust the people in suits downplaying this emergency, or the activists lying in roads in an attempt to ward off catastrophe?”

Excerpts from Harris’s column reveal the latest desperate thinking of the net-zero-sooner crowd. It goes from current-event alarm to settled-science alarm to ‘climate anxiety’ to …. beware of troublemakers ahead.

Amid unprecedented temperatures, fires and the grim pantomime that will eventually end with the selection of our next prime minister, I suspect more people than ever would now understand those words as a matter of direct emotional experience.

For millions of us, this summer’s heat is synonymous with an anxiety that is now impossible to shake off, and a renewed awareness of the small transgressions and outright hypocrisies that are required to get through each day. We perform them … [by] that very human talent for just about averting our eyes from what is directly in front of us, so as to live a quiet life; and a political culture that just about keeps the “everything will be OK” veneer in place.

These are things evident across the planet, and the UK has its own grim versions of them…. Meanwhile, for a certain kind of media voice, the past week has been all about raging against climate sceptics and deniers and their influence on politics, as if pointing out that they are mendacious and dangerous is an act of bravery….

The key question of 2022 is not whether those people are wrong, both factually and morally: we know the answer to that…. What we surely need to focus on is the deep attachment to fossil fuels still locked into our economy and political system, and how to help the movements that definitely want to end it: Extinction Rebellion (XR), Insulate Britain, Just Stop Oil and the other forces that clearly understand the unspeakable gravity of the moment.

This comes down to a question that still does not intrude on politics nearly enough: as these groups take the most direct kind of action, do you support them? And if – or, rather, as – the climate emergency deepens and the awful gap between politics and the sheer scale of what we are faced with only widens, what will you think if their actions take new, ever-more disruptive forms? …

[T]he only real options become clear: meaningful and radical action or nothing at all.

An editorial last week in the Sun insisted that “we need a sober debate, free from the extremists’ juvenile panic, on how we inch towards Net Zero in decades to come”…. In April, the Labour party demanded that the government take legal action to effectively ban climate protests that disrupt traffic and oil production….

The people [Keir Starmer] apparently thinks should be locked up, by contrast, are motivated by a comparatively pure mission to confront the car industry and quickly finish the hydrocarbon era, and thereby avoid catastrophe. So who do you choose?

In some cases – Occupy is a good example here – sustained support for protesters and activists has bumped up against their lack of a coherent agenda. But the modern climate movement is not like that. The basic position shared by the central handful of groups is clear enough: net zero by a much earlier date than 2050. XR and the people backing the climate and ecology bill – including such politicians as the Greens’ Caroline Lucas and Labour’s Clive Lewis – envisage that change being driven by citizens’ assemblies, set up to decide how such an aim will be reached. In the context of Westminster politics, such ideas may seem so unlikely as to be barely worth considering….

Activism and protest often trigger a kneejerk suspicion that they will alienate people and kill whatever cause they advocate. But experience suggests the exact opposite… [T]he people now lying in roads and charging into airports and refineries have conveyed the urgency of climate breakdown more successfully than anyone in a suit. There is a very good reason for that: it is only well outside centres of power that you can find the answer to a question that power and politics are dodging more than ever – how to live as if the truth is actually true.

So this is the end game? To act like a religious fanatic hearing voices to justify engaging in disruptive action? How about a rational rethink and respectful discourse? The fantasy is with the alarmists, not the practical men and women of the world who want to adapt to weather/climate by capitalizing on the good and ameliorating the bad.

Enough of the nuts–they have already done enough damage to themselves [climate suicides, here and here] and to others. Civility please.