New England Chooses to Die by Ice Rather Than Burn Gas

New England Chooses to Die by Ice Rather Than Burn Gas

[Editor’s Note: New England faces a cold future if it doesn’t change policies but so far it seems committed to dying by ice rather than burn natural gas delivered by pipeline.]

Government intervention into markets creates emergencies and shortages, not self-interested transactions within a true free market. It was true a century ago with World War I planning; and it remains true today.

The 1970s oil and gas shortages should have taught politicians that price and allocation controls do not work. Infrastructure obstructionism can cause price spikes and physical shortages too, as demand outraces supply.

A decade of natural gas obstruction in New England has resulted in LNG overreliance/price inflation on the one hand and relatively ‘dirty’ fuel substitution on the other. Why the worst of all worlds?

Why? Because the “greens” want to push home and business electrification by making natural gas artificially scarce and expensive. But wind and solar are not the answer where citizens are vetoing their machinery and intermittency dooms reliable service. Consumer pain ahead …. 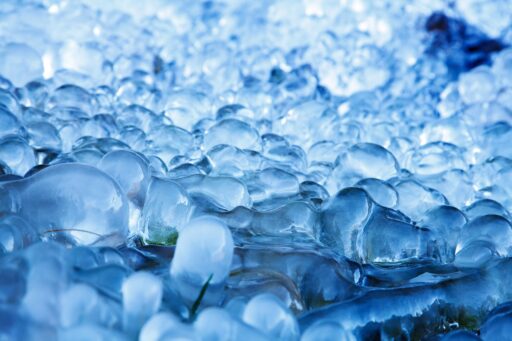 I am writing to further underscore the concerns … about the New England region’s growing uneasiness about electric reliability and corresponding price spikes during cold winter months.

I encourage your Administration to pursue a long-term solution that addresses the root cause of the region’s long-standing electric reliability problems—a lack of adequate natural gas infrastructure—rather than focus only on short-term, “emergency” solutions that were neither intended nor designed to address systemic issues like those present in New England….

New England will need natural gas to meet its power needs both this winter and into the foreseeable future…. Unfortunately, there is insufficient infrastructure connecting New England to domestic natural gas supplies and recent attempts to expand existing infrastructure at the request of local utilities and other energy users have been thwarted by misguided policies and vocal opponents to new infrastructure development.

New England is facing a perilous winter season because of this stifling of new infrastructure development over the past decade. The desire to act now is compelling…. Emergency powers, however, are not a long-term solution to this problem. Executive emergency powers are meant to address short-term, unanticipated scarcity.

Natural gas shortages and reliability concerns in New England are neither short-term, nor unanticipated…. ISO-New England and the Federal Energy Regulatory Commission have for many months called attention to the very real reliability issues likely to face the region in the coming winter months due to insufficient supply of natural gas.

Gordon van Welie, President and CEO of ISO-New England wrote to Secretary of Energy Jennifer Granholm over the summer that, “[d]uring the coldest days of the year, New England does not have sufficient pipeline infrastructure to meet the region’s demand for natural gas for both home heating and power generation.” This exact concern has been raised repeatedly over the past decade and, this 2 year, has been exacerbated by the Russian invasion of Ukraine and the spike in global demand for (non-Russian) LNG.

Despite those facts, key policymakers and officials in the region have been unwilling to accept the role that natural gas plays, and will continue to play, in New England’s energy mix and has led them to block the development of clearly needed new natural gas infrastructure. Put simply, natural gas and its related infrastructure are a necessary part of any lasting solution to deliver clean, affordable, and reliable energy to New England homes and businesses.

Natural gas maintains reliability when renewable resources, like wind and solar generation, are unable to perform as expected. As the North American Electric Reliability Corporation concluded, “natural gas is the reliability fuel that keeps the lights on, and natural gas policy must reflect this reality.” Policies that obstruct natural gas infrastructure development will continue to cause price spikes in a region already facing some of the highest prices in the nation.

New England power plants generated an estimated 4.18 million metric tons of CO2 in January 2022, up from 2.77 million metric tons in January 2021, with the region’s heavier reliance on oil accounting for most of the difference. This winter, more than ever, New England is at risk of an energy shortfall that will severely impact the people and businesses of the region. Next winter will come with even greater risks. And there does not need to be a prolonged cold spell for significant problems to arise. Just a few days of cold weather could wreak havoc on the region’s power grid, and in New England, cold weather is to be expected.

A serious conversation about how to address the region’s electric power needs must include the natural gas pipeline operators serving the region. Our infrastructure is the link between domestic natural gas production and downstream users, such as electricity generators and local gas utility companies. Domestic investment creates thousands of high-paying U.S. jobs and can provide households and businesses with additional disposable income from lower energy costs.

INGAA and its membership are willing and ready to meet with affected and relevant stakeholders to discuss the important and necessary role that natural gas and its related infrastructure plays in the region to ensure electric reliability. And, while we do not believe the use of short-term emergency authorities will lead to a sustainable solution, if Secretary Granholm convenes such a group, interstate natural gas pipelines must be part of the conversation.

The above letter is politically correct in not challenging the core of the problem: climate alarmism and forced energy transformation to inferior wind and solar energies. INGAA should be on the battlewagon of affordable, plentiful, reliable energy for the masses, not for getting natural gas its share of the fuel pie at the expense of oil or coal or the free market in general.

Somewhere, the natural gas gods are laughing at the current situation of wind and solar triggering shortages and price spikes for the marginal fuel in power generation. An educational campaign is necessary to educate the general public to connect the authoritarian, poverty dots.