New England Won’t Be Saved by Biden; No. He’ll Sell Them Out!

New England Won’t Be Saved by Biden; No. He’ll Sell Them Out

[Editor’s Note: Energy disaster awaits New England, if not this year, then very soon, because it has bought a politically correct green energy myth and Biden won’t save it!]

We’ve been warning about it for years because various government and private companies have been warning about it–that Boston and New England were just one extended cold snap away from rolling blackouts. More than half of all electricity generated and provided to New England comes from natural gas-fired power plants. During cold periods when there is high demand for home heating, power plants are threatened with shortages. 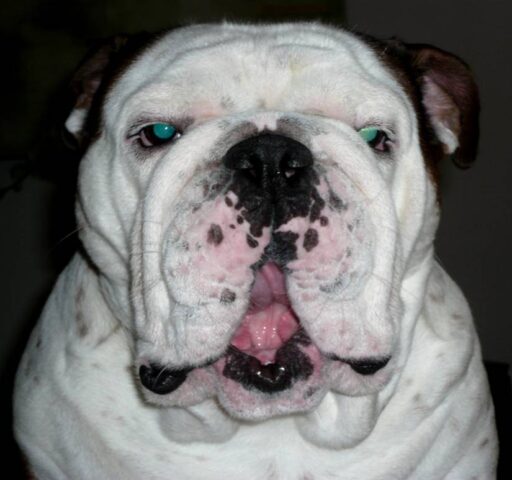 I TOLD YOU SO!

Somehow New England has dodged a bullet and has not had to resort to rolling blackouts. Until (likely) this year. Eversource, the region’s largest utility company, sent a letter last Thursday to President Biden urging him to assemble a panel and figure out how to ensure natgas flows to New England (via LNG) this winter–because if it doesn’t, this IS the year rolling blackouts become reality.

Two weeks ago, MDN told you that the electric grid operator in New England, ISO New England Inc., warned if the region experiences “an extremely cold winter,” it’s a pretty safe bet there will be electricity blackouts (see New England Facing Blackouts This Winter from Lack of NatGas).

Eversource, a huge utility company operating in the region, is warning Biden it’s time to act now, or the region will suffer consequences this winter:

The chief executive of New England’s largest utility is imploring President Biden to use his emergency powers to help protect the region from rolling blackouts this winter in an unprecedented move that underscores the growing concerns about grid reliability during times of extreme cold.

Eversource CEO Joe Nolan sent a letter to the White House on Thursday, asking for Biden to urgently address concerns about electricity reliability in New England. Nolan cites acknowledgments from grid overseer ISO New England and the Federal Energy Regulatory Commission that New England will not have enough natural gas to meet electricity supply needs if there’s a severe cold snap this winter. A spokeswoman confirmed this is the first time Eversource has made such a request.

The energy industry has been concerned about reliability issues in New England for years. That’s primarily because at least half of the region’s electricity comes from natural gas-fired power plants. In the winter, businesses and residents who heat with gas get priority — often prompting the power plant operators to turn to oil-fired backups, buy expensive gas on the spot market, or not run at all.

This winter, a new dynamic is at play because of the war in Ukraine. As European countries look for other sources of natural gas instead of Russia, that has driven up global demand for liquefied natural gas, meaning many LNG shipments that might otherwise make their way to New England pipes instead go to other countries. New England gets natural gas from domestic sources through two major pipeline networks, but they are often constrained in the wintertime.

Though Nolan does not mention rolling blackouts outright in his letter, he is clearly concerned about the possibility: ISO New England may need to take that step if there isn’t enough electricity to ensure the grid’s reliability.

“As both an energy company CEO and a lifelong New Englander, I am deeply concerned about the potentially severe impact a winter energy shortfall would have on the people and businesses of the region,” Nolan wrote.

These concerns will not come as a surprise to the Biden administration. Aside from the discussions at ISO New England and FERC, New England’s six governors sent a letter in July to US Energy Secretary Jennifer Granholm, expressing similar worries about the upcoming winter. Among other steps, the six governors called on Biden to suspend a federal law known as the Jones Act, which limits the kinds of ships that can move cargo between US ports and essentially prevents any LNG from being moved by ship from the Gulf Coast to New England.

Nolan also asked Biden to waive the Jones Act, as well as undertaking other emergency orders, all with the goal of bringing more LNG to New England.

LNG shipments to New England primarily come through a terminal in Everett. The region also gets imported gas by pipeline from a Canadian terminal in New Brunswick and an offshore connection point in Massachusetts Bay.

The constrained global gas market caused by the war in Ukraine is already showing up in high electricity prices here. In September, National Grid said the monthly bill for a typical residential electric customer in Massachusetts would rise 64 percent from a year ago, starting Nov. 1. Eversource has not yet filed its winter rates for Massachusetts, which kick in on Jan. 1, but has already raised rates significantly in New Hampshire.

However, Nolan’s letter to Biden was focused on keeping the lights on. He said Granholm should convene a group of government and industry leaders to develop a plan that ensures that the region’s grid can withstand the shock of stretches of extreme cold.

“The need for action now is compelling,” Nolan added. “Many of the solutions require advance planning because they may require further actions by regulators, finding new resources, chartering vessels, arranging for additional fuel deliveries, and other yet to be identified extraordinary actions.”

Editor’s Note: The tone from Eversource suggests that if only Biden knew the danger, he would act because he would be forced to do so. But that’s not how it works with radicals on the left, especially when they have an old confused man who was always corrupt anyway to use as a facade. They want energy disaster to create opportunities for more government action so as to force green energy stupidity on all of us and they are encouraged and enabled by the corporatist green grifters. That’s the sad truth here. Biden will do little or nothing to help because that’s not his controllers’ plan of action.