Two weeks ago MDN brought you the news that New Fortress Energy has withdrawn a request to extend a previously-issued permit required to build an onshore LNG liquefaction plant in Wyalusing (Bradford County), PA (see NFE Caves to Radicals, “Pulls the Plug” on Wyalusing, PA LNG Plant). Now comes word that NFE will instead build an offshore LNG facility in the Gulf of Mexico, and it will be built and in operation next year! What really happened in PA, and why is New Fortress Energy investing in the Gulf instead? 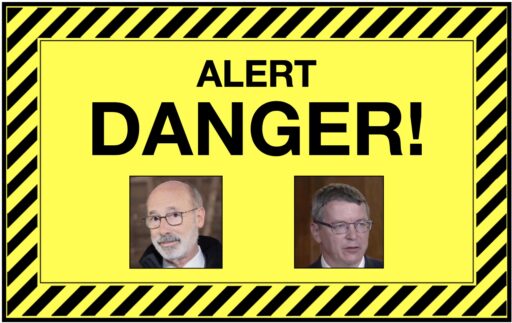 As for what happened in PA, we previously shared our best guess which was that NFE, following intense opposition from anti-fossil energy Big Green groups (like the Sierra Club) causing delays, decided to focus on other projects that it can actually complete quickly.

We said the following in our earlier post about New Fortress Energy “throwing in the towel” on the Wyalusing LNG plant:

We don’t sugarcoat things here at MDN. This certainly looks to us like New Fortress Energy is giving up on this project and that it will not get built. Don’t get us wrong, we hope it does get built! But realistically, we think it’s now dead. Which is a real tragedy. It also means NFE won’t push ahead with building a dock on the Delaware River to load the LNG onto cargo ships. Why build the dock if there’s nothing to load? It also means a hard-won waiver to ship LNG by rail for this specific project will disappear too. LNG shipments by rail from the Wyalusing facility would have proven, once and for all, that such shipments are safe.

The left has won another round against American energy. What a damn shame.

Following that post, we were contacted by a highly placed source with a different view of what happened–someone with knowledge of how things operate at the Pennsylvania Dept. of Environmental Protection (DEP). Our source told us it was the DEP that caved, not New Fortress Energy. The DEP previously issued the required air permit. The DEP did the work, reviewed the permit, and issued it. And now, due to pressure from Big Green groups, the DEP (with a very weak leader, Pat McDonnell) caved and would not stick up for, would not extend, the permit it previously issued. This was the fault of the DEP, not NFE.

What could New Fortress Energy do but go along? If the DEP won’t defend the permit the agency itself issued, practically speaking there’s nothing NFE could do.

So what did New Fortress Energy do? They found another LNG project where they CAN get the permits and where they CAN get it built and done quickly. Screw you PA! (That’s not us talking but us channeling NFE’s private thoughts.) We think it’s a tragedy the Marcellus has lost the New Fortress Energy Wyalusing LNG project. But we can’t blame NFE. Companies go to more business-friendly locations.

U.S. energy company New Fortress Energy has filed applications with federal regulators to build an offshore liquefied natural gas (LNG) export project in the Gulf of Mexico that could enter service much earlier than similar facilities.

New Fortress Energy submitted applications with the U.S. Maritime Administration, the U.S. Coast Guard, and the U.S. Department of Energy to request all necessary permits and regulatory approvals to site, construct, and operate a new offshore LNG liquefaction terminal off the coast of Louisiana.

According to the company, the facility will have a capacity of exporting approximately 145 billion cubic feet of natural gas per year, equivalent to approximately 2.8 million tons per annum (mtpa) of LNG.

“This announcement demonstrates the flexibility, efficiency, and significance of our innovative Fast LNG solution to bring more affordable, reliable, and cleaner fuels to customers around the world,” said Wes Edens, Chairman and CEO of NFE.

“This is a big step in the growth of our Fast LNG portfolio, which will include both tolling liquefaction for high creditworthy partners like ENI as well as market volumes from our merchant assets like these. With rapid deployment, this project can play a significant role in supporting our nation’s commitment to our European allies and their energy security as well as support our efforts to reduce emissions and energy poverty around the world,” he added.

The project will be located in federal waters approximately 16 miles off the southeast coast of Grand Isle, Louisiana, and will access abundant U.S. gas supply by leveraging existing infrastructure.

Procurement of all long-lead materials is a complete and modular assembly of equipment is underway. Subject to the receipt of all required permits and approvals, NFE targets beginning operations in the first quarter of 2023 – which is much faster than the usual two to four years it takes to build a land-based LNG plant.

With the recent announcement by the United States and European Commission to ensure additional LNG volumes for the EU, LNG production off the coast of Louisiana can support the EU’s goal to end its dependence on Russian fossil fuels as well as NFE’s growing business around the world of reducing emissions and pollution by providing a cleaner, affordable, and reliable alternative to oil-based fuels.

To remind, President Biden said last week that the United States would deliver at least 15 billion cubic meters in additional LNG to Europe this year – more than previously planned – with more to come in future years. It is worth noting that 15 bcm converts to about 1.5 billion cubic feet per day or 11.5 million tons per annum. It takes 1 billion cubic feet to heat five million U.S. homes for a day.

To remind, New Fortress and Eni agreed to deploy the Fast LNG technology off the coast of the Republic of the Congo to produce up to 1.4 mtpa of LNG for 20 years, with production expected to start in the second quarter of 2023.

New Fortress Energy has already bought two rigs from Maersk Drilling – the Maersk Gallant and Maersk Guardian – for refitting for its Fast LNG concept. This approach to offshore gas field development is like the FLNG projects of the previous decade but uses a jack-up platform to carry the liquefaction equipment instead of a floating hull. Fast LNG platforms are smaller than the FLNG facilities of the past but more agile.

A permanently moored FSU will serve as an LNG storage facility alongside the jack-up. The objective is to create an offshore liquefaction capability that can be deployed anywhere with abundant and stranded natural gas.

Apart from the two rigs being acquired, New Fortress has also acquired Golar LNG Partners and its fleet of 13 LNG carriers for its logistics backbone.

Editor’s Note: The knockout of the New Fortress Energy project is a disgrace. It is the cost to Pennsylvania of letting extremist enviro enablers such as Tom Wolf in the door. And, don’t think that Josh Shapiro isn’t far worse. Wolf is a trust-funder whose only goal has been to win the plaudits of his prep school peers and gentry class members from the likes of the Heinz and Haas families who fund the lawsuits brought by the enviros. He couldn’t care less about Northeastern Pennsylvania. They finance the Clean Air Council that Patsy McDonnell and Wolf are loathe to offend because it is a facade for these two wealthy families who imagine themselves as Pennsylvania royalty.

That’s why Wolf and Mcdonnell sold out Wayne County on the DRBC issue; following Andrew Cuomo to gain the high-fives of the Pennsylvania Society in Manhattan, not real Pennsylvanians. Patsy McDonnell has held his umbrella the whole time, all the while knowing the governor “had no clothes.” That’s rhetorical, of course, but keep the image in your mind as a facsimile of what’s happening.

As a side note, Wolf also followed Andrew Cuomo to throw COVID patients into nursing homes and should be investigated for it in the same way as Cuomo.