The New Mexico Legislative Finance Committee recently released its post-session fiscal report showing its FY2022 state budget is getting a major boost from oil and gas revenues on federal lands. The report comes on the heels of state policymakers far-removed from New Mexico’s oil and natural gas producing regions applauding the Biden administration’s ban on new federal leases, despite the harm that would do to New Mexico schools, hospitals, and other public services.

The Land of Enchantment is expecting $350 million above what it previously estimated for FY2022, which will help reduce the amount the state needs to draw from its rainy day fund. As the Santa Fe New Mexican reports:

“The better-than-anticipated revenue picture stems from increases in gross receipts and other taxes, as well as royalties from oil and gas production on federal land, Dawn Iglesias, the Legislative Finance Committee’s chief economist, told legislators Wednesday…In addition to higher revenues, the state also expects to receive nearly $133 million more in its Tax Stabilization Reserve from excess oil and gas taxes, Iglesias told members of the legislative Revenue Stabilization and Tax Policy Committee. ‘That’s primarily due to the increased prices that we’ve seen since the [60-day legislative] session, as well as higher than expected production,’ she said.” 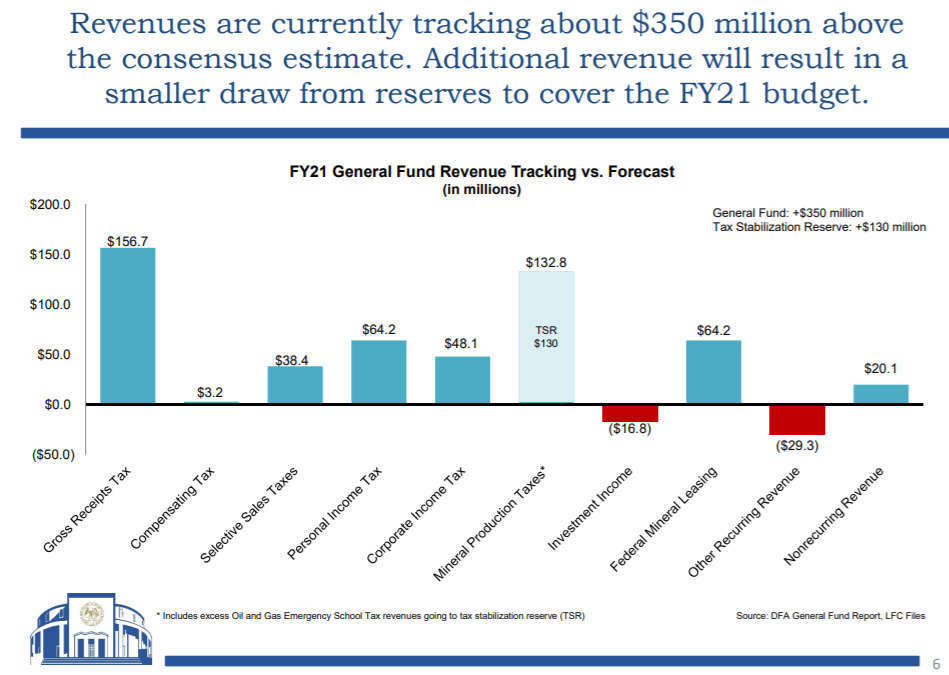 As the report further explains, New Mexico is the only major oil-producing state to recover its pre-pandemic production levels. Oil production in March was four percent above March 2020. Natural gas production is also up, as are the estimated prices for both resources. 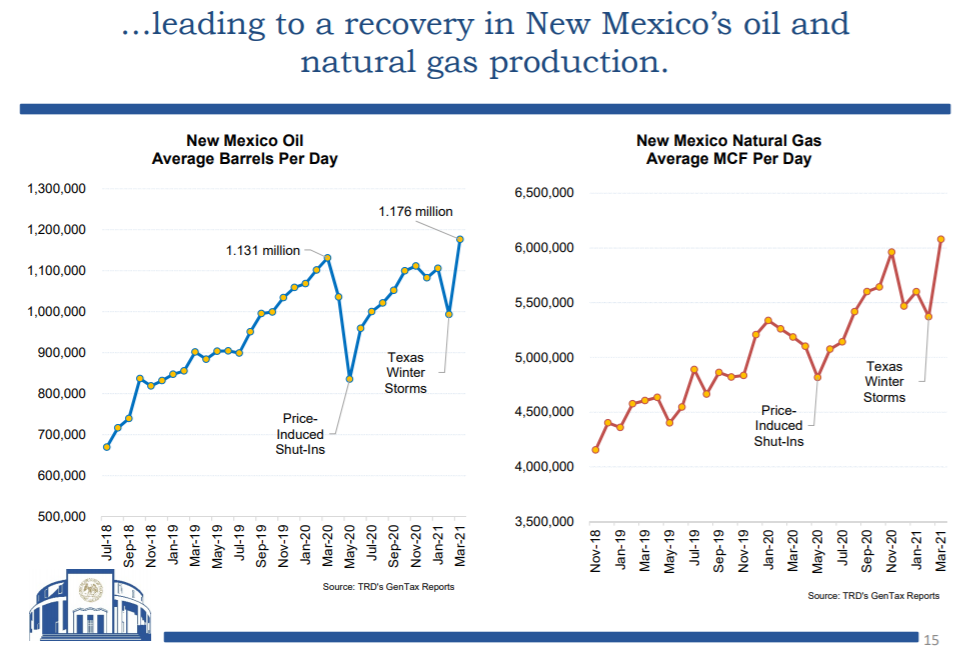 This combination of increased production and prices has major benefits for the state, as the report lays out:

Oil and gas wells don’t start producing overnight; it can take months before a site is prepared, the well is drilled, and oil or gas start flowing. The increased production in New Mexico is from leasing activity that occurred prior to President Biden’s federal leasing ban. As that ban continues, the risk to New Mexico’s finances only grows.