New York City is in a very bad way as some wealthy chickens fly the coop and other poor political chickens come home to roost leaving Gov. Courrupto to beg!

New York City, in a dramatic turn of worm for long abandoned Upstate, is now emptying out, thanks to the antics of America’s most toxic governor, Andrew Cuomo. His fracking ban and determination to be on the green side of everything (in more ways than one) have consigned the Southern Tier to whither away into one large ghost town. The few residents allowed to remain will be given jobs changing linens at gentry class country estates. That bill of goods was sold to the Manhattanite wealthy who’ve always viewed Upstate as a place that ought to be emptied for their enjoyment, but everything has changed now as Courrpto’s political chickens have come to roost. 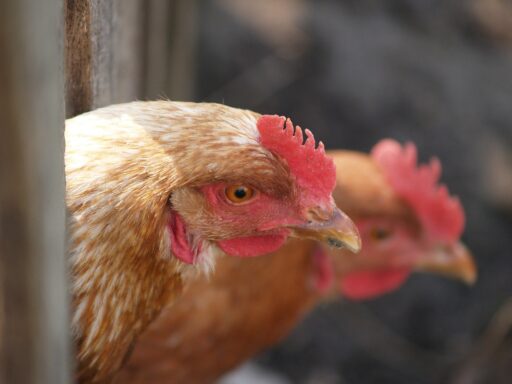 The “chickens come home to roost” theme originated with a lesson from Chaucer’s Canterbury Tales, more specifically The Parson’s Tale, where it said (in modern English));

Now we touch upon cursing in anger. Cursing is generally understood to be the calling down of every conceivable harm upon somebody. Such cursing divides a man from God, as Saint Paul told us. Often, such wrongful cursing returns to he who curses, like a bird that returns to its own nest. Above all, men must refrain from cursing their children and giving their children to the devil; it causes great peril and is a great sin.

I’ve bolded the source of the idiom, but the entire paragraph applies to Gov. Courrupto, doesn’t it? He’s called down “ever conceivable harm” on those Southern Tier landowners who would attempt to harvest their natural resources, without so much as a single consolation. Te best he’s managed is a shrug, a cocked head and an “Eh.” He knows his base is in New York City and those folks view Upstaters as illegal squatters on their wilderness playground. He’s only too happy to sell out a Steuben County farm family and give their children to the devil.

But, now the curse has returned. Check out this story from yahoo news:

The governor of New York has begged the city’s wealthy, who fled the coronavirus outbreak, to return and help it recover.

Andrew Cuomo said he was extremely worried about New York City weathering the Covid-19 aftermath if too many of the well-heeled taxpayers who fled to second homes decide there is no need to move back.

“They are in their Hamptons homes, or Hudson Valley or Connecticut. I talk to them literally every day. I say. ‘When are you coming back? I’ll buy you a drink. I’ll cook,’ “ Mr Cuomo told MSNBC, naming popular getaways for the rich…

“A single per cent of New York’s population pays half of the state’s taxes,” he said, “and they’re the most mobile people on the globe.”

Rather than temporarily riding out the storm, New York City residents – many of whom are able to work from home – appear to be settling down. Enrollment has spiked at Hamptons schools, while city restaurants have followed their customers out to the Long Island shores.

Retailers say the city is now the worst place to do business in the country, blaming its strict months-long lockdown and exodus of its wealthiest residents.

They report foot traffic at Manhattan stores is down 85 per cent from a year ago. Nearly 3,000 small businesses in New York City have closed for good in the past four months.

Broadway theatres – normally a big draw for tourists – announced they will remain closed until at least January 2021.

“We expected New York City to be like the rest of the country when we reopened our stores here, but it’s a complete outlier,” said Lawrence Berger, chairman of sports cap company Lids, which has a flagship in Times Square. “There is no way to make money. It’s not an economically viable situation.”

That last line (emphasis mine) says it all, doesn’t it. Elsewhere in the article it is noted it’s not just about the WuFlu; it’s also about the high taxes. And, how rich is that the same folks Cuorrupto sought to appease by selling out the Southern Tier now are feeling precisely the same pain; “no way to make money” and no longer in an “economically viable situation.” Hey, welcome to the world of that part of New York on which you turned your back.

As for Corrupto, this is what happens when you write off one set of folks to appease another, which has forever been your game. Beg away, just like you made those Southern Tier farmers landowners beg, only to sacrifice them on the altar of green political correctness on December 17, 2014 in that stunning display of demagoguery, not to mention your ongoing cursing of those who need oil and gas. Your cursing is returning to you like “a bird that returns to its own nest.”