New York is banning gas appliances, an entirely predictable event, based on an almost complete lack of fight in the natural gas industry when it matters.

The Empire State’s new governor, Kathy Hochul, wants to establish her environmental bona fides. So, what better way to get it done than to jump on the natural gas banning bandwagon as the first state to officially surrender to this absurdity?

New York metro voters, after all, know no more about how their energy is produced than their food, and there are many more of them than Upstaters. And, the industry has already given up on New York, so there is only applause from greens coming your way if you are New York’s leader. 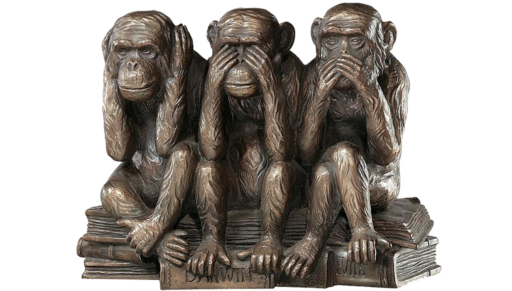 This is the dilemma in which the natural gas industry finds itself today. It did nothing when Vermont banned fracking because everyone knows the Green Mountains had no shale. If the governor of Vermont is so stupid as to want to ban fracking or, for that matter, pineapple farms, why not let him? Except that Vermont was full of New Yorkers who understood the power of virtue signaling when the idea was to assemble a bandwagon.

Then, New York State banned fracking. The precedent had been set, and no one was going to outdo then wannabe President Andrew Cuomo. The industry again did nothing. No lawsuit, no serious challenge of any kind to the then governor before or after the ban, which started out as a moratorium, became a ban “at this time” and finally a permanent ban. Once again, the rationale was “There isn’t much gas there anyway,” “We’ve got plenty already” and similar rationalizations.

But that wasn’t the end of it. Emboldened by his success and lack of major pushback from the industry, the governor decided he didn’t need pipelines any more than he needed fracking. He methodically denied water quality certifications for pipeline after pipeline, killing two major ones and nearly killing a third. He did receive some resistance from one of the utility companies, but, during the final facedown, the latter blinked and decided to join Cuomo in discouraging gas connections.

There were some lawsuits, including a case one of the pipeline developers took to the Supreme Court where it won, only to almost immediately drop the project, the same thing happening with another project opposed by New Jersey. Everything that was gained at such a price was, in other words, thrown out the window, further emboldening governors of the Kathy Hochul mindset.

Is it any wonder Hochul senses an opportunity to make political points with New York’s metro voters? It’s a virtually zero-cost way to burnish those environmental credentials with the all-important urban voters of her state. Who can blame her? And, who would blame New Jersey’s governor for exploiting the same potential.

We have made it incredibly easy for them and keep making it easier. The Delaware River Basin Commission, with the same governing majority as the Susquehanna River Basin Commission, just banned fracking. There is serious shale gas activity going on within the latter’s jurisdiction, and a blind horse can see what’s coming next. What is the industry response? Zippo, even though it’s perfectly clear the battle should be fought now, not later.

We have a recurring pattern, in other words. Don’t worry about the crazies in Berkeley who are banning gas appliances. Except every crazy idea starts in California, and New York is nothing if not a competitor in the worst public-policy olympics. It was a foregone conclusion New York would soon make a bid to ban gas when it began in California, and that bid would, of course, be substantially higher to grab attention.

What to do? The short answer, of course, is to fight and take the battle to the enemy at the first opportunity when the forest fire is just a brush fire. Defending natural gas and the shale revolution needs to be done by playing offense. Some 61% of homes in New York City, for example, are heated with natural gas, and residential consumption has been growing steadily as New York production has dropped just as steadily. Is this not a strong argument that New York needs to think about its energy security? Is anyone making it? No.

Does New York really want to be more dependent on out-of-state energy? Or, foreign energy in the pattern of Boston, which actually had to rely on Vladimir Putin’s LNG at one point? Do New Yorkers understand what shifting from gas to electric means, namely coal, gas, hydroelectric and nuclear from elsewhere? Or, solar and wind farms in everyone’s backyard, including those of Manhattanites with second homes in an Upstate they don’t want disturbed? Is anyone making those arguments? No.

Those arguments need to be made in two ways. First, by a public relations campaign aimed directly at those places where the crazy ideas emanate, places such as Berkeley and the Big Apple. No mush. No pablum. No appeasement. Just hard-hitting facts and explanations that help our city cousins in blue states appreciate the fact it is their apartments that could go cold if Kathy Hochul’s green dreams come true; it is their vacation backyards that will be covered with solar panels generating tiny amounts of energy, and their costs of living that will skyrocket.

The other way to get attention, of course, is to sue, and there is not nearly enough of that. Instead, the industry is surrendering at every turn and letting the opposition operate not only free in policy-makers’ heads but also free of the real cost for their behavior. They are generously funded by non-profit foundations operating with tax exemption. Sadly, absolutely nothing is being done about it except for those of us who blog and write about it, and we are forever preaching to the choir.

What is needed, perhaps more than anything, are lawsuits challenging these tax exemptions, putting a heavy price on the abuse of tax exemption by those pushing the Kathy Hochuls of the political world to play one-upmanship with bans. And, it’s not too late to sue New York for its fracking ban, the DRBC for its ban or Berkeley for its idiotic gas appliance ban. This is a war, and we will not win it without fighting and fighting hard, recognizing that no opponent is unimportant or should be bargained away in a fit of pragmatism.

Pragmatism, indeed, is too often our enemy. Does anyone imagine Andrew Cuomo was not seriously empowered when he lost his pipeline battle in the Supreme Court only to win the war as the company then dropped the project anyway? Some battles are costly, to be sure, but losing the war is far more costly. If we are serious about stopping all this banning, we cannot continue to operate purely on pragmatism.

Some things are worth fighting to the end because our very future depends upon them. Cannot we admit that the banning of natural gas appliances is an existential threat that will not be diminished by surrendering territory? Cannot we muster the will to fight? It is a critical question. Even more to the point, if not now, when prices are high, when?

Reposted from Shale Magazine where the author is a contributing writer.