On May 12, the New York State Public Service Commission (PSC) voted to adopt two orders aimed at eventually phasing out the use of natural gas in homes and businesses across the state. At least that’s our take on the complex, gobbledegook orders issued (we have copies of both orders below).

The New York PSC issued one order to LDCs (local distribution companies, otherwise known as local natural gas utilities) requiring them to file complicated reports outlining their natural gas infrastructure (pipelines) and efforts they deploy to encourage customers to use less natural gas, in line with the law passed two years ago by Cuomo to phase out the use of all fossil fuels.

The second order issued by the New York PSC controls how utilities can and can’t enforce moratoria on new gas customer hookups. 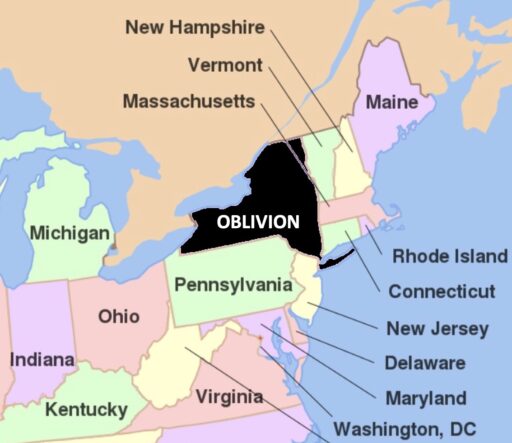 In December of 2021 we brought you a guide to understanding all of the evils contained in the bill (see Citizens Guide to Understanding New York’s So-Called Climate Act). As we predicted in 2019, not only will this hideous bill outlaw the use of oil and natural gas for heat during NY’s cold winters, it will also outlaw the use of wood stoves (see New York Plans to Outlaw Heating with Wood, Cites Global Warming). Get out of NY state while you still can!

Back to the New York PSC and their new orders issued last week that aim to gradually phase out natural gas. We have a summary of the news from S&P Global Commodity Insights:

The [New York PSC] voted May 12 to adopt an order that largely reflected a February 2021 proposal by staff at the Department of Public Service, or DPS. The commission opened the proceeding in March 2020 in order to align supply planning with New York’s Climate Leadership and Community Protection Act (20-G-0131).

“The gas planning procedures we are adopting today will ensure that gas utilities continue to provide safe, adequate and reliable service while striving to meet the state’s greenhouse gas emissions reduction targets,” Commission Chair Rory Christian said in a statement.

The commission included provisions to dampen future demand in recent rate cases. But the new policy will challenge local gas distribution companies to rely on demand-side solutions to an unprecedented degree. This has already proven difficult for National Grid’s downstate subsidiaries, which have warned that they might have to impose a moratorium on new gas hookups to maintain safe, reliable service.

In a related order, the commission also adopted guidelines for gas utilities facing gas supply constraints, establishing rules for imposing, managing and lifting a moratorium. It stems from ongoing moratoria and a 2019 dispute with National Grid over its six-month moratorium in New York City and Long Island.

Since the commission opened the proceeding, the policy environment has shifted substantially. The state’s Climate Action Council in December 2021 recommended building electrification mandates and strategically phasing out parts of the gas distribution system. The same month, New York City banned gas hookups in new buildings. And during the commission’s meeting, the New York State Assembly, which is considering a statewide gas ban, held an all-day hearing on building electrification.

Commissioners addressed the uncertainty caused by the changes. Commissioner Diane Berman expressed concern that the commission would move too swiftly to facilitate a downsizing of the gas grid, overlooking other decarbonization pathways such as hydrogen and renewable natural gas.

Commissioner John Howard suggested that lawmakers could pass building electrification legislation in the final days of New York’s legislative session. “Every few months, it seems there is no solid ground under our feet, regarding the issue of natural gas and the natural gas system,” Howard said. “And I don’t know when we’re going to get some solid ground.”

The new gas system planning process will require the LDCs to file a long-term plan every three years. These plans must include a 20-year gas demand forecast and outline how the company will address the demand.

Within the plans, the LDC will have to provide multiple supply scenarios. At least one scenario must demonstrate how the utility would meet forecast demand without installing any new infrastructure. In this scenario, the LDC would rely entirely on methods such as energy efficiency, electrification and demand response.

The LDCs often seek to address supply shortfalls by contracting for additional gas shipments or taking delivery of compressed or liquefied natural gas. Going forward, they would have to justify those supply-side solutions in their long-term plans.

Commissioner John Maggiore questioned whether LDCs could “game the system” by making a bad faith case against the no-infrastructure scenario. But the new process will require an independent consultant to review the long-term plans and will expand the stakeholder feedback process.

The DPS expected both the consultant and stakeholders to scrutinize the gas utilities’ scenario assumptions, said Chris Stolicky, chief of gas planning and reliability at the DPS. DPS staff has decided that exploring several supply plans is important to maintaining a safe and reliable system, Stolicky said.

Welcome to the Empire State, on the fast track to oblivion.