Nicholson Borough, Wyoming County, Pennsylvania is home to a magnificent railroad bridge and also to natural gas development; a bridge to ots own future.

The Borough of Nicholson is home to just under 1,000 residents and is tucked away in the rolling landscape of northeastern Pennsylvania. Some are familiar with it being home to one of the state’s most impressive pieces of architecture: the Tunkhannock Creek Viaduct. Also known as the Nicholson Bridge, this century-old landmark was a key component in the transportation of industrial goods. Today, the bridge is still used for freight service and is celebrated as a historical landmark by members of the community. 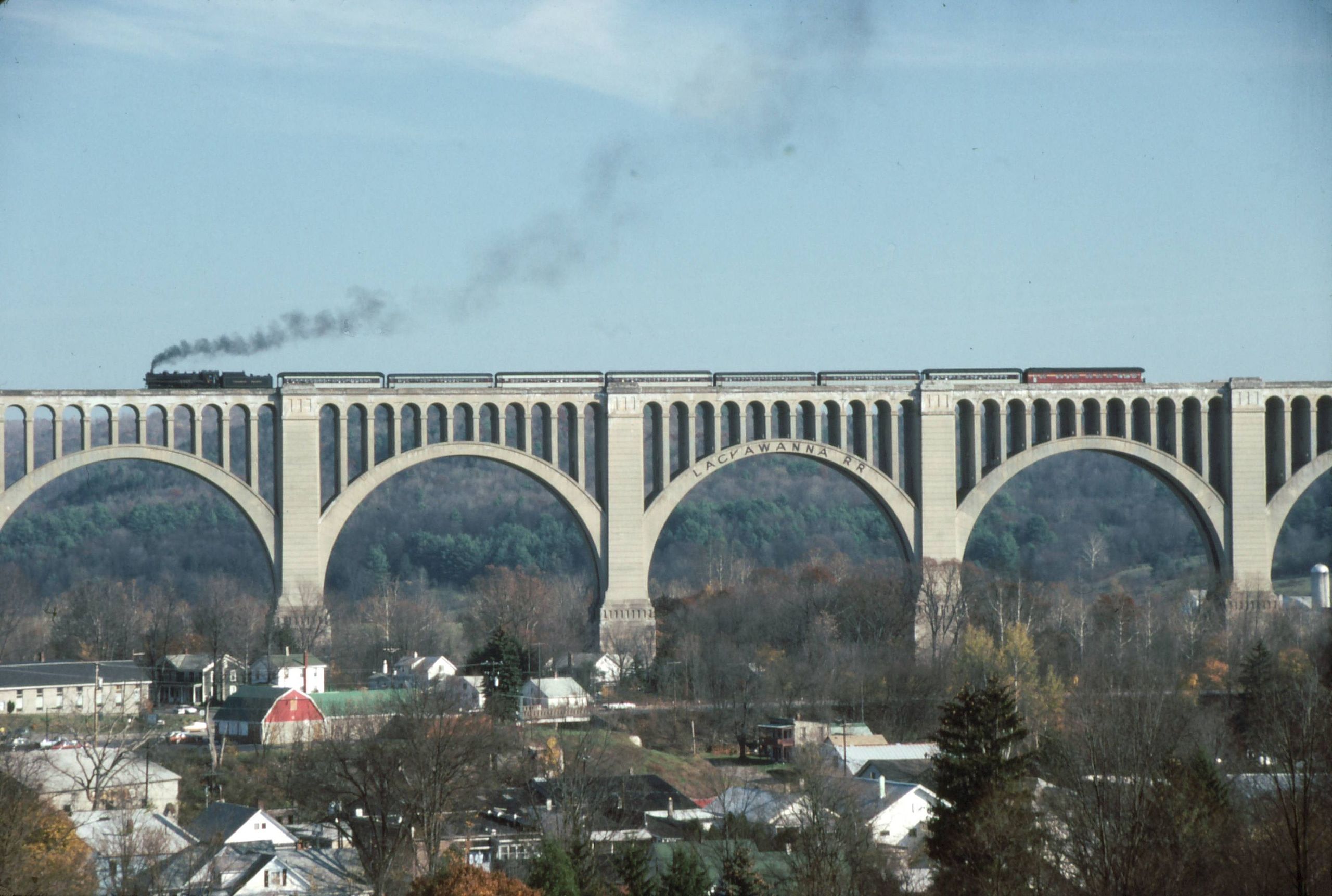 Today, we are spotlighting this town and its mayor, Charles Litwin, who also happens to be a small business owner.

Nicholson has always been a part of Mayor Litwin’s life and he’s had the first-hand experience of seeing the community change and grow with the times. Unfortunately, that also includes some of the hardships rural Pennsylvanian communities have endured in the past decades.

Mayor Litwin recalls the state of Nicholson and surrounding rural areas before natural gas companies came to town, noting that many individuals were struggling to find jobs and provide for their families. Back then, there were few opportunities in the region that kept the town going. Unless you worked at one of the local factories or owned your owned business, finding steady employment was difficult. Even the local agricultural scene struggled as farmers fought to keep afloat.

Because he remained in Nicholson throughout this time, he was able to see the changes that occurred when Cabot and its partners in the natural gas industry came to the region and how these companies have helped to bring life back into small, rural towns like Nicholson.

From welders to truck drivers to well tenders and many other positions, the natural gas industry has offered a wide range of secure, family-sustaining jobs for families.

“Since the natural gas industry has come to northeast Pennsylvania, a lot of folks are employed in the gas industry with Cabot and a lot of the other partners, and it’s been great for families to be able to provide for themselves through the gas industry.”

As an avid fisher, Mayor Litwin commends Cabot for its land restoration and effort dedicated to the environment. He talks of fishing in the same creek for years, before and after Cabot implanted its water withdrawal.