[Editor’s Note: This is one of Robert Bradley’s very best articles as he dismantles the politics that serves as pseudo-science from NOAA.]

Humility in the face of unknowns is a worthy attribute. And when it comes to the Earth’s climate, in the whole and regionally, a prediction can be worse than no prediction.

Enter climate models, the Department of Commerce’s National Oceanic and Atmospheric Administration (NOAA), and politics. And a very bad result for the South this winter. The lack of weatherization in Texas for traditional power plants, in particular, might well have been influenced by the climate narrative of warmer winters. 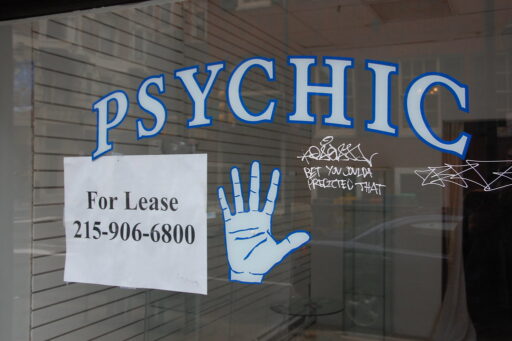 Is that the NOAA phone number? Well, no, it’s probably some property owner or rental agent from Philadelphia, so don’t call, but it does make the point, doesn’t it? NOAA has been playing psychic and has been caught in its own web!

NOAA’s winter forecast for the U.S. favors warmer, drier conditions across the southern tier of the U.S., and cooler, wetter conditions in the North, thanks in part to an ongoing La Nina. Forecasters at NOAA’s Climate Prediction Center — a division of the National Weather Service — are also closely monitoring persistent drought during the winter months ahead, with more than 45% of the continental U.S. now experiencing drought.

Currently, large areas of drought extend over the western half of the U.S., with parts of the Northeast also experiencing drought and near-record low stream flows. With a La Nina climate pattern in place, southern parts of the U.S. may experience expanded and intensifying drought during the winter months ahead.

“With La Nina well established and expected to persist through the upcoming 2020 winter season, we anticipate the typical, cooler, wetter North, and warmer, drier South, as the most likely outcome of winter weather that the U.S. will experience this year,” said Mike Halpert, deputy director of NOAA’s Climate Prediction Center.

The greatest chances for warmer-than-normal conditions extend across the Southern tier of the U.S. from the Southwest, across the Gulf states and into the Southeast. More modest probabilities for warmer temperatures are forecast in the southern parts of the west coast, and from the Mid-Atlantic into the Northeast. Above-average temperatures are also favored for Hawaii and western and northern Alaska.

Below-normal temperatures are favored in southern Alaska and from the northern Pacific Northwest into the Northern Plains, with equal chances for below-, near- or above-average temperatures in the remaining regions….

NOAA’s seasonal outlooks provide the likelihood that temperatures and total precipitation amounts will be above-, near- or below-average, and how drought conditions are favored to change. The outlook does not project seasonal snowfall accumulations; snow forecasts are generally not predictable more than a week in advance.

Seasonal outlooks help communities prepare for what is likely to come in the months ahead and minimize weather’s impacts on lives and livelihoods. Empowering people with actionable forecasts and winter weather safety tips is key to NOAA’s effort to build a more Weather-Ready Nation.

Data-hound Bjorn Lomborg recently noted in response to the “global weirding” fallback cold extremes increasing with every other extreme due to anthropogenic warming):

Based on the Coupled Model Intercomparison Project Phase 5 (CMIP5) daily dataset, we investigate changes of the terrestrial extreme climates given that the global mean temperature increases persistently under the Representative Concentration Pathways 8.5 (RCP8.5) scenario.

Compared to preindustrial conditions, more statistically significant extreme temperatures, precipitations, and dry spells are expected in the 21st century. Cold extremes decrease and warm extremes increase in a warmer world, and cold extremes tend to be more sensitive to global warming than the warm ones.

When the global mean temperature increases, cold nights, cold days, and warm nights all display nonlinear relationships with it, such as the weakening of the link projected after 3 °C global warming, while the other indices generally exhibit differently, with linear relationships.

“Global Weirding” to the Rescue

In trying to square the record cold with global warming, CBS & Kerry (above) settled on the term “global weirding.”

Some people get hung up on the term “global warming” and say, “well, I thought everything’s supposed to get warmer?” I heard one scientist say this is really “global weirding.” Is that a better way to think of this?

I think it’s a very appropriate way to think of it. It’s directly related to the warming even though your instinct is to say, “wait a minute. This is the new ice age.” But it’s not. It is coming from the global warming and it threatens all the normal weather patterns.

Where did the catch-all “global weirding”come from? Thomas Friedman might have popularized it in the New York Times eleven years ago:

Avoid the term “global warming.” I prefer the term “global weirding,” because that is what actually happens as global temperatures rise and the climate changes. The weather gets weird. The hots are expected to get hotter, the wets wetter, the dries drier and the most violent storms more numerous.

The fact that it has snowed like crazy in Washington while it has rained at the Winter Olympics in Canada, while Australia is having a record 13-year drought is right in line with what every major study on climate change predicts: The weather will get weird; some areas will get more precipitation than ever; others will become drier than ever.

If climate change causes everything, it causes nothing. Global weirding is the (central planning, one-world-government) emperor’s new clothes. If that term were not politically correct, or if a fossil fuel company pulled out the explanation for a financial or operational failure, it would be laughed out of the park.