[Editor’s Note: New York’s Climate Act is an exercise in hollow virtue signaling by Empire State’s elites and special interests who just want to feast on green eggs and scam!]

New York’s Climate Leadership and Community Protection Act (Climate Act) includes a legal mandate for New York State to meet the lofty net-zero by 2050 goal to reduce greenhouse gas (GHG) emissions 85% and offset any remaining emissions by sequestering carbon.  This article explains why the Climate Act is a hollow virtue-signaling gesture.  It shows that New York’s emissions are less than half a percent of total global emissions and any decreases in emissions will be replaced by increased emissions from the developing countries trying to provide their citizens the same opportunities provided by fossil-fired electricity that we enjoy.

I have written extensively on implementation of the Climate Act because I believe the ambitions for a zero-emissions economy outstrip available technology such that it will adversely affect reliability and affordability, risk safety, affect lifestyles, will have worse impacts on the environment than the purported effects of climate change in New York, and cannot measurably affect global warming when implemented.   The opinions expressed in this post do not reflect the position of any of my previous employers or any other company I have been associated with, these comments are mine alone.

Climate Act advocates frequently make the point that New York needs to take action because our economy is large.  The 2020 Gross State Product (GSP) ranks ninth if compared to the Gross Domestic Product (GDP) of countries in the world.  However, when New York’s GHG 2016 emissions are compared to emissions from other countries, New York ranks 35th.  More importantly, a country’s emissions divided by its GDP is a measure of GHG emission efficiency.  New York ranks third in this category only trailing Switzerland and Sweden.

Providing universal access to energy should be a moral obligation of the developed countries of the world.  The International Energy Agency (IEA) definition of energy access is “a household having reliable and affordable access to both clean cooking facilities and to electricity, which is enough to supply a basic bundle of energy services initially, and then an increasing level of electricity over time to reach the regional average”.

The IEA definition of electricity access “entails a household having initial access to sufficient electricity to power a basic bundle of energy services – at a minimum, several lightbulbs, phone charging, a radio and potentially a fan or television entails more than just the delivery to the household.”

IEA energy access also stresses the importance of “Household access to safer and more sustainable (i.e. minimum harmful effects on health and the environment as possible) cooking and heating fuels and stoves.”  The IEA clean cooking access database refers to “households that rely primarily on fuels other than biomass (such as fuelwood, charcoal, tree leaves, crop residues and animal dung), coal or kerosene for cooking”.  Using that definition, three billion people (40% of the world) don’t have access to clean fuels for cooking.

Close to four million people die prematurely from illness attributable to household air pollution from inefficient cooking practices.  Sadly, the “total number of people globally without clean cooking fuels has changed very little since 2000 – only falling from 3.1 to 3.03 billion since the turn of the century”. In order to address these inequities and resolve a preventable health crisis it is not surprising that developing countries are turning to fossil fuels.

Duggan Flanakin recently noted that China and India both announced that their priority is economic development and if it takes oil, coal, and natural gas to do that then they will develop those fuels. Flanakin explained:

India is projected to lead world oil demand growth, thanks to a five-fold increase in per capita [mostly fossil fuel powered] car ownership. The nation, already the world’s fourth largest energy consumer (behind China, the U.S., and the EU), is now the fastest-growing market for natural gas. India is on a path toward rises in demand of 75 percent for oil, 30 percent for coal, and 50 percent overall in the next decade or two. 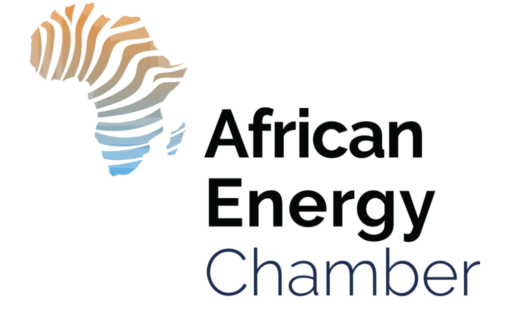 NJ Ayuk, Executive Chairman of the African Energy Chamber, spoke for much of Africa when he noted, that:

The threat of climate change is real, and the goal of lessening it is noble, but what is often forgotten in these discussions are the repercussions of a rapid shift from fossil fuels, particularly in developing nations like those in Africa. Countries that have enjoyed over a century of energy development and near-universal electrification did so first by exploiting their own natural resources to the fullest extent possible — a right not everyone has been able to exercise equally. While the developed world can afford to take risks and think about sloughing off old industries, large parts of Africa are still struggling to provide their people with reliable electricity. As a result, industrialization and economic stability have remained out of reach for large swaths of the continent. Education, already a challenge in impoverished communities, is even harder. So is the provision of health care.

He concluded that these are “some of the reasons the African Energy Chamber has become an outspoken advocate for continued natural gas production”.  It also explains why increased GHG emissions from the developing countries will continue to increase and why that is a good thing.

When the Climate Act eliminates New York’s greenhouse gas emissions the effect on global warming will not be measurable.  The expected impact on global warming is only 0.01°C by the year 2100 so the effect of New York’s reductions on global warming will be too small to measure, More importantly, New York’s emissions will be negated in a matter of months by countries in the developing world building their energy systems with reliable and affordable fossil fuels.  As shown here to deny those countries the benefits of poverty alleviation, economic growth, and improved living standards provided by fossil-fueled electricity is immoral. The Climate Act is a hollow virtue-signaling gesture.