New York is blindly pushing ahead with a climate plan that subsidizes “green energy” on behalf of special interests while sticking it to ratepayers and Upstate!

No one grasps so well the shell game New York State is playing with electric ratepayers as our friend Roger Caiazza, who blogs at Pragmatic Environmentalist of New York. He kindly allows us to repost his excellent material from time to time. His influence has, too, grown as others realize he understands, far better than most, what is happening as New York, where politicians more committed to special interests than the public welfare endeavor to impose the costs of their sellout on ratepayers, taxpayers and, especially, Upstate New York. The New York State Energy Research and Development Authority (NYSERDA) is one of the primary vehicles being employed for this purpose. 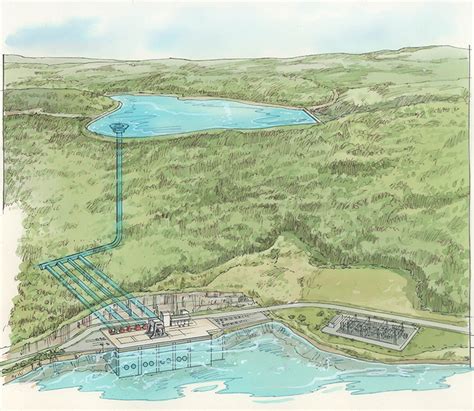 Roger just published a post that gets at all this with important detail showing how the shell game is being played. It starts with bureaucratic mumbo-jumbo issued by NYSERDA and others, all seemingly designed to purposely confuse ratepayers with a mishmash of agencies, acronyms and agendas. His article analyzes the residential cost impacts of two recently announced New York State Energy Research and Development Authority (NYSERDA) contracts. One is with Clean Path New York LLC (CPNY) for a project of the same name. The other is H.Q. Energy Services (U.S.) Inc. (HQUS) for its Champlain Hudson Power Express (CHPE) project.

These contracts are intended to supply the energy needed for the grand Climate Action Council program, which is supposed to reduce New York City’s reliance on fossil fuels, but who will pay the bill is the question, as Roger explains (emphasis added):

The Climate Action Council is responsible for preparing the Scoping Plan that will “achieve the State’s bold clean energy and climate agenda.”  Starting in the fall of 2020 seven advisory panels developed recommended policies to meet the targets that were presented to the Climate Action Council in the spring of 2021.  Over the summer of 2021 [NYSERDA] and its consultant Energy + Environmental Economics (E3) prepared an integration analysis to “estimate the economy-wide benefits, costs, and GHG emissions reductions associated with pathways that achieve the Climate Act GHG emission limits and carbon neutrality goal.”  The integration analysis implementation strategies have been incorporated into the draft Scoping Plan.  On December 20, 2021 the Climate Action Council voted to release the Scoping Plan for public comment on December 30, 2021…

According to the NYSERDA Tier 4 webpage:

The Public Service Commission’s October 15, 2020 Order [PDF]establishes a new Tier 4 within the Clean Energy Standard (CES) in response to NYSERDA’s CES White Paper. The new Tier 4 will increase the penetration of renewable energy into New York City (NYISO Zone J), which is particularly dependent on polluting fossil fuel-fired generation. NYSERDA’s CES White Paper found that without displacing a substantial portion of the fossil fuel-fired generation that New York City currently relies upon, the statewide 70 by 30 Target would be difficult to achieve. Through Tier 4, the State will procure the unbundled environmental attributes (in the form of Tier 4 RECs) associated with renewable generation delivered into Zone J. These environmental attributes include the avoidance of GHG emissions, as well as the avoidance of local pollutants such as NOx, SOx, and fine particulate matter.

On November 30, 2021 New York Governor Kathy Hochul announced that finalized contracts for two projects to meet this solicitation had been awarded.  In order to complete this process NYSERDA and the Department of Public Service (DPS) submitted “a petition for approval this Petition and two contracts for renewable energy credits (RECs) entered into under Tier 4 of the Clean Energy Standard (CES).”  These documents are available on the DPS website for this matter.  For the reader’s information and because trying to access the DPS website is a challenge I have posted the petition, press release, cost analysis, and the contracts on this website.

Notice how NYSERDA communicates with a string of acronyms (Tier 4, Zone J, RECs, CES…blah, blah, blah) all of which obfuscates the key point that this is merely a shell game. “Unbundled environmental attributes” (code for phony credits assigned to the supposed benefits of Upstate solar and wind projects) are assigned values. These are then, by the magic of environmental bookkeeping no one understands, transferred to New York City. The costs are subsequently allocated to ratepayers across the entire state. This hides them as effectively as possible and allows everyone to pretend fossil fuels are no longer being used, even though they are still essential and provide the bulk of the real energy used in New York City:

The CHPE project is an underground transmission line from Quebec to New York City that will deliver 1,250 MW of hydro generation from Hydro Quebec.  Both projects terminate in New York City so that it can be considered “in-city” generation…

I call your attention to the CPNY capacity factor for the new Tier 4 renewable generation.  The only way that high a capacity factor for renewable generation is possible is if there is substantial energy storage and the project plan is to use the Blenheim Gilboa pump storage facility.  Here’s the thing, Blenheim Gilboa was built in 1973.  It has been in daily use storing energy when prices are low and producing energy when prices are high.  It does not represent anything new even if the plan is to use it differently.  The capacity factor of the new renewables will be much less than 74.9% however this is packaged to fulfill the contract.  It shows the degree of desperation of the State that they are trying to sell this renewable resource as contracted.

The costs of program payments for the purchase of Tier 4 RECs from the projects are projected as $5.9 – $11.6 billion, equating to an estimated increase in customer electric bills of 2.1 – 4.1% (or $2.08 – $4.08 per month for the average residential customer) on average across the State for the 25-year period of the Tier 4 contracts. The range of these projections reflects future uncertainties including energy and capacity prices and includes the benefits to ratepayers from the expected purchase of Tier 4 RECs by the City, which reduces the ratepayer impact by $0.8-$1.7 billion. Additional cost reductions could occur as a result of federal transmission tax credits, which could reduce the remaining costs of Tier 4 to ratepayers to 1.8 – 3.8%. Voluntary purchase of Tier 4 RECs by New York City organizations with interest in switching to renewable energy could reduce ratepayer impact even further.

Program costs will be borne by ratepayers based on electric load. For instance, ConEdison customers with 40% of the State’s load will contribute 40% of the cost, and National Grid customers 23%, reflecting their load. However, because upstate customers tend to have lower electricity bills to start with, the percentage bill impacts tend to be higher upstate than downstate, with National Grid customers experiencing around twice the percentage bill increase as that of ConEdison customers. This underscores the importance of voluntary Tier 4 REC purchases by the City, as described above, in order to manage these upstate impacts.

The last bit of bolded language is a tipoff of another aspect of the shell game. Upstaters are not only being saddled with the aesthetic and environmental impacts of solar and wind projects but these facilities are also completely uneconomical. therefore, Upstaters will have to pay the higher rates to help New York State pretend it is making New York City far less dependent on natural gas. Gas, though, is clean and perfectly satisfactory for addressing the latter’s energy needs absent the obsession with unsettled global warming claims.

And, the above doesn’t even touch on the bigger issues down the road, as Roger notes:

Of course, this is just a fraction of the expected residential rate increase.  New York also has to find a way to subsidize the expected solar energy, energy storage, and zero-carbon firm resource capacity needed.  There are also all sorts of less obvious costs to the electric consumers.  Someone also has to pay to upgrade the local distribution systems to handle all electric homes that have electric vehicles, install interactive meters, and pay for all the hidden costs that New York has foisted upon the electricity providers like public chargers for electric vehicles.  Don’t forget that consumers also have to absorb the added costs for electrifying their homes and transport too…

It is not clear why ratepayers have to subsidize renewable energy development if those resources are, in fact, cheaper than other energy resources.  The transparent manipulation of the Clean Path New York contract to provide more reliable energy using existing pumped storage energy resources demonstrates the State is desperate to fund these projects by any means, fair or foul.

Read the whole thing to get a more complete picture, but it’s clear New York is making it up as it goes along, hiding the true costs to ratepayers and sticking it to Upstate yet again. That much we know already.