O Canada, We Stand on Guard for Thee, But Where Are You?

O Canada, We Stand on Guard for Thee, But Where Are You?

[Editor’s Note: Canada has taken a beating recently in the widely reported Ottawa protests and the barely reported attack on a British Columbia pipeline operator.]

Canada has suffered through several painful experiences recently and official reactions there have been astonishing, one for its breathtaking overreach and the other for its unfathomable lack of outrage. Media reactions have been comparable as one of the events has been covered with a tone often lying somewhere between dismissive and hostile while the other has been reported only minimally. 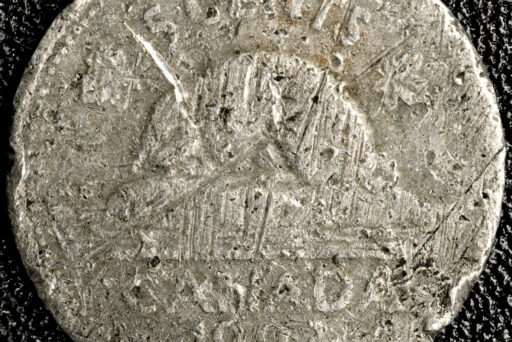 This beaten up Canadian nickel says it’s all about the current state of freedom in the nation and its priorities today. Photo: Copyright Bob Tomaine

A search for “Canada truckers protest” turns up no shortage of examples of media bias such as “right-wing” and “white-supremacist” either as descriptions for participants or just tossed out to add a little color to the story.  In short, plenty of media effort has been devoted to discrediting and/or ridiculing the protestors. The BBC felt a need to slip “conservative” in near the top of its piece early in the protest before moving on to “extremist rhetoric,” “far-right groups” and “fringe elements.” PressProgress headlined an analysis with “Meet the Extremists and Social Media Influencers at the Centre of the Far-Right Siege of Ottawa.”

The protestors and their trucks were eventually cleared out, but based on information from Newsweek and the CBC, they apparently had more support than the media reports suggested. It does seem, though, that police were far more enthusiastic than towing companies about their work.

That’s not especially surprising, given that Prime Minister Justin Trudeau had invoked Canada’s Emergencies Act rather than meet with the protestors in Ottawa. Of course, there’s also the sense of empowerment that goes along with the mindset illustrated in a statement from Ottawa police that “we will actively look to identify you.”

A Royal Canadian Mounted Police statement on the enthusiasm post mentioned above doesn’t say that the reports are accurate – just as it doesn’t say that they’re not – but they “are looking into the matter.” One video, while not documenting anything even close to such actions on the part of police, does show (between about 20:00 and 28:00 is the important part. At about 25:10 is the really important part), that they placed protestors in a position that might gently be described as “overmatched,” as does this CBC report with its slightly smug tone coming through unmistakably.

So what does any of this have to do with natural gas?

The headline on a Pipeline Online article couldn’t be clearer and it’s interesting to compare photos of the Ottawa protest with those at Coastal GasLink’s site. Somehow, a bunch of people standing around, blowing horns and waving Canadian flags and signs just doesn’t compare to the images of the seriously damaged off-road trucks and heavy equipment. And it’s doubtful that anyone on the streets in Ottawa – police or protestor – went through anything like what this Coastal GasLink security officer experienced that night.

Sadly, the attack hasn’t generated the amount of coverage given to the Ottawa protests, but it’s not been completely invisible and it is being investigated.

Like Brian Zinchuk at Pipeline Online, Wayne Dupree gets it. Whether the rest of the media and their friends in the Ottawa government do is another matter.