Obama Got It Right A Decade Ago But Biden Never Will

Obama Got It Right A Decade Ago But Biden Never Will

[Editor’s Note: Barack Obama was a radical, but no fool. He grasped that an oil crisis needed to be addressed the old-fashioned way, by producing more here, by Biden? No clue.]

It was ten years ago in the pipe yard of Cushing, Oklahoma, when oil prices were high and consumers were chafing at the pump. And hesitation not, President Obama gave a pro-oil speech that the Progressive Left fumed over. But Biden should have backbone–or at least his puppeteers a heart for average Americans with the driving season just ahead.

Remember Obama’s Cushing Oil Moment in light of DOE Secretary Jennifer Granholm’s plea to the oil and gas industry for more output right now. (“We are on a war footing—an emergency—and we have to responsibly increase short-term supply,” she said at CERAWeek ’22. “And that means you producing more right now, where and if you can.”)

The speech of ten years ago follows:

“Remarks by the President on American-Made Energy“

It is good to be back in Oklahoma.  I haven’t been back here since the campaign, and everybody looks like they’re doing just fine.  Thank you so much for your hospitality.  It is wonderful to be here.

Yesterday, I visited Nevada and New Mexico to talk about what we’re calling an all-of-the-above energy strategy.  It’s a strategy that will keep us on track to further reduce our dependence on foreign oil, put more people back to work, and ultimately help to curb the spike in gas prices that we’re seeing year after year after year.

So today, I’ve come to Cushing, an oil town, because producing more oil and gas here at home has been, and will continue to be, a critical part of an all-of-the-above energy strategy.

Now, under my administration, America is producing more oil today than at any time in the last eight years.  That’s important to know.  Over the last three years, I’ve directed my administration to open up millions of acres for gas and oil exploration across 23 different states.

We’re opening up more than 75 percent of our potential oil resources offshore.  We’ve quadrupled the number of operating rigs to a record high.  We’ve added enough new oil and gas pipeline to encircle the Earth and then some.

So we are drilling all over the place — right now.  That’s not the challenge.  That’s not the problem.  In fact, the problem in a place like Cushing is that we’re actually producing so much oil and gas in places like North Dakota and Colorado that we don’t have enough pipeline capacity to transport all of it to where it needs to go — both to refineries, and then, eventually, all across the country and around the world.

There’s a bottleneck right here because we can’t get enough of the oil to our refineries fast enough.  And if we could, then we would be able to increase our oil supplies at a time when they’re needed as much as possible.

Now, right now, a company called TransCanada has applied to build a new pipeline to speed more oil from Cushing to state-of-the-art refineries down on the Gulf Coast.  And today, I’m directing my administration to cut through the red tape, break through the bureaucratic hurdles, and make this project a priority, to go ahead and get it done.

Now, you wouldn’t know all this from listening to the television set.  This whole issue of the Keystone pipeline had generated, obviously, a lot of controversy and a lot of politics.  And that’s because the original route from Canada into the United States was planned through an area in Nebraska that supplies some drinking water for nearly 2 million Americans, and irrigation for a good portion of America’s croplands.  And Nebraskans of all political stripes — including the Republican governor there — raised some concerns about the safety and wisdom of that route.

So to be extra careful that the construction of the pipeline in an area like that wouldn’t put the health and the safety of the American people at risk, our experts said that we needed a certain amount of time to review the project.  Unfortunately, Congress decided they wanted their own timeline — not the company, not the experts, but members of Congress who decided this might be a fun political issue, decided to try to intervene and make it impossible for us to make an informed decision.

So what we’ve said to the company is, we’re happy to review future permits.  And today, we’re making this new pipeline from Cushing to the Gulf a priority.  So the southern leg of it we’re making a priority, and we’re going to go ahead and get that done. The northern portion of it we’re going to have to review properly to make sure that the health and safety of the American people are protected.  That’s common sense.

But the fact is that my administration has approved dozens of new oil and gas pipelines over the last three years -– including one from Canada.  And as long as I’m President, we’re going to keep on encouraging oil development and infrastructure and we’re going to do it in a way that protects the health and safety of the American people.  We don’t have to choose between one or the other, we can do both.

What you also need to tell them is anybody who says that just drilling more gas and more oil by itself will bring down gas prices tomorrow or the next day or even next year, they’re also not paying attention.  They’re not playing it straight.  Because we are drilling more, we are producing more.  But the fact is, producing more oil at home isn’t enough by itself to bring gas prices down.

And the reason is we’ve got an oil market that is global, that is worldwide.  And I’ve been saying for the last few weeks, and I want everybody to understand this, we use 20 percent of the world’s oil; we only produce 2 percent of the world’s oil.  Even if we opened every inch of the country — if I put a oil rig on the South Lawn if we had one right next to the Washington Monument, even if we drilled every little bit of this great country of ours, we’d still have to buy the rest of our needs from someplace else if we keep on using the same amount of energy, the same amount of oil.

The price of oil will still be set by the global market.  And that means every time there’s tensions that rise in the Middle East — which is what’s happening right now — so will the price of gas.  The main reason the gas prices are high right now is because people are worried about what’s happening with Iran.  It doesn’t have to do with domestic oil production.  It has to do with the oil markets looking and saying, you know what, if something happens there could be trouble and so we’re going to price oil higher just in case.

That means producing more biofuels, which can be great for our farmers and great for rural economies.  It means more fuel-efficient cars.  It means more solar power.  It means more wind power — which, by the way, nearly tripled here in Oklahoma over the past three years in part because of some of our policies.

We want every source of American-made energy.  I don’t want the energy jobs of tomorrow going to other countries.  I want them here in the United States of America.  And that’s what an all-of-the-above strategy is all about.  That’s how we break our dependence on foreign oil.

Now, the good news is we’re already seeing progress.  Yesterday, I went, in Nevada, to the largest solar plant of its kind anywhere in the country.  Hundreds of workers built it.  It’s powering thousands of homes, and they’re expanding to tens of thousands of homes more as they put more capacity online.

After 30 years of not doing anything, we finally increased fuel-efficiency standards on cars and trucks, and Americans are now designing and building cars that will go nearly twice as far on the same gallon of gas by the middle of the next decade.  And that’s going to save the average family $8,000 over the life of a car.  And it’s going to save a lot of companies a lot of money because they’re hurt by rising fuel costs, as well.

All of these steps have helped put America on the path to greater energy independence.  Since I took office, our dependence on foreign oil has gone down every single year.  Last year, we imported 1 million fewer barrels per day than the year before.  Think about that.  America, at a time when we’re growing, is actually importing less oil from overseas because we’re using it smarter and more efficiently.  America is now importing less than half the oil we use for the first time in more than a decade.

So the key is to keep it going, Oklahoma.  We’ve got to make sure that we don’t go backwards, that we keep going forwards.  If we’re going to end our dependence on foreign oil, if we’re going to bring gas prices down once and for all, as opposed to just playing politics with it every single year, then what we’re going to have to do is to develop every single source of energy that we’ve got, every new technology that can help us become more efficient.

And that’s what America has always been about, is building the future.  We’ve always been at the cutting-edge.  We’re always ahead of the curve.  Whether it’s Thomas Edison or the Wright Brothers or Steve Jobs, we’re always thinking about what’s the next thing.  And that’s how we have to think about energy.  And if we do, not only are we going to see jobs and growth and success here in Cushing, Oklahoma, we’re going to see it all across the country.

All right?  Thank you very much, everybody.  God bless you.  God bless the United States of America.

Editor’s Note: Amazing to read Obama’s words of a decade ago. He meant little of it, of course. But, unlike the cracked and wrinkled empty dried out corn husk that is Joe Biden, he understood he had to surrender to reality from time to time and tell his radical constituency and closest academic extremist advisors to buzz off so he could give the people what they needed right then and now or else. The alternative was personal political destruction, but Joe Biden, of course, hasn’t the faintest idea what he said 10 minutes ago, let alone what an administration he was part of 10 years ago said. 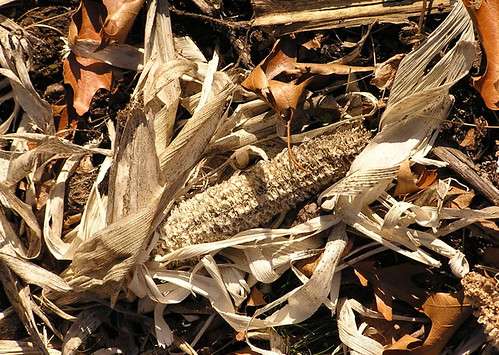