[Editor’s Note: Offshore wind is an economic debacle everywhere tried and New England is about to face the reality that such stupid solutions won’t ever replace fossil fuels.]

It’s a perfect storm that might just overcome the taxpayer largesse of the federal subsidies (DOE and IRS) and rate averaging for captive ratepayers. With offshore wind experimental and extra-uneconomic, the worst can be assumed. 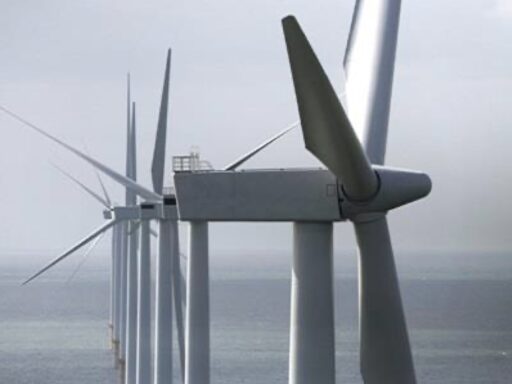 A major offshore wind project in the Massachusetts pipeline “is no longer viable and would not be able to move forward” under the terms of contracts filed in May. Both developers behind the state’s next two offshore wind projects are asking state regulators to pause review of the contracts for one month amid price increases, supply shortages and interest rate hikes….

A one-month freeze, the developer said, “would give the parties an opportunity to evaluate the current situation facing the project and potentially agree upon changes to the PPAs, along with other measures, that could allow the project to return to viability.”

“As has been publicly reported in recent weeks, global commodity price increases, in part due to ongoing war in Ukraine, sharp and sudden increases in interest rates, prolonged supply chain constraints, and persistent inflation have significantly increased the expected cost of constructing the project. As a result, the project is no longer viable and would not be able to move forward absent amendments to the PPAs,” attorneys for Commonwealth Wind wrote in their motion.

The developer’s brief highlights “cost saving measures, tax incentives under the newly enacted Inflation Reduction Act, an increase in the PPA prices, and improvements to Project efficiencies” as the possible approaches to restoring their project to viability. The developer also said that it “remains fully committed to the project and to delivering cost-effective renewable energy from the project to the residents and businesses of Massachusetts in a manner that advances the purposes of [the state’s clean energy law] and the Commonwealth’s energy and climate policies.”

Commonwealth Wind said that “the IRA benefits to the project are not fully known at this time and not anticipated to make the project economic absent other changes to the PPAs,” but told DPU that it “believes there may be potential opportunities to share benefits associated with the IRA with ratepayers and would be willing to explore those opportunities with stakeholders.”

It is unclear when a DPU decision will come, but the agency had previously set a Tuesday deadline for briefs related to the latest offshore wind contract….

The above article comes from the New Bedford Light, not the New York Times. But if the impasse continues without additional subsidies from Massachusetts authorities or captive ratepayers, it will deserve national attention.

One can only hope that local ratepayers reject associated rate hikes and preserve their shorelines at the same time. And may Commonwealth Wind’s problems serve as a warning that not only nuclear (Plant Vogtle) but also offshore wind is subject to significant risk to its developers.