On Friday, April 15, President Joe Biden announced 144,000 acres of the federal mineral estate opened for oil and gas leasing—just 0.00589 percent of the 2.46 billion acres the American people own. Along with this announcement, Biden increased the rents on leased land and the royalties companies must pay on every barrel of oil and every cubic foot of natural gas produced.

Of course, those increases will raise the price of domestically produced oil and therefore gasoline, diesel, natural gas and propane. Biden and his administration are trying to make Americans believe they are doing everything they can to lower gasoline and energy prices, but their wider array of actions shows this to be untrue. 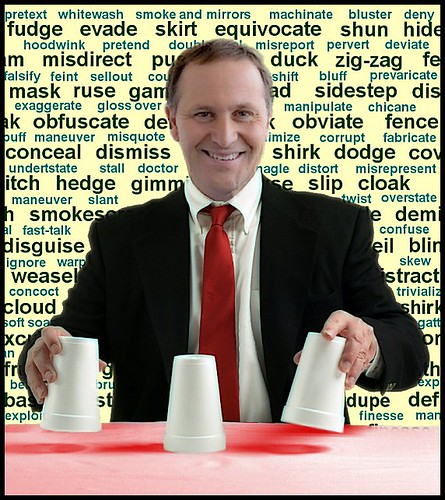 In the latest announcement, the Bureau of Land Management will offer around 173 parcels on 144,000 acres of federal land—an 80 percent reduction from the acreage originally being considered for leasing. According to the Interior Department, the reduced amount of land being offered was due to a “robust environmental review” and engagement with Native tribes and local communities. The department plans on offering new leases near existing oil and gas infrastructure and will report greenhouse gas emissions that would result from oil and gas drilling on federal lands.

The increased royalty rate is set at 18.75 percent, a 50 percent increase from the current 12.5 percent. An Interior Department report issued in November recommended that rates be increased because the federal rates are lower than those on state and private land. However, the federal rate has long been lower in recognition of the more onerous federal permitting process.

The Biden administration took 182 days to issue a drilling permit last year compared with just a few days for the state of Texas. Time delays carry a monetary value. The leasing moratoria that Biden put in place when he first took office has increased the cost of new investment and this new proposal will also increase costs on American energy development and for consumers.

The Interior Department also recommended new restrictions on what lands are made available for oil and gas development—a shift from the current practice in which most federal lands are open. Federal lands are a major source of American energy, supplying about 25 percent of U.S. oil production and more than 10 percent of its natural gas production.

Biden’s ploy is to duck political responsibility for high energy prices so Americans will be fooled into believing that he is doing what he can to reduce gasoline prices. Americans should not be fooled. These changes are likely to further discourage oil and natural gas investment on federal lands.

According to a report by the Congressional Research Service, numerous provisions in law affect revenue collection and disbursements from oil and natural gas leases. The Federal Land Policy Management Act establishes statutory authority for the Bureau of Land Management to manage the federal mineral estate. Onshore oil and natural gas are defined as leasable minerals, governed by the Mineral Leasing Act of 1920.

Some key provisions in that law include a 12.5 percent minimum royalty rate; 40 percent of revenues arising from oil and gas leasing on federal lands in states other than Alaska are deposited into the Reclamation Fund; and states other than Alaska receive 50 percent of revenues from extraction operations in those states (Alaska receives 90 percent in lieu of reclamation funding).

Disbursements to states are assessed a 2-percent administration fee, which is deposited in the Treasury. Leases are sold to the highest bidder (at or above the required minimum bid) during competitive auctions, or are obtained non-competitively if they fail to sell at auction.

On the Friday before a holiday, the Biden administration announced the leasing of 144,000 acres of federal land to oil and gas development—just 0.00589 percent of the mineral estate—as a ploy to make Americans believe he is doing all he can to lower gasoline prices. He also announced higher rents on leased land and 50 percent higher royalty rates on the oil produced, supposedly to help taxpayers get the true value of the leased land. Instead, it will do the opposite by reducing investment for more oil development on federal lands and by upping the cost to produce the oil.

This is not the time to make upward cost changes to long-standing fair and reasonable lease terms that will only end up charging Americans more at the pump. Reducing investment to energy development on federal lands and increasing costs of production resulting from these Biden administration actions will reduce revenues that aid state and federal government budgets as well as local communities that also benefit from the fees.

President Biden has been consistent in his attacks on U.S. energy production even while begging other nations to produce more energy to lessen the impacts of price increases on American consumers. His latest actions only confirm that he intends to abide by his campaign promise to “end fossil fuels.”