…
[Editor’s Note: OPEC is being blamed by Biden for gas prices and yet being begged by him to produce more oil, but the problem is Biden himself, who is killing here at home.]

Seemingly daily, President Biden or senior members of his administration have issued calls for the Organization of Petroleum Exporting Countries (OPEC) to increase oil production to address rising gas prices. The implication of these calls is that OPEC supply limits are to blame for rising oil prices. However, the actual data contradicts this narrative. OPEC production has already returned close to pre-coronavirus pandemic levels, it is production in the United States, the world’s largest oil producer, that has not recovered.

In the first three months of 2020, OPEC crude oil production averaged just over 28 million barrels per day (bpd), down somewhat from the 2019 average. In October, OPEC produced around 27.5 million bpd, with additional scheduled production increases by December that would increase production well past 28 million bpd. 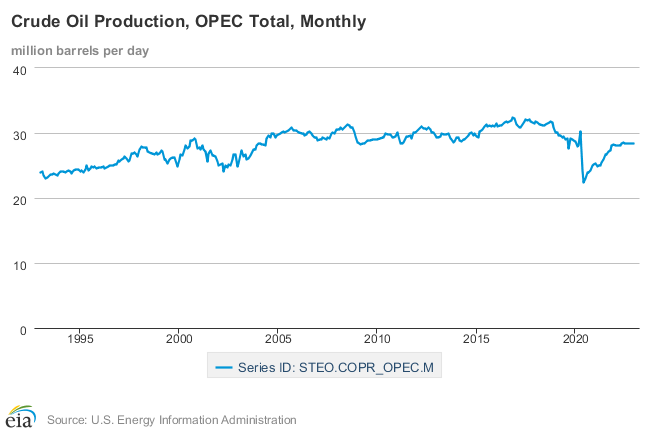 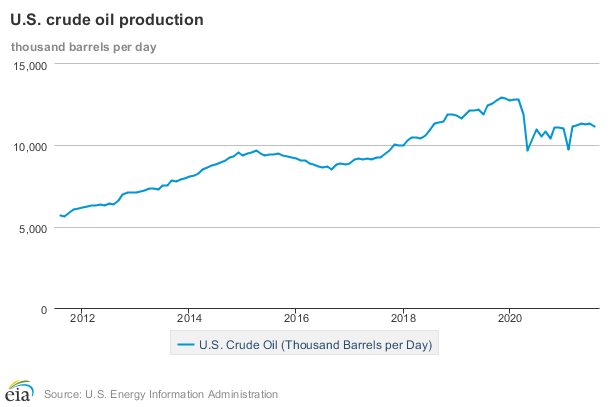 If More Oil is Needed, Produce it Here!

As the CEO of Occidental Petroleum recently noted, if President Biden wants more oil to be produced to ease gas prices, he doesn’t need to call OPEC, he can make a local call. The United States, still the world’s largest oil producer, has plenty of reserves and production capacity. Short-term actions like releasing oil from the Strategic Petroleum Reserve won’t do anything for oil prices, but more domestic oil production certainly would. If the administration wants to lower oil prices, they should get out of the way of domestic producers.

Editor’s Note: Let me repeat some of what I said several days ago. “Joe Biden is…a disposable tool of these extremists who want to destroy America and replace it with a totalitarian state where an unholy alliance of global corporatists and ideologues eager to ride their greed into power are finally put in charge. They seek to dispense with the rest of us as mere serfs. Everything about Biden’s Wu-Flu response and absurd upside-down, inside-out energy policies is explainable once one grasps this hard truth.” It’s also worth adding this; Biden is doing every single thing an enemy of this country would do to destroy it. He is selling us out to China, Russia and the globalists of the World Economic Forum who aim to control all of us in Lex Luthor style. He and they are using global warming and COVID as the weapons of destruction.