Do an internet search on Cumbria coal mine it is readily apparent we may well have already reached peak climate hysteria, but is it really peak corruption?

Brendan O’Neill, at Spiked, makes a compelling case we may have reached peak climate hysteria. He uses the crazy reaction of climate cultists to the opening of a coal mine in the UK to illustrate, noting that “Once upon a time it was mass murder, extermination, enslavement and the forced deportation of a people that were considered crimes against humanity.” Now, it’s a coal mine that will create 500 new jobs and produce desperately needed energy for Britains. Tomorrow it will be fracking again.

It’s a wonderful article that puts things in perspective, noting how greens keep shrieking all the louder, using ever bombastic language and attacking new targets with farmers being among the new enemies of the planet. Yet, it may have missed the bigger point; that we may also be reaching peak corruption and that could turn out to be a profoundly good thing. 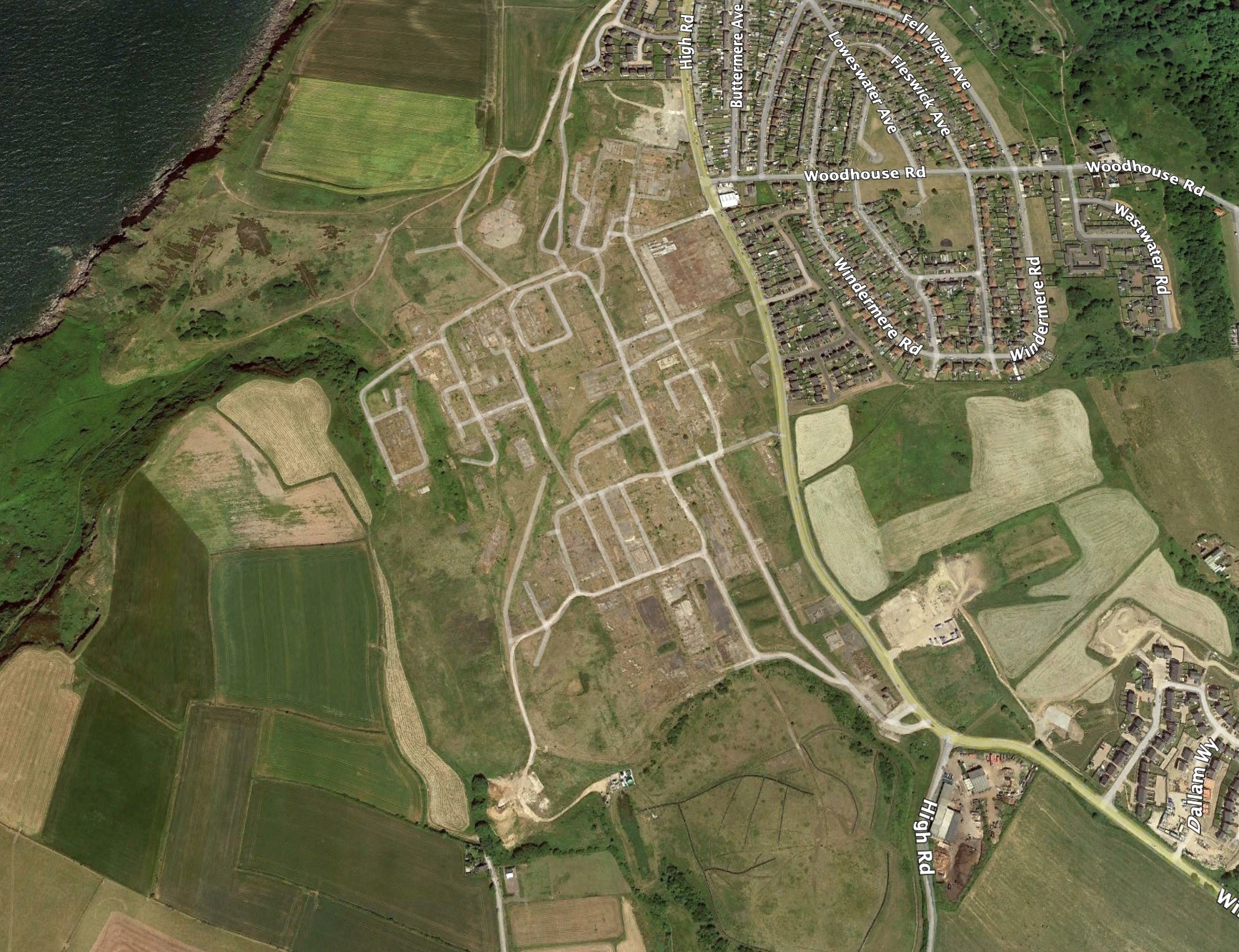 Whitehaven, Cumbria, UK site of new proposed coal mine that serves as example of peak climate hysteria that killed fracking twice even though the nation desperately needs energy.

Here is a bit more of O’Neill’s conclusion:

The controversy over Cumbria really shows how antagonistic the ideology of environmentalism is to the interests of the working classes. Boiled down, what we have here are privileged members of the laptop classes screaming ‘Apocalypse!’ because 500 people got jobs in an industry they don’t like. You couldn’t have asked for clearer proof that eco-hysteria is a threat to reason, rational discussion and the right of ordinary people to work and be autonomous.

That’s very well said and if, in fact, we have reached peak climate hysteria, we can look forward to some restoration of reason with respect to the whole global warming debacle.

There are signs it’s happening. We have had five decades of failed predictions of disaster just around the corner based on models that don’t work when practically applied. The science is junk, the goals are arbitrary and the outcomes of the policies proposed are routinely worse than what has been speculated as to be killing the planet. It’s a farce, but a cruel one and one that the everyday citizenry has begun to recognize for what it is.

What it is, indeed, is another facet of the corruption that has enveloped civil society for the last half-century plus. And, the good news is that it is coming undone. Peak climate hysteria is but one example of how the corruption is bubbling to the surface like a volcano ready to explode. Indeed, the climate cult is no more than the latest example of ideology substituting for religion and providing those lacking the real thing with an alternative way to create meaning in their lives. It’s happened throughout history.

But, the climate cult has been enabled by big money special interests who aim to use it to acquire ever more money and power. There are trillions to be made and tyrannies to be crafted from an energy transition” and that, not green madness, is at the root of things. The madness, mostly unwittingly, serves the masters.

Nevertheless, the corruption is slowly but surely being exposed in massive ways at this very moment. The ESG fraud is coming apart as states and investors reject it, Vanguard being the latest and best example. The Energiewende is crumbling faster than a 3-day old corn muffin. Dutch farmers are fighting back, just as Canadian truckers fought back against the COVID tyranny of the man-child Trudeau, who now realizes he took a step too far in his blind acquiescence to the Teutonic menace Klaus Schwab.

Consumers everywhere are demanding energy at reasonable prices and don’t care a whit about green political correctness. More and more people are speaking out for reason, from Steve Koonin, the author of “Unsettled” to the increasingly visible CO2 Coalition. The climate scam is starting to fall apart.

And, this peak climate hysteria is but example of how the corruption is being revealed. The Twitter files are exposing massive corruption of Big Tech and Big Media, both of which have made themselves the slavish servants of a Deep State run by perpetually sneering elites such as Chris Wray, who want to monitor and manipulate everything we do, destroying every last civil liberty we possess.

Even more impressive is the fact Elon Musk, who has been anything but a hero to most of us, is making it happen. He values free speech and other cvil liberties, as it turns out, and that puts him on our side in fighting the battle against those who would imprison us in a “Fahrenheit 451” world.

The battle is far from over, of course. COVID launched lockdowns elites viewed as the forerunner of their complete takeover, otherwise known as “The Great Reset.” Now, it appears to have turned against them as the true crimes of Cuomo, Fauci and the CCP continue to be unveiled bit by bit; crimes that literally killed people by a combination of commissions and omissions.

The whole thing has ended up bringing together left and right to fight the corruption. Read Namoi Wolf’s story of going back to Yale if you doubt that. The opposition hasn’t given up, though. Joe Biden “just rescinded executive branch rules that prevent spying on American citizens,” describing it as if it was the opposite, of course.

Notwithstanding the continued efforts of the Big Government, Big Tech and Big Media to suppress us with the help of huge ruling class foundations and NGOs, the people are increasingly aware of what’s been happening. This has, in turn, caused the ideologues in their service to become ever more shrill and less trustworthy, which is what we see with what looks to be peak climate hysteria.

We are winning, in other words, because we’re onto to them and they know it and are acting accordingly. This brings me back one of my favorite observers of the scene, Neil Oliver, with whom I’ll close: