Pennsylvania Gas Is the Key to World Energy Security

Pennsylvania Gas Is the Key to World Energy Security

[Editor’s Note: Pennsylvania gas is at the heart of the solution to the energy security issue for the Commonwealth, the Northeast, Europe and the rest of the world. We have it!]

With Russia’s unjustifiable invasion of Ukraine, democracies around the world were reminded how dangerous it is to rely on energy imports from untrustworthy foreign nations. The conflict has underscored how energy policy and national security are interconnected.

We must invest in our country’s domestic energy production to sustain our own economic security. The United States and Europe should refrain from relying on hostile powers like Russia, Iran and Venezuela for energy that keeps developed economies powered and running. Our leaders must adopt energy polices which encourage energy production. Pennsylvania gas will play an important role in reestablishing America’s energy security. 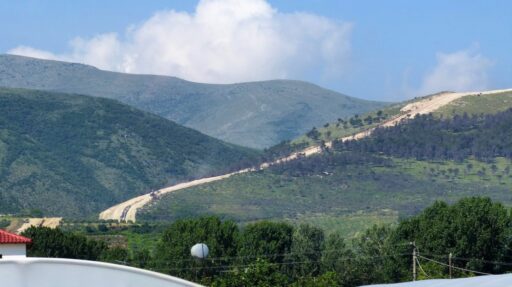 “International Gas Pipeline route from Russia to Europe” by gailhampshire

Europe’s reliance on Russian fuels provides us perspective into the risks of ceding our domestic energy production to foreign nations. Prior to the invasion of Ukraine, Russia hooked Europe on its cheap and abundant supply of natural gas and oil. Over time, Russia continued developing pipeline infrastructure, as European countries became increasingly reliant on its oil and gas. By 2021, Over 41 percent of natural gas and 25 percent of crude oil came directly from Russia throughout the European Union.

This was all a part of the Kremlin’s long term-planning to ensure Europe’s reliance on energy imports in order to exert leverage over the West in future conflicts. Without imports from state-owned Gazprom, European energy prices would skyrocket, and many world economies would not be able to function.

Despite the ongoing conflict in Eastern Europe, the EU has imported roughly $23 billion of fossil fuels per month from Russia since the start of the war. In comparison, the EU imported $12.5 billion per month in 2021. The increased revenues from fuel sales will continue bankrolling Putin’s war machine.

This scenario could have been avoided, but European nations were too eager to sacrifice their ability to domestically produce fossil fuels in the name of reducing carbon emissions. Running a developed economy entirely on renewable energy is unsustainable, while renewable energy cannot keep up with rising demand or provide baseload power. Russia was more than willing to become indispensable by filling Europe’s energy void for Russia’s strategic ends.

Fortunately, it appears that Europe may be reconsidering its purchases of Russian energy. According to the BBC, “The European Union plans to ban all purchases of Russian oil by the end of the year. But there is no consensus yet among EU members on stopping imports of Russian gas.” Europeans are finally serious about neutralizing Putin’s most important export by proposing an embargo. Turning off the Russian spigot is a strong first step, even if it will result in a short-term economic hit. Hopefully this hard lesson will lead to less dependence on energy supplied at the whim of a dictator.

This real-world example should be a cautionary tale for government officials here at home. In fact, Pennsylvania’s crucial primary races, have kept energy issues, particularly the importance of energy independence, at the forefront of the conversation. Our national, state, and local leaders need to encourage polices that ensure our producers, drillers, pipeliners, and skilled workers are in the best position to meet our country’s growing energy needs. The Biden administration’s hostility toward fossil fuels is dangerous and places our economy at the mercy of bad actors who do not have our best interests in mind.

[Editor’s Note: This post regarding Pennsylvania gas appeared originally at Real Clear Energy and is republished here with the permission of the author.]