[Editor’s Note: Phil Murphy, an obviously confused panderbear, is trying to wiggle out of his DRBC vote on Gibbstown with a patently silly excuse.]

The five voting members of the Delaware River Basin Commission (DRBC) met in early December and voted 4-0 (one abstention) to approve a 1,300-foot-long pier in Gibbstown, NJ which will be used to load LNG tankers. One of the “yes” votes was from New Jersey Gov. Phil Murphy. Following withering criticism from radical environmentalists, Phil Murphy has flip-flopped and now says he opposes the LNG export terminal–after he voted in favor of building it. 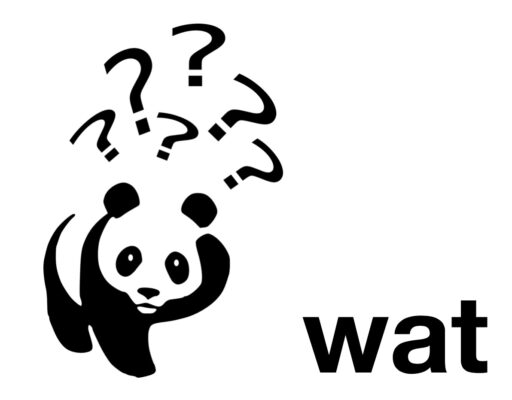 Phil Murphy; is he confused, afraid or just an unprincipled panderbear?

Delaware River Partners LLC, affiliated with New Fortress Energy, plans to build a 1,300-foot-long pier on the old DuPont dynamite factory property along the shoreline of the Delaware River in Gibbstown, NJ. You can read the history of getting this project approved here. The DRBC itself waffled back and forth on whether to approve the project. When they finally reaffirmed their approval in December, the reaction by anti-fossil fuel zealots was swift and predictable. Antis claim that loading LNG onto ships is somehow more dangerous than the old DuPont dynamite factory that used to exist at the same location. Antis also called the leftist Democrat governors of PA, NJ and DE, including Phil Murphy, “climate deniers” following the positive vote in December.

Apparently, the criticism stung and Murphy has changed his mind. He now says what he voted for was dredging to build a dock. Well duh! What did he think the dock was for?! That’s right–for loading LNG onto tanker ships. Murphy now says he will try and block LNG loading at the facility. He’s a typical spineless, swamp-dwelling politician.

Gov. Phil Murphy says he will try to stop a controversial plan to ship liquefied natural gas through New Jersey’s first LNG export terminal at Gibbstown in Gloucester County, two weeks after New Jersey voted to approve the dock’s construction as a member of the Delaware River Basin Commission.

Murphy said in a statement to NJ Spotlight News on Dec. 22 that New Jersey’s vote at the DRBC on the controversial project was on the narrow issue of whether to allow dredging for construction of the dock where LNG would be loaded onto ocean-going tankers. But the statement also said the Murphy administration remains committed to its clean-energy policies, and so would do everything in its power to prevent the new dock being used to transport the fuel.

“The DRBC vote was in support of upholding a dredging permit for the construction of a dock,” Murphy said in a statement issued by his deputy press secretary, Alex Altman, on Tuesday. “It was based upon an extensive and comprehensive scientific and technical analysis of its impact on water quality performed by DRBC staff and examined again during a subsequent hearing.

“The Administration, however, remains unwavering in its commitment to continue advancing critical initiatives to protect the environment and public health for future generations. It will explore all avenues within its authority to prevent the use of this dock for LNG transport,” the statement said. Murphy did not say how he would do that.

The dock would be built as an extension of the Gibbstown Logistics Center, a multi-use port that is being built on the site of a former DuPont explosives plant along the Delaware River.

The project would take natural gas harvested in northern Pennsylvania, super-cool it into LNG at a planned liquefaction plant in the town of Wyalusing, and ship the fuel on trucks and/or trains about 175 miles to Gibbstown where it would be loaded onto tankers for export.

Critics say the plan endangers public safety by transporting the highly explosive fuel through densely populated parts of New Jersey and Pennsylvania in a round-the-clock procession of trucks or trains. They say the project would boost carbon emissions by stimulating fracking for natural gas at a time when all four of the Delaware River Basin’s governors are trying to cut climate-altering emissions. And they say dredging would disturb toxic sediment and imperil endangered fish species in the river.

Ahead of the DRBC’s Dec. 9 meeting, environmental groups gathered more than 100,000 signatures in opposition but the commissioners — the governors of New Jersey, New York, Pennsylvania and Delaware plus the U.S. Army Corps of Engineers — voted to approve the dock construction, affirming their earlier green light for the project in June 2019.

Opposition has been led by the environmental group Delaware Riverkeeper Network, whose deputy director, Tracy Carluccio, scorned the implication in Murphy’s statement that a vote for the dock was not also a vote for the LNG project.

“It doesn’t pass the straight-face test that anyone could believe Gibbstown Logistics Center is not dedicated to and centered on the export of LNG and other liquid hazardous gases,” she said on Thursday, citing regulatory filings and public statements to that effect by the project’s overall developer, New Fortress Energy.

Carluccio argued that there are several legal means by which Murphy can now follow through on his statement. The measures include withdrawing permits issued by the Department of Environmental Protection; addressing other permits that she said have been overlooked by the DEP, and applying regulations that would require a full investigation of the impacts of LNG transfer at the port.

“The proof that this statement is not just the governor saving face for a terrible anti-environmental decision that jeopardizes the public, the state, and the Delaware River, but is a true commitment to stop LNG, will be in the immediate actions New Jersey takes,” she said.

On its face, Murphy’s statement represents a big victory for the environmental community, which was dismayed by the DRBC vote, and on Dec. 21 protested the Democratic governor’s part in it, urging him to block the project through an executive order or several regulatory measures.

In a letter, more than 100 environmental groups said Murphy’s backing of the plan was at odds with other parts of his environmental policy such as promoting offshore wind energy — which was highlighted by Murphy’s announcement, also on Tuesday, of a $250 million plan to build offshore wind farm towers at Paulsboro.

“The extensive land transport and perpetual transloading of LNG required by this project is recklessly dangerous and the proposal to transport it by railcar is unprecedented, untested, and exposes residents and workers to the danger of an accident or derailment that could be catastrophic,” they said.

They also accused the governor of contradicting his own statement in an interview with Politico the day before the vote. The media outlet quoted him as saying: “I’m not supporting an LNG facility there, and I’m certainly hoping it’s not what happens.”

Despite that comment, Murphy’s representative, State Geologist Jeff Hoffman, voted with a majority of the commission to approve the project. In a statement, Hoffman said the Murphy administration recognized the strong public opposition to the LNG project but argued that the commission was deciding on the “narrow” issue of whether to approve construction of the dock.

Despite New Jersey’s vote, the environmentalists urged Murphy to stop the project by executive order; by using a regulation, which implements the state’s new environmental justice law requiring the DEP to consider impacts on communities when issuing permits; or through yet-to-be-released DEP regulations on climate policy, known as Protecting Against Climate Threats (NJ PACT).

The commission, which regulates water supply among the four basin states — New Jersey, New York, Pennsylvania and Delaware — declined to respond to Murphy’s statement, or say whether it would be in conflict with the governor if he now tries to block the LNG transport plan.

“The Commission does not exercise jurisdiction over the surface transport of cargo to regional port facilities; nor does it review or approve the cargo that moves through our region’s ports,” the DRBC said in a statement on Thursday. “We have no comment on matters outside of DRBC’s authority and jurisdiction.”

Delaware River Partners, a New Fortress Energy affiliate that wants to build the dock, did not respond to a request for comment on Murphy’s statement.

Loading LNG at the Gibbstown site is essential to New Fortress Energy’s plan to build an $800 million LNG liquefaction plant built in Bradford County, PA. That plant will be an important new customer for Marcellus gas produced in northeastern PA. Stop the dock facility and you stop the LNG plant and kill off expanded production. The Sierra Club and others are trying to do just that–kill off as much natural gas production (and jobs) as they can. They now have a powerful ally in Gov. Phil Murphy.