Philadelphia Has A Great Future, If We But Welcome It – Part II

[Editor’s Note: Garland Thompson and his associate John Linder lay out an extremely compelling case for the Philadelphia economy if only it will have it.]

On the eve of a new presidential administration, my colleagues and I on the downstream end of the business decided to send out messages that might make sense to government and community leaders in the Lower Delaware Valley who haven’t heard a fair description of the bigger picture this industry represents. We’ve sent the following missive to Barry Seymour, Executive Director of the Delaware Valley Regional Planning Commission, which oversees development projects all over the region. Part I was posted here yesterday. Here’s Part II. 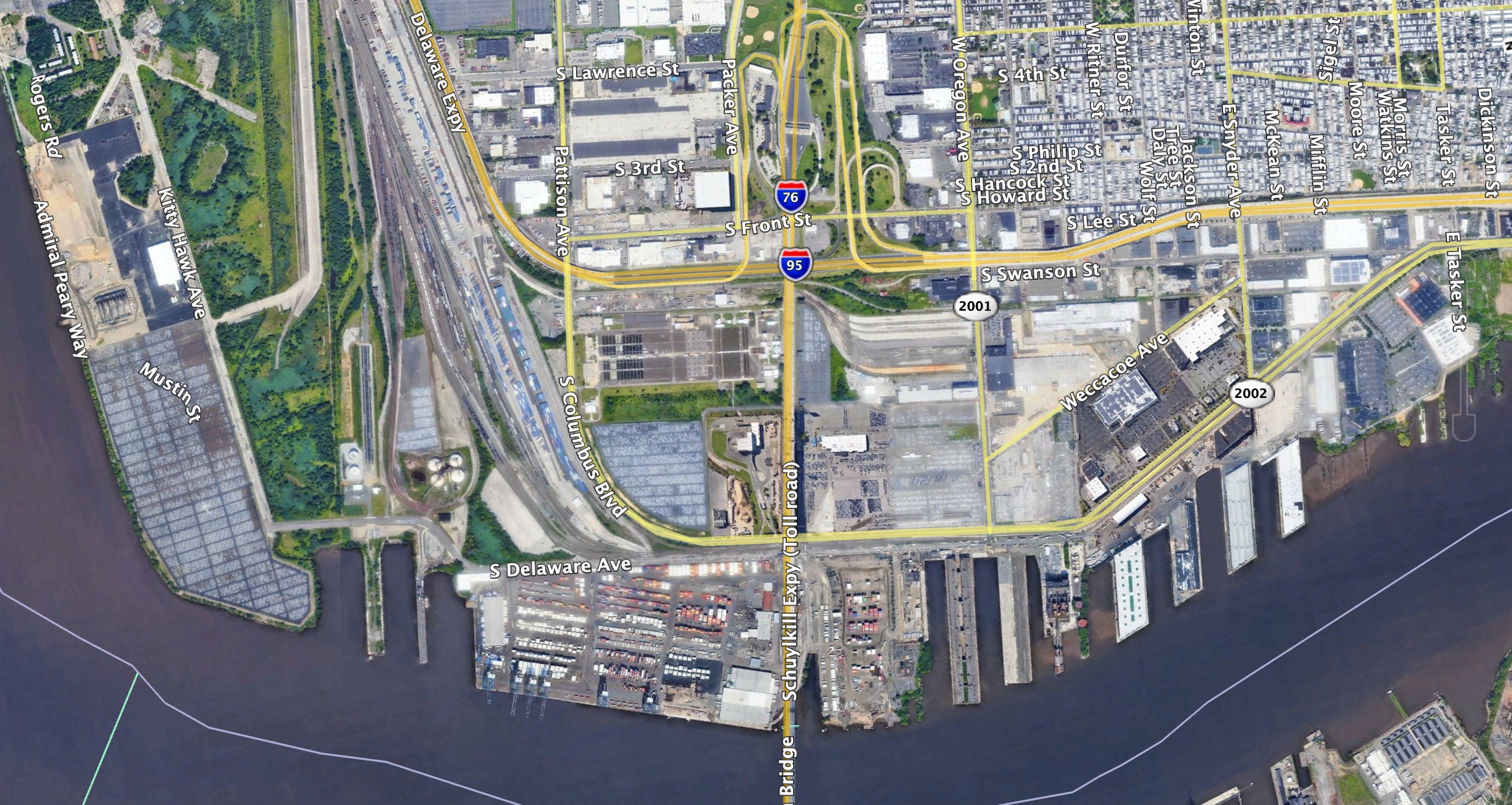 11. The Philadelphia region is and always has been a major manufacturing center, broader in its product lines and in its manufacturing innovations than either Boston or New York. Just a few developments brought to life in Greater Philadelphia will illustrate this point:

12. That major investment in chemical manufacturing plants still exists here today, even after so many plants were killed off by the mid-1970s “Energy Shocks” prompted by OPEC nations’ boycotts against Western nations and all the down-sizing, relocation and off-shoring that removed so many of Philadelphia’s former industrial mainstays to other regions and even other nations.

13. Now, because of its proximity to the vast energy reserves in the Marcellus and Utica Shale gas fields, its strategic location as a Mid-Atlantic port, and its performance as a major center of chemical manufacturing, Philadelphia now sits at the cusp of an era in which it can and should experience major growth of the kind Houston, Corpus Christi and Baton Rouge experienced on the Gulf Coast when the Southwest’s Oil Patch resources reached full economic exploitation in the 20th Century.

14. To get there, Greater Philadelphia’s leaders, educators, and the individual citizens who make up its workforce and power its economy will need to face up to the practical realities of what has to work and what cannot work as America moves ahead to a different energy economy using Pennsylvania’s plentiful gas reserves regardless of the growth of solar and wind power. Recognizing that reserves holding more than a century’s worth of natural gas for fuel but also for chemical manufacturing feedstocks, it is not reasonable to expect that those reserves will lie unused while the factors are in place for the Philadelphia region to use those reserves to move into a new place in the multi-polar world economy of the technology-dependent, Internet-connected 21st Century.

15. To get there, the Philadelphia region’s municipal leaders have to begin demonstrating the political courage to tell the region’s residents on both sides of the Delaware the practical truth about why natural-gas fired energy really is the fuel of future progress, despite all the wrong-headedly sincere claims some activist groups have made about the world-saving capability of so-called clean-energy programs to power this region’s and this nation’s future economic growth.

16. In the City of Philadelphia’s specific case, municipal government leaders have committed to securing “clean energy” from renewable sources, presumably the solar and wind-power systems whose installation is accelerating across the Commonwealth of Pennsylvania as well as in other states. A reference to the analysis of independent consultant David Wojick, Ph.D., published in the Natural Gas Now Energy Blog December 30, 2020, shows one reason why such a transition will be difficult to achieve, despite the well-meant wishes of City Hall’s leaders and those of other communities:

“[G]as-fired power generation, a fossil fuel with no subsidy” [ — such as those renewable energy tax-credit programs the U.S. Congress’ “Lame Duck” December session just reauthorized – ] “is still growing faster than wind and solar. Far from taking over, wind and solar are actually losing ground to fossil fuels in the American power capacity mix.

The last year we have for comprehensive construction data is 2018, from the U.S. Energy Information Administration. . . .

First, we will look at the basic numbers, followed by some interesting factors. We are talking about what is called electric power generating capacity, which is measured in megawatts or MW for short. This is the ability to generate a million watts of juice. A large power plant may run around 600 MW.

So right away, we built more gas, at 19,000 MW than the 16,000 MW of renewables. Thus, wind and solar’s fraction of America’s generating capacity actually went down, not up. Renewables lost ground.

But this is just the tip of the difference. These numbers are just what the generators can produce under ideal conditions, which is called ‘nameplate capacity.’

For solar these ideal conditions are basically a clear sky, with the Sun overhead and no snow or dirt, etc., on the collector. For wind they are typically a sustained air flow exceeding 30 miles per hour or so. . . . These crucial conditions do not occur all that often.

This is why wind and solar are called ‘intermittent,’ because they frequently produce far less power than their nameplate capacity; often, they produce none at all. In contrast, gas-fired power runs most of the time, although it does need a certain amount of downtime for maintenance.

The difference between actual power generation and nameplate is called the ‘capacity factor’ of CF for the generator. The typical capacity factors for different generating technologies are well known, although they can vary from machine to machine.

To be generous to renewables, let’s say that solar has c CF of 15 percent and wind 40 percent. (The standard numbers are lower.) Gas easily has 80 percent. Applying these factors to our construction numbers gives the following actual generating capacities:

So, our new gas capacity is around 15,200 MW while new renewables are just 4,650 MW, which is 31 percent or less than a third as much actual generating capacity.

Put another way, America increased its fossil fuel generating capacity by three times as much as it did for renewables. Clearly renewables are falling behind fossil fuels, and by a lot.

Then there are grid-scale battery systems, which are supposed to someday provide our juice when the intermittent renewables do not do so. Total capacity added in 2018 was around 200 MW, or basically nothing. Same for prior years.

At this point batteries are just a specialized tiny contrivance used to maintain grid stability. Ironically, this need has arisen because of the unpredictably erratic nature of wind and solar generation. As actual power systems, batteries do not yet exist, and may never exist because they are very expensive.

America is not moving toward wind and solar for power generation; we are actually moving away from renewables. You would never know this listening to the press and [some] government officials.”

17. Not discussed in Dr. Wojick’s excellent post is the additional problem that America’s electric-power distribution grid has yet to develop the “switching power” transmission capacity required to permit wide use of the “Power Purchase Agreements” environmental activists promote, to bring to the Philadelphia area volts generated hundreds of miles away, from locales with dependable winds and high numbers of strong-sunlight days.

18. Without the costly switching upgrades and even costlier new transmission lines to bring solar and wind power over the long distances between electric distribution networks such as the PGM Interconnect and, say, the Midwest ISO, or even between PJM and the New York ISO, serving a state where Gov. Andrew Cuomo proposes vast renewable power increases – and to dynamically switch those transmissions’ directions to keep up with the intermittence of wind and solar generating systems as the sun moves across the sky – those Power Purchase Agreements are a lot less practical than their promoters promise.

19. What’s also not discussed, in Delaware Valley media outlets, is the economically negative practical effects to be caused by shutting down Energy Transfer Partners/Sunoco Pipeline’s Mariner East three-pipe transmission network and its connected “Revolution” natural-gas-liquid “gathering line” system, built to reach into the Ohio Valley’s “Rich-Gas” wells and bring those NGLs to local users as well as to tankers taking gas overseas.

20. “Keep it in the Ground” activists such as the Clean Air Council, Sierra Club, the Natural Resources Defense Council, Penn Futures and the Riverkeeper Network, have kept before the public – and thus before municipal officials like yourself – that they can fight climate change by fighting to block completion of pipelines like Mariner East in Pennsylvania, the Penn East Project to boost natural-gas supplies in South Jersey, and the soon-to-be-operational re-purposing of the Adelphia Gateway line to bring Susquehanna County gas to Southeast Pennsylvania. Doing so, they argue, will prevent more drilling of Marcellus Shale gas resources, preventing consumption of more natural gas for electric power production and of natural-gas liquids for plastics products.

21. The Philadelphia Inquirer has argued, on its Editorial Page, that Mariner East is “The Wrong Way to Go” as Americans organize to fight climate change.

22. But the activists, and sadly, the august Editorial Board of the Philadelphia Inquirer, are dead wrong, on both counts.