[Editor’s Note: Garland Thompson is offering the following at a Senate Committee hearing today on “LNG in Energy Security on the World Stage” and Rep. Martina White’s HB 2458.]

Today’s Hearing on “LNG in Energy Security on the World Stage” is to my mind, long overdue. As a technology journalist long interested in Energy Security issues, I began looking into the development of Marcellus Shale energy resources in 2007, when I received early notices of what we now recognize as “Shale Energy Revolution.” I read everything I could find about “unconventional drilling,” and went to see for myself how it worked, visiting Chesapeake Energy’s Bradford County site to interview managers and drilling rig personnel, then making trips to Cabot Energy (now Coterra Energy) sites in Susquehanna County. 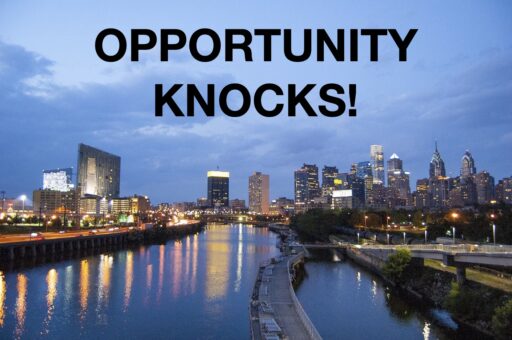 I also traveled across the country to cover energy conferences. Among these were Marcellus Shale Coalition “Shale Insight” meetings in Philadelphia and Pittsburgh, Hart Energy’s “DUG East” and “Marcellus-Utica Midstream” events and still other energy conferences, including an early LNG Exports Conference Hart Energy’s magazine editors presented in Houston, at which I learned about Cheniere Energy’s Sabine Pass Export Terminal, then under development.

Cheniere’s representative at that Export Conference detailed Cheniere’s plan to forego “tolling” — getting LNG buyers to purchase gas from remote producers and then pay pipeline “tolls” to get their cargoes to pay Cheniere to liquefy the gas and load onto customer-procured tankers — Cheniere had decided to purchase the natural gas itself, pay for transport to its Sabine Pass terminal for liquefaction, then sell the super-cooled product to customer-procured tankers.

As a reporter from the Delaware Valley, it struck me then that almost every contract Cheniere’s man discussed at the LNG conference was for gas sourced in Susquehanna County, Pennsylvania.

Transmission lines built in earlier decades to haul “associated gas” from Gulf coast oil wells to the Northeast’s energy markets now were to be re-purposed to haul Appalachian shale gas resources to Texas, to be processed and sold for ocean delivery to markets in Asia and Europe, while the ports on the Delaware River, hundreds of miles closer to the prolific wells of Pennsylvania’s Endless Mountain Region, hundreds of miles closer to those well fields, were ignored.

It thus was clear that Southeast Pennsylvania had catching up to do in developing pipeline access to the shale gas riches flowing out of wells that close by, and that Southeast Pennsylvania’s leaders, in business as well as in government, would have to step up too, if the Delaware Valley’s residents were ever to gain the kind of economic and job-growth advantages Cheniere and its Houston-based competitors were winning for Texas from Appalachia’s booming energy production.

The “World” implications being examined in this Hearing had become obvious to me soon after I learned about the Marcellus and Utica Shales’ bounty.

I journeyed to Central America to cover the Panama Canal Expansion Project for The Philadelphia Tribune and for Hispanic Engineer magazine11 years ago, while the new locks & channels still were under excavation. The stories I produced focused on how Philly’s cargo port would be affected in broad terms, connecting readers to the reason the Delaware River’s shipping channels so urgently needed deepening for deeper-draft ships’ arrival, once the famous Canal opened the way for vessels from Asian markets.

What I didn’t say in that Tribune story, once I returned in January 2012, was that I’d been digging into the American shale oil and gas drilling revolution by then, and I’d realized the Panama Canal’s new ability to handle deep-draft ships would provide a major new gateway for U.S. energy shipments to reach Pacific Rim markets, just as new, more prolific production fields were opening up in U.S. locales far from the Gulf Coast’s traditional “Oil Patch” states.

Getting that newly available oil and gas to market from Appalachia, particularly, would require new takeaway options, providing new opportunities for Philadelphians:

The Ports of Philadelphia offer the closest major ocean access to Appalachia’s production fields for natural gas — the world’s most prolific producers — and getting those petroleum resources to overseas customers would be easier than many analysts might assume, because Philly’s port lies only about 293 miles farther away from the Panama Canal than the Gulf Coast ports that have long served as the fount for American petro.

And, Philadelphia’s Northern Latitudes location makes its Delaware Riverside terminal sites closer points of departure for shipments to Northern European intake ports than all the Gulf Coast ports, when product tankers load up potential South Philadelphia LNG facilities, or at other facilities nearby.

I returned to Panama in 2016 to cover the Canal Expansion Project’s official opening, and sold a story to Hispanic Engineer magazine, one of Baltimore-based Career Communications Group’s publications, and found I seemed to be the only Philadelphia-area reporter among the legion of journalists from major U.S. publications and from all over the world.

Interviewing the U.S. Ambassadors at an Embassy Business Briefing in a Central Panama City hotel — one of whom was then-Vice-President Joe Biden’s sister, a Temple grad like me — I learned that two out of every three ships transiting the Panama Canal were headed either to or from an American port.

When I returned home, I saw the expanded Canal’s effect in action, as a Container vessel from Asia carrying three times the number of shipping boxes that vessels could bring up the Delaware’s old 40-foot-deep channels — 13,000 Twenty-Foot Equivalents, as opposed to 4,500, the old maximum size — arrived at the Packer Avenue Container Terminal.

I’d also found, in Panama, that after I watched a Cosco Lines box-ship make the first transit to the Pacific from an American port, the very second vessel to make that transit from Agua Clara Locks on the Caribbean side to the Coco Li Locks to the Pacific was a Liquefied Petroleum tanker from a U.S. Gulf Coast port, headed to Asia.

I’d expected U.S. gas shipments to quickly begin serving world markets, but the Panama Canal Authority’s transport specialists were caught by surprise. When I interviewed them at Canal Authority Headquarters, they said they’d always handled energy shipments through the Canal, but they had never anticipated all the new shipments coming from the American Shale Energy fields. Needless to say, they truly appreciated the new business.

That Canal Expansion Project caused problems in New England, however. Most of New England’s electric power plants are gas-fired, and for years, the region received plentiful shipments from Trinidad, as did many U.S. East Coast ports.

Unlike the Middle Atlantic States, however, New England is deficient in gas transmission lines. Thus, the energy flowing from Pennsylvania shale gas fields in Upstate Pennsylvania’s Endless Mountains Region cannot be sent to Boston and its Northern neighbors, who continue to depend on ocean deliveries of foreign gas supplies.

Now that the Panama Canal has opened passage for bigger ships, Trinidad has joined American Gulf Coast shippers in sending millions of tons of Liquefied Natural Gas to the West Coast of Mexico, which also is deficient in pipeline delivery. Trinidad also sends a tanker load through the Panama Canal every day to Chile, whose authorities once came to Philadelphia hoping to buy Marcellus Shale gas from our port.

What that has meant for New England is that several times during cold winter months, Trinidad’s gas was sold to countries paying higher prices, leaving New England’s buyers in the lurch. With many countries bidding up the price of gas in the “Spot Market” — aboard tankers already at sea — Boston and its neighbors were stuck buying gas from Vladimir Putin’s Russia. Opposition to construction of pipe transmission lines that could have served New England’s energy needs from Pennsylvania’s bountiful wells, stridently evident from government leaders in Massachusetts as well as New York, left the New Englanders with no other choice.

When asked years ago, the Philadelphia authorities had been forced to admit they did not have the capability to provide Chile with the gas they needed, so the South Americans went home disappointed, and Philadelphia missed a big opportunity for the kind of economic growth now being experienced by Houston, Corpus Christi, and the Louisiana Gulf Coast ports.

Opportunity Knocks, if Leaders Are Listening

That all might change, if the Task Force proposed by State Rep. White and her General Assembly colleagues develops the groundwork for a major Liquefied Natural Gas Export Terminal here.

Many people in this region appear to expect a rapid “Energy Transition” to a non-fossil-fuel future, but the truth is that fossil cruel use is expanding across the world. Unfortunately, a lot of that fossil-fuel expansion is because of a rapid adoption, in Africa and the developing world, is happening because of the growth of coal use.

China, with the world’s second-largest economy, is driving much of this expansion of coal use. The Chinese government has fueled its own industrial growth with coal- fired power, and continues to expand China’s construction of coal-fired power plants.  China also is selling hundreds of coal-fired electric-power plants to African countries and in other places, largely in the developing world.

People in those developing countries have watched Americans benefit from coal-fired electricity generation for many years, and reason that since coal is plentiful in many places, they, too, can enjoy the ready availability of electric power that is taken for granted in the United States. Now, in the eighth month of Russia’s war against Ukraine, even European countries are firing up old coal-powered electric plants to avoid gas purchases from pipelines owned by Vladimir Putin’s Russia, paying cash Putin needs to support his illegal invasion.

Americans, meanwhile, have shifted an accelerating number of electric plants over from coal use to gas-fired, “Combined-Cycle (gas-to-steam)” power plants, with large boosts in efficiency coupled with large cuts in output of atmospheric carbon, sulfur dioxide, and nitrous oxide. And a gas-fired plant, by contrast, doesn’t throw soot into the atmosphere, or throw out millions of tons of fly ash to be disposed of in toxic landfills.

Americans could sell Combined-Cycle power plants on the world market, to be sure. The plants built here, powered by stunningly capable, U.S.-made gas turbines, are rewriting records on power plant efficiency, as well as the “capacity factor,” or average power output over time of continuous operation: Much higher ratings over coal, oil, or any other power source than hydroelectric or nuclear.

American government policy for support of power production in developing countries would have to change to do that, however, and it’s a topic for another discussion.

What’s clear today is that, with many countries in Europe and around the world resolved to stop paying for oil and natural gas from Russia, which uses that money to fund its war in Ukraine, American suppliers have both a foreign a policy objective and a business opportunity before them.

Today, as this country is stepping up to dramatically boost its shipment of Liquefied Natural Gas to countries desiring to halt purchases of gas delivered by pipeline in Europe, or, like our New England neighbors, delivered by ship from Putin’s Siberian Russia fields, opportunity knocks again, enabling Americans to gain new economic benefits even as we work to provide vital new support for energy security for our allies overseas, and work as well to stifle he profiteering with which Vladimir Putin  finances his cruel and illegal war of invasion in Eastern Europe.