Pipeline Law Got Some Important Clarification from Supremes

[Editor’s Note: Garland Thompson analyzes the Supreme Court’s PennEast decision and finds some important clarification as to pipeline law that will favorably impact the future.]

Now that I’ve read the full text of the High Court’s opinion and order over-ruling the Third Circuit Court of Appeals’ flawed reading of congressional intent on the proper application of federal eminent domain authority in the Penn East Pipeline right-of-way fight, I can’t agree about the value of the Court’s syllabus. 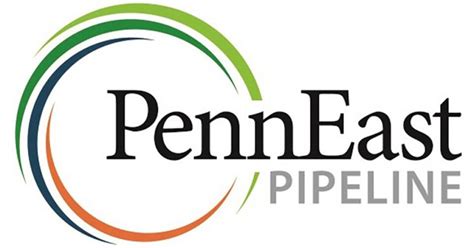 Rather than inserting a bunch of irrelevant verbiage in Chief Justice Roberts’ opinion, it’s clear what the Court Majority was doing: Laying out a historical timeline to instruct lower courts on the precedence federal eminent-domain authority has under the Constitution, and moving on to re-state the Framers’ intent when Congress wrote and then amended, in 1947, the Natural Gas Act. That re-write to include delegation of federal eminent-domain powers to private companies seeking to construct pipe transmission lines across state lines and, critically, across state-held property, did not come by accident.

As the Chief Justice acknowledged, Congress amended the Act because state authorities, even then, were working to frustrate interstate commerce by impeding pipeline builders’ access to state eminent-domain remedies where local opponents sought to block pipeline completions.

Those passages provide critical instruction to lower courts, in states as well as the federal system, in considering the array of issues raised as a pipeline project is developed to move vital supplies of natural gas to meet market needs.

The highest court in the United States, having looked back over the centuries-long progression of government use of eminent domain to accomplish connections that enable the free flow of people, goods and trade across state lines in our continent-wide nation, has spoken forcefully to the lower courts and to federal agencies about the proper consideration to give when weighing competing claims and issues raised in a fight over pipeline completion.

As the Chief Justice’s opinion said, after the Federal Energy Regulatory Commission has determined there are sufficient reasons to issue a certificate of public necessity and convenience, getting the pipeline completed is important enough to warrant giving its builders federal eminent-domain authority to clear the needed right-of-way, over the objections of recalcitrant landowners and even over the objections of uncooperative state government authorities.

Pipeline opponents like the Riverkeeper and friends might want to believe vociferous objections raised at FERC hearings and loud denunciations of FERC Commissioners and staff can suffice to continue the political blockade they’ve managed to erect to prevent full exploitation of America’s shale energy wealth, continuing to prevent the building of new pipelines regardless of what the High Court has said, but FERC was not founded to be an agency to say “No” to energy development. It was founded to give fair and proper consideration of the market needs, environmental pros and cons, and the efficient functioning of America’s economy as it considers pipeline proponents’ applications.

Now, so guided, we all can very well expect that federal agency and the courts overseeing its rulings to proceed in a more orderly manner, as America’s energy producers seek better pathways to connect the bounty of its energy reserves to the communities and ultimate consumers of their products.