A chemist from British Columbia gives a stunning lesson the plasticity of truth when it comes to plastics, pollution and propaganda.

Plasticity, according to Merriam-Webster, is the “capacity for being mold-ed or altered.” There’s a lot of that around these days, especially when it comes to plastics, pollution and political correctness. A wonderful anatomy of the problem and a deconstruction of the propaganda associated with it all, comes from Blair King, a Chemist in Langley, British Columbia, Canada. I have taken the liberty of excerpting the best parts below: 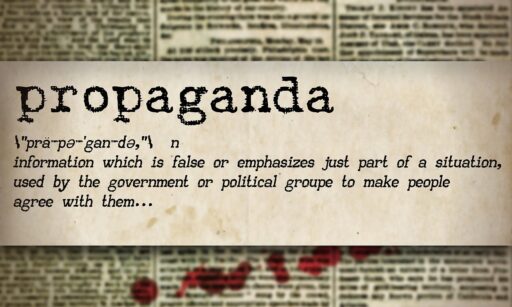 Is the Canadian government falling for propaganda? It appears so, at least when it comes to plastics.

This fall the Canadian government hopes to get a single-use plastics ban enacted with a plan to get to zero-plastic waste by 2030.

Looking through the documentation (and news coverage) for the ban, I keep seeing the same, oddly-specific numbers. Here it is from the government of Canada web site:

“Every year, Canadians throw away 3 million tonnes of plastic waste, only 9% of which is recycled, meaning the vast majority of plastics end up in landfills and about 29,000 tonnes finds its way into our natural environment.”

On March 20th a Google search for the exact phrase “about 29,000 tonnes finds its way into our natural environment” got 327 hits from major news outlets to MP web sites. It begs the question, how was this 29,000 tonnes value derived?

Well, the number appears in the Environment and Climate Change Canada (ECCC) and Health Canada Science Assessment of Plastic Pollution which presents this text:

“Of the 4 667 kt of plastics that entered the Canadian market in 2016, an estimated 3 268 kt were discarded as waste (ECCC 2019a). Of that plastic waste, an estimated 29 kt (or 1%) were discarded outside of the normal waste stream (i.e., not landfilled, recycled or incinerated) in 2016, through direct release to the environment or through dumps or leaks. An estimated 9% of the remaining plastic waste was recycled, 86% was landfilled, and 4% was incinerated for energy recovery (ECCC 2019a).”

Well, there you have it, a source for the number. All we have to do is look for up the reference “ECCC 2019a” in the bibliography. ECCC 2019a turns out to be a report commissioned by Environment and Climate Change Canada called Economic Study of the Canadian Plastic Industry, Market and Waste: Summary Report to Environment and Climate Change Canada which includes this text:

So, ECCC 2019a wasn’t a primary source, rather, the 29,000 tonnes number comes from an earlier work. Moreover, it is combined with another claim I keep seeing in the press: “that approximately 10,000 tonnes of plastic waste were mismanaged in coastal areas.“ Oddly, that stat gets thrown around a lot as the amount that ends up in the oceans, but from this source it is clear that the number simply means materials lost in coastal communities. Reading the report, we are informed that the primary source for the numbers is:

Well, that is unfortunate, the original source is an internal document. Doing a series of searches it is clear that the original report is not readily available to the public. This is quite problematic. We are talking about a policy document that is serving as the basis for a multi-billion dollar policy decision yet the public is not given the opportunity to scrutinize the work and see if it appears reliable.

Not willing to give up here, I decided to try to derive how they got the 29,000 tonnes number. The table block includes a reference to a peer-reviewed study from a reputable journal. But we immediately discover a problem. Going to the cited article (Jambeck et al, 2015 Plastic waste inputs from land into the ocean), we discover that Canada is never mentioned in this study. That is odd since ECCC 2019a specifically says they based their value on that study. How do they estimate Canadian values if the reference they use never mentions Canada?

Looking more closely, the authors in Jambeck et al do prepare an estimate of the percentage of total mismanaged plastic waste in the US (0.9%). If we take the value from the ECCC Summary report of discarded plastics (3,268,000 metric tonnes) and multiply it by 0.9% you get 29,412 which rounds nicely to 29,000. So we appear to have it.

To summarize, the “fact” that has been broadcast high and low by our government is nothing of the sort. It does not appear to be based on a careful examination of Canadian waste and product chains, rather it appears to be based on an estimate of how the Americans handle their waste. The US estimate was just carried over to Canada with no apparent attempt to consider whether Canada is a comparable jurisdiction with respect to waste management..

But, believe it or not, it gets even worse. That other “fact” I keep encountering is the other half of that earlier quote that “approximately 10,000 tonnes of plastic waste were mismanaged in coastal areas.“ This doesn’t even have a pedigree as solid as the 29,000 tonnes value. This 10,000 tonnes number is used all over the place as a “fact” but is reported in the original source as an “estimate”. Moreover, as I will demonstrate, it appears to be a rather poor estimate.

Going back to Jambeck et al. we discover that the US marine plastic estimate is based on an estimate of what percentage of the US population lives within 50 kms of the coast (in the US 40% of Americans live within 50 miles from the coast). This explains why such a high percentage of their waste is estimated to end up as marine debris.

Unfortunately for our fact creators, simply carrying over this US estimate doesn’t work in Canada because fewer Canadians live near the coast. According to government of Canada statistics only about 25% of Canadians live in coastal zones. But, according to the authors, these coastal Canadians are especially bad at handling plastic since by the report’s estimates 25% of Canadians are responsible for 34% (10,000/29,000 x 100%) of all the mismanaged plastics. Clearly, the authors do not think highly of British Columbians or Maritimers.

Thinking back to that fact it really should have struck me much earlier. Somehow over a third of the waste is reported in coastal areas….in Canada? We all know that Alberta, Saskatchewan, most of Ontario and most of Quebec is nowhere near a coast. There is zero chance that a mismanaged straw in Saskatoon or Calgary is going to end up in the nasal cavity of a Pacific sea turtle.

The reality of oceans plastic is that it is mostly an issue caused by developing nations. A recent study identified that 93% of the trash from 57 Rivers studied comes from only 10 rivers, with the biggest of those being the Yangtze. So, if you really want to clean up ocean pollution, a reasonable way to do so would be to invest money in improving waste management programs in these identified jurisdictions.

Read the whole thing. Truth has been compromised by introducing  plasticity to the discussion of plastics pollution and, sadly, government policy is adapting itself to the lie.