Political correctness is a breeze at the outset but extremely costly in the end, as Europe is learning the hard way. Green energy has become a fool’s errand.

Political correctness is conformance to the desires, mores and whims of those who imagine they get to set the rules. It began with my generation, which came of age in the horrible 1960s. We were spoiled to the hilt by the greatest generation; that of our parents, who remembered the Great Depression, won World War II and wanted to insulate us from all that. We were sent off to college where our parents thought we’d get an education but, instead, we got trendy Marxists haranguing us about the need for revolution.

Thus was born the idea we were here to set a new standard about anything we happened to fancy. Over the last half-century, as we marched through the institutions, we became the enforcers of what we deemed political correctness and that was a wickedly intoxicating blend of virtue signaling with corporatist profiteering, perfectly reflected in “green energy” to “save the planet”and fill our coffers with government rent. Europe got there first, though, and what a high price they are now paying.

The headlines are amazing and coming fast as the political correctness winds across the pond have shifted direction as suddenly as the real winds have died:

Gas Eases After 60% Surge as Putin Offers to Stabilize Market

The reason for the crisis? Well, the Wall Street Journal, itself more often than not a bastion of political correctness, offers the unavoidable truth:

Natural gas and electricity markets were already surging in Europe when a fresh catalyst emerged: The wind in the stormy North Sea stopped blowing.

The sudden slowdown in wind-driven electricity production off the coast of the U.K. in recent weeks whipsawed through regional energy markets. Gas and coal-fired electricity plants were called in to make up the shortfall from wind.

Natural-gas prices, already boosted by the pandemic recovery and a lack of fuel in storage caverns and tanks, hit all-time highs. Thermal coal, long shunned for its carbon emissions, has emerged from a long price slump as utilities are forced to turn on backup power sources.

The episode underscored the precarious state the region’s energy markets face heading into the long European winter. The electricity price shock was most acute in the U.K., which has leaned on wind farms to eradicate net carbon emissions by 2050. Prices for carbon credits, which electricity producers need to burn fossil fuels, are at records, too.

“It took a lot of people by surprise,” said Stefan Konstantinov, senior energy economist at data firm ICIS, of the leap in power prices. “If this were to happen in winter when we’ve got significantly higher demand, then that presents a real issue for system stability.”

At their peak, U.K. electricity prices had more than doubled in September and were almost seven times as high as at the same point in 2020. Power markets also jumped in France, the Netherlands and Germany.

Oh the price of political correctness is high, indeed. Boris Johnson, while Mayor of London in 2012, said this:

“It [fracking] is glorious news for humanity. It doesn’t need the subsidy of wind power. I don’t know whether it will work in Britain, but we should get fracking right away.”

Advance the clock a few years and Boris, having himself advanced to U.K. Prime Minister, changed his tune to meet the demands of green political correctness:

Johnson said the announcement would be made in view of the “very considerable anxieties that are legitimately being raised about the earthquakes that have followed various fracking attempts in the UK.” 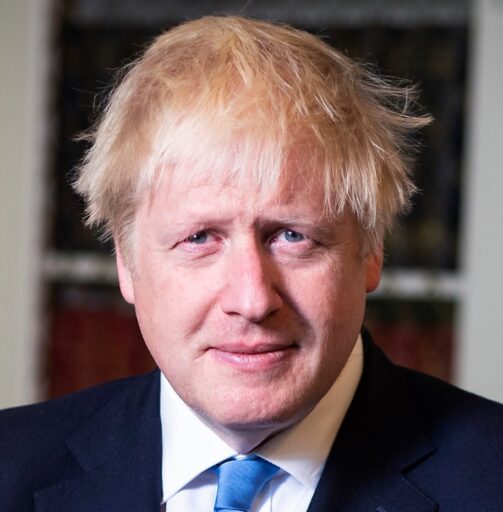 The real reason, of course, wasn’t earthquakes no one felt. It was pressure from anti-Semite, near Communist, Labour leader Jeremy Corbyn who was pushing Boris to “ban fracking for gas as research by Labour shows it will stop the UK meeting a net zero target for carbon emissions this century.” Boris was simply picking his battles and thought a little green political correctness wouldn’t hurt, so he emulated another Tory from 1939 and went for appeasement. Now, he’s paying the price in rapidly rising energy and food prices, closed manufacturing plants and a choice of relying either upon the generosity one Vladimir Putin or our LNG. Nice for us, but incredibly stupid.