Private Foundations Should Be Reformed, Shamed and Taxed!

Private foundations are undermining Western Civilization by creating a corrupt ruling class that buys whatever influence they desire. It’s time to reform them!

There is no greater enemy to America and its principles for which it stands than the private foundations who are waging a constant tax-exempt war on us. We have tracked the role of private foundations such as the Heinz Endowments, the Park Foundation, the Rockefeller Brothers Fund, the Sea Change Foundation and the William Penn Foundation for years now. They are all tax-exempt on the theory they are purely charitable and doing no lobbying. This includes grass-roots lobbying advocating for or against legislation, which means pamphlets, web pages and other similar activities. But, the law is being grossly ignored and many private foundations are doing huge amounts of lobbying on a tax-exempt basis. It’s time to reform this corrupt system. 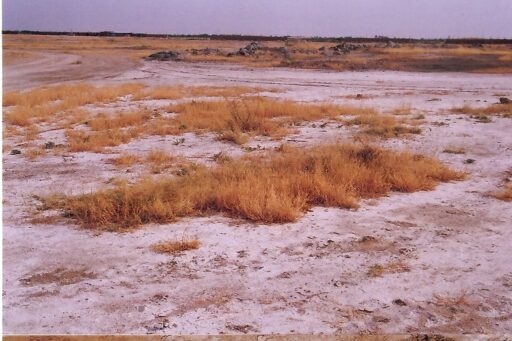 If reform of private foundations doesn’t work, let’s tear them down and salt the earth where they stood!

This isn’t purely an American issue, of course. An excellent article on the “Charity-Industrial Complex” comes to us from London, in fact. The author lay it out nicely and here are a few excerpts, but I recommend reading the whole story to get the full picture:

Charitable foundations, and the specific charities they fund, are the single most important force in modern Western societies. They complete a triumvirate of the “journalism plus academia” shorthand of the Cathedral as Curtis Yarvin sees it. The amount of money sloshing around these organisations is simply mind-boggling. The latter is hard to reliably quantify, but in the UK, the charity ‘industry’ apparently registered £45 billion in revenues in 2021 alone. Compare this to the £40.5 billion total income in the UK higher education sector a couple of years ago and you get the idea.

Of course, some charities are innocuous, like about saving red squirrels, just as some academic expenditure goes towards useful things. However, pound-for-pound, charities are more insidious and evil than universities, at least in the UK. This might be different in the US, though America also has gigantic, influential entities like the Ford Foundation, which funds the most insane far-left disinformation.

These charities rear their heads everywhere. Every piece of legislation passed has the hands of a charity, sometimes multiple charities, on them. Legislators are fed bogus research by them, all of which coindentally conclude that differences in outcomes between individuals and between groups – which must be down to some kind of socioeconomic structural inequality – demand more money for more government programs.

Charities are the main intermediary unit between academia and journalism. They can imbibe whatever is coming out of universities, turn the issues in question into campaigns, and then use those campaigns to secure coverage in media outlets. This all serves to exert pressure on liberal-democratic legislatures, getting them to copy-paste the charity’s findings into legislation which lawmakers can rubber-stamp…

one of this stuff really serves ‘capitalism’ as a system, or is in any way connected to making its founders richer. All of these foundations have a particular ideological bent. They are all left-wing, in some shape or form. Some are more extreme, some are less. But they all bend in that direction. Insofar as there is any explicit, conscious ‘neoliberal’ agenda, it is utterly dwarfed by the far-left charitable swamp.

Unless we collectively do something to stop them, these charitable foundations are set to go on indefinitely too. Assuming their investments are managed prudently (most hire professional investment managers), there is no reason for them not to continue splurging billions for years to come…

If we want to have a shot at changing society, our goal must be to seize the state apparatus, and use it to destroy this third sector. The easiest way would be to ban every single charity in existence and then selectively allow for soup kitchens and the like to founded, which could all be shut immediately at the executive whim of the new regime. But the charities need to be shut down, and the foundations expropriated and banned.

This is necessary for any serious change to be possible. To do anything otherwise means to have a ready-made opposition primed to destroy us and reassert their fetid kingdom of lies. The regime insists on calling these charitable entities ‘civil society’. But all you have to do is read about ‘civil society’ in Belgrade or Bangkok, and you quickly realise it’s quite clearly the same class of professional activists running about, usually with the blessing of various foreign embassies of countries who are themselves more comprehensively captured by this same occupational class. It’s all nonsense.

People need to understand how this corrupt system works. We need to get to a point where when Normies see talking heads from charitable bodies, they roll their eyes, and sarcastically ask who is funding them. We need 1980s-in-the-Soviet-Union-tier cynicism. We need to make sure people start seeing these charities and the people who run them for what and who they are: sacks of money left at the random whim of decrepit billionaires and flung about by random activists.

Our enemy is unaccountable dark money spreading fake news. Why do we allow this?

How true it is! Private foundations here in the U.S. are blatantly and arrogantly violating the intent of all the rules. They are doing politics most of the time and rewarded with tax-exemption at our expense for it. They don’t do the lobbying themselves; instead, they make grants to other supposed public charities who are allowed to do some lobbying and are able to disguise most of it as “education” or something else equally harmless sounding. When the public charity is too radical, they run the grant through another money-laundering foundation such as Tides. Either way they simply off-shore the political activity, making a mockery of the tax-exemption they enjoy, ruling over us behind a dark curtain like the Wizard of Oz.

We need to pull back that curtain quickly because the trust-funders who run these organizations are extremely dangerous. They are insulated by their wealth from the harm they do to others, they are guilt-ridden by that wealth because they know their ancestors earned it, not them, and they are desperate to buy a reputation they suppose will protect them from the wrath of commoners who they view as inferiors. We have given them far too much protection it’s time private foundations are reformed in a big way or outlawed before they destroy what’s left of Western Civilization. Let me suggest a few measures;