PUC Won’t Let ME2 Work Restart in Chester Co. Due to Court Case 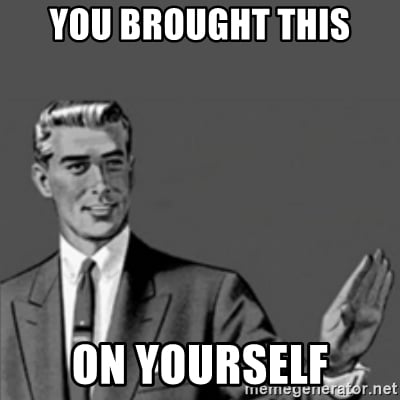 Yesterday the Pennsylvania Public Utility Commission (PUC) voted 5-0 to deny Sunoco Logistics Partners permission to restart construction of Mariner East 2 pipeline in West Whiteland Township in Chester County. Why? Because construction at that location (Shoen Road), along with three other locations, is currently under review in Commonwealth Court. In other words, for the time being (until the court rules), the PUC’s hands are tied.

So what’s going on here?

Let’s begin with the somewhat cryptic press release from the PUC about their vote:

The Commission voted 5-0 to defer any further Commission action on Sunoco’s request until further notice.

On March 29, 2019, Sunoco filed a letter and affidavit with the Commission seeking discontinuance of an earlier PUC injunction involving ME2 construction at the Shoen Road location. Today’s action by the Commission notes that the Pennsylvania Commonwealth Court has clearly directed the PUC to stop all proceedings related to this case until the resolution of an appeal filed by Sunoco is concluded before that court.

“We find the [court’s] language unambiguous,” noted today’s PUC Order and Opinion. “We conclude that our authority to render a determination on the factual dispute is precluded by the Commonwealth Court’s stay of all proceedings before the Commission.” (1)

We pick up a little more detail from the PA Environment Digest Blog:

On April 25, the Public Utility Commission unanimously voted to turn down Sunoco’s request to resume construction of the Mariner East 2 Pipeline in West Whiteland Township, Chester County because the Commission is under a Commonwealth Court order to stay all actions related to the case until an appeal before the Court is resolved.

The appeal was brought before Commonwealth Court by Sunoco of the PUC’s previous actions related to the Mariner East 2 Pipeline in response to an action brought by Sen. Andrew Dinniman (D-Chester).

In a statement, Commission Andrew Place said DEP approved the restart of construction at the Shoen Road work location in West Whiteland Township in Chester County on March 29. (2)

So State Sen. Andy “Tony Soprano” Dinniman has something to do with this. Figures.

Then we read PUC Commissioner Andrew Place’s statement, which helped even more:

MDN’s Take: In April 2018, Sen. Dinniman filed a case with the PUC asking the agency to block construction in certain areas, a “petition for interim emergency relief against Sunoco Pipeline LP.” As the case worked its way through the PUC, Sunoco didn’t like some of the decisions coming from the PUC, so Sunoco decided to appeal the case to Commonwealth Court. That action effectively removed the PUC from exercising its power over the project in those locations–at least until there’s a final court decision.

The court is still deciding, and when Sunoco asked the PUC to lift the embargo on construction at the West Whiteland location, Sen. Dinniman’s lawyer reminded the PUC they still have no authority until the court case is decided. So that’s why the PUC voted “no” to Sunoco’s request.

Both the PUC “opinion and order” and Commissioner Place’s comments chide Sunoco for jumping the gun and moving the case from them to the courts. In other words, they’re telling Sunoco, “You did this to yourself. Now live with it.”

Having to wait for the court certainly doesn’t bode well for resumption of construction and completing the project any time soon.