Reason vs. Imagination: The War Among Us That Never Ends

Reason has exacted its price in Aspen, Colorado, with a recent Earth First attack on the city’s gas lines, depriving trendy folks of heat.

One of my all-time favorite books is “Pascal’s Pensées” and this, for me, is the best part; an honest explanation of why reason so often loses out to imagination:

It is that deceitful part in man, that mistress of error and falsity, the more deceptive that she is not always so; for she would be an infallible rule of truth, if she were an infallible rule of falsehood. But being most generally false, she gives no sign of her nature, impressing the same character on the true and the false.

I do not speak of fools, I speak of the wisest men; and it is among them that the imagination has the great gift of persuasion. Reason protests in vain; it cannot set a true value on things.

This arrogant power, the enemy of reason, who likes to rule and dominate it, has established in man a second nature to show how all-powerful she is. She makes men happy and sad, healthy and sick, rich and poor; she compels reason to believe, doubt, and deny; she blunts the senses, or quickens them; she has her fools and sages; and nothing vexes us more than to see that she fills her devotees with a satisfaction far more full and entire than does reason. Those who have a lively imagination are a great deal more pleased with themselves than the wise can reasonably be. They look down upon men with haughtiness; they argue with boldness and confidence, others with fear and diffidence; and this gaiety of countenance often gives them the advantage in the opinion of the hearers, such favour have the imaginary wise in the eyes of judges of like nature. Imagination cannot make fools wise; but she can make them happy, to the envy of reason which can only make its friends miserable; the one covers them with glory, the other with shame.

What has any of this do with natural gas, the focus of this blog? Well, fractivism and, indeed, all leftism, is largely an exercise in imagination that, temporarily at least, smothers all reason. It has taken a decade to illustrate fracking is no serious threat to water quality, primarily because a deceptive film-maker used the imagery of a flaming faucet to suggest quite the opposite. Almost nobody believes that today. Oil and gas opposition has moved onto other gimmicks. But, the damage to reason was extensive and the war between imagination and reason goes on. It is, in fact, a never-ending war. 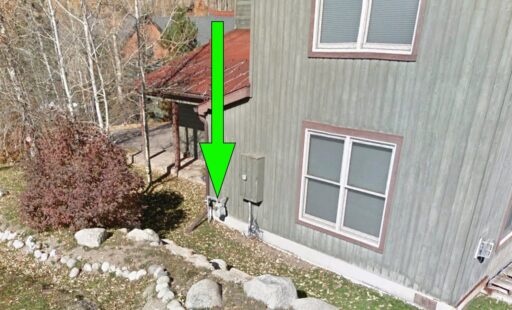 Even in trendy Aspen, Colorado, natural gas is the source of heat and when it’s not there…

The FBI has joined a criminal investigation of what police said appears to be an “intentional attack” on gas service lines in Aspen, Colorado, that left thousands of residents and businesses without heat as temperatures in the skiing mecca plunged to near zero degrees.

Work crews are scrambling to restore gas service, and local authorities handed out electric space heaters to residents still without heat Tuesday, as a storm is forecast to bring up to 8 inches of snow in the Rocky Mountains region this week. Temperatures are forecast to fall to 2 degrees in Aspen on Tuesday night, according to the National Weather Service.

At one of the targeted sites, police said they found the words “Earth first” scrawled, and investigators were looking into whether the self-described “radical environmental group” Earth First! was involved…

Black Hills Energy officials said about 3,500 customers were affected by the gas outage, and crews had to go to each natural gas meter to manually turn them off and relight the pilot lights. Officials said the work was continuing Tuesday, but it was unclear how long it would take before gas service is restored to everyone…

He added that numerous businesses, including restaurants and hotels, had to shut down due to the loss of gas.

“It’s almost, to me, an act of terrorism,” Pitkin County Commissioner Patti Clapper, who lost heat in her home due to the vandalism, told The Aspen Times newspaper. “It’s trying to destroy a mountain community at the height of the holiday season. This wasn’t a national gas glitch. This was a purposeful act. Someone is looking to make a statement of some kind.”

What we see in this example are two variants of the imagination about which Pascal wrote. First, is the Earth First version; an extreme ideological vision that is the face of anarchy. Global warming is the necessary enemy and fossil fuel opposition is the vehicle for elevating the spoiled trust-funder true-believers of Earth First to environmental hero status. They are martyrs in their imagination even though they typically sacrifice nothing, of course. Reason plays no factor in their choices as it doesn’t reward martyrdom, faux or otherwise.

But, the Earth First brats are far from the only abusers of reason. Consider the reaction of local officials, who have been quick to condemn the Earth First vandalism when it affects their livelihoods. But that wasn’t their position in 2013 when Pitkin County Commissioner Michael Owsley was quoted as saying “we certainly would,” ban fracking. Pitkin County, as home to Aspen, is accustomed to wealth and imagines someone else will provide the necessities of daily living such as heat. Fracking anywhere nearby is out of the question. They’re special, those Aspen folks, and shouldn’t be burdened with that which is required to provide for their needs. Let someone far away do it.

No, reason is no excuse when imagination takes over. The median home value in Pitkin County is $615,900 (Aspen City is slightly higher at $636,400). Heat and how it’s delivered is merely an afterthought. It’s only relevant when it goes off and Aspen folks can indulge their imaginations and suppose fracking is not only not necessary but should be banned. Except that reason has a way of eventually making itself heard doesn’t it? Yes, reasons, facts and logic ultimately prevail in most cases but the pain of winning that battle is typically sever as we see in Aspen. We don’t know, in fact, if this episode will do it. It could well take several more. And, even assuming reason works its will in this instance, we know imagination will rear its ugly head somewhere else like an out-of-control electronic whack-a-mole game that won’t turn off.

What’s this means is simply this; the war between imagination and reason rages now just as it did in 1660 or so when Blaise Pascal wrote about it, capturing the tenor of his own time and ours as well. There will always utopians who imagine they can cast reason to the wind to impose their imaginations on those of us they consider their inferiors. It is up to us to defeat them with facts, logic and perhaps even some contrary imagination of our own.