[Editor’s Note: Redlining is more than mortgage discrimination against the disadvantaged; itthe ESG version is blanket bigotry against mostly rural areas who produce our energy.]

Sometimes, it’s best to think of “politics” not as an activity or as a system or even as a game, but as a really bizarre place populated by many in government and many who are close to government.

What else could explain the current hatred of anything having to do with fossil fuels by a federal government that’s declared war on them and by private corporations that’ve gone along with it? There’s really no other way to describe moves by several major firms to refuse financing to energy companies involved with fossil fuels since it’s difficult to imagine any valid reasoning behind their taking such a position beyond political correctness gone mad. 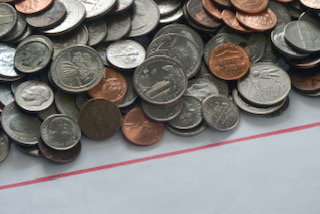 Redlining of fossil fuel economies is really discrimination against Rural America, which is part and parcel of ESG

Sadly for those interlocking groups, reality has a way of showing up in unexpected ways from unexpected sources. West Virginia State Treasurer Riley Moore announced in late July that his state would no longer do business with five financial firms that had been placed on its Restricted Financial Institutions List. Treasurer Moore specified that the appearance of a bank’s name on the list doesn’t mean it’s unsafe or unsound or that deposits it holds are at risk, but it does mean that it “has published written environmental or social policies categorically limiting commercial relations with energy companies engaged in certain coal mining, extraction or utilization activities, rather than considering the financial or risk profile for each company. These policies explicitly limit commercial engagement with an entire energy sector based on subjective environmental and social policies.”

He’s called them out for what amounts to a new form of redlining not completely different from the original that’s banned under the Fair Housing Act of 1968.

While the act describes redlining as “denying a creditworthy applicant a loan for housing in a certain neighborhood even though the applicant may otherwise be eligible for the loan,” it also states that “redlining on a racial basis has been held by the courts to be an illegal practice. It is unlawful under the FHAct only when done on a prohibited basis. Redlining an area on the basis of such considerations as the fact that the area lies on a fault line or a flood plain is not prohibited.”

All of that makes perfect sense, just as it makes perfect sense to see the banks’ refusal to lend to energy companies as something very close in concept to the actions made illegal under the Fair Housing Act. The biggest difference is that this time, the not-quite-redlining is being done if not with Washington’s tacit approval, than at least with little chance of incurring its wrath. Declining to finance anything related to fossil fuels does, after all, mesh nicely with federal government’s current agenda.

Treasurer Moore clearly sees things much differently and much more realistically than do those inside Washington as shown by his explanation that “I have a duty to act in the best interests of the State’s Treasury and our people when choosing financial services for West Virginia … Any institution with policies aimed at weakening our energy industries, tax base and job market has a clear conflict of interest in handling taxpayer dollars.” The $769 million in severance taxes collected from coal, oil and natural gas companies equals 13 percent of West Virginia’s budget during the most recent fiscal year, he said, and in 2019, coal-mining and coal-fired electric power was responsible for 33,000 jobs in his state and $13.9 billion in economic activity.

But in his statement, he made one other critical point requiring at least as much backbone when he said that “while the ‘Environmental, Social and Governance’ or ‘ESG’ movement might be politically popular in California or New York, financial institutions need to understand their practices are hurting people across West Virginia … I simply cannot stand by and allow financial institutions working against West Virginia’s critical industries to profit off the very funds their policies attempt to diminish.”

West Virginia isn’t the only state with its eyes open as the “weaponization of capital” becomes real and Arizona Attorney General Mark Brnovich has raised potential antitrust concerns. In Texas, Comptroller Glenn Hegar has requested information from 19 financial companies in connection with his state’s law that’s similar to that of West Virginia. There are very good reasons for those states to take the positions they’ve taken, a fact that’s being recognized north of the border where the Canadian Prime Minister Justin Trudeau seems to be engaged in some kind of weird battle of destructive one-upmanship with President Joe Biden.

Ian Madsen, senior policy analyst at the Frontier Centre for Public Policy in Winnipeg, writes that Saskatchewan “should take a leaf” from American states that decline to do business with entities “that discriminate against firms engaged in lawful activity in energy, mining, forestry, agriculture and related sectors, under the guise of a pernicious form of green social credit scoring called ‘ESG’:  Environmental, Social and Governance standards created by outside, often anti-business and anti-growth interest groups.”

Meanwhile, the federal government south of the border is, to put it politely, so out of touch that it doesn’t even recognize the ironies of what some its officials are saying. Transportation Secretary Pete Buttigieg spoke on The Daily Show about what he perceives as something related to redlining, namely that roads and railroads have been used to divide, segregate or remove neighborhoods. The secretary didn’t take up the entire show, as his segment begins at about 29:00 and the part about roads and railroads that do their damage is at about 36:50. His portion of the show also includes the usual gushing about mass transit and the wonders of electric vehicles, although he did let slip the phrase “even with normal gas prices” – an admission that current gas prices are not normal – and defined “wrong side of the tracks” as a racist phrase.

Amusing in a sad way, but more important here is that by his logic, roads and railroads have served as de facto redlines while he seems oblivious to the fact that those major financial institutions’ anti-fossil fuel policies would have an impact comparable to redlining on states producing fossil fuels and on the workers in their fossil fuel industries.

Disturbingly, Secretary Buttigieg isn’t alone in some alternate reality, but instead exemplifies those who spend their time cocooned deep within their own imaginations.