Renewable Energy Is the Corporatist Rat Hole Where Your Taxes Go!

Renewable Energy: A Corporatist Rat Hole Where Your Taxes Go

The Federal government has already spent well over $100 billion on renewable credits for electricity production since their enactment three decades ago, and the “Inflation Reduction Act” will cost taxpayers another $98 billion. The proposed bill is full of incentives for renewable energy technologies, chief among an extension of wind and solar tax credits significantly increasing subsidies for them, provided additional criteria are met during construction.

It also offers new tax credits for domestic manufacturing of solar panels and wind turbine parts as well as energy storage projects sited separately from renewable generation facilities. Wind and solar projects would effectively get an extension on tax credits for production and investment, as would stand-alone energy storage projects. If Senator Joe Manchin wanted to handicap natural gas and coal generators and force more retirements, this is certainly a way to do it. The United States would be forcing renewable energy in the same fashion as Europe has been doing. 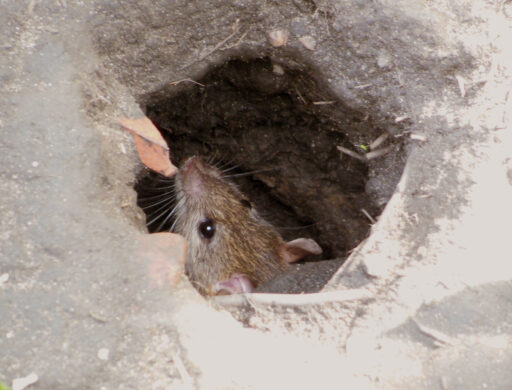 The Production Tax Credit (PTC) and the Investment Tax Credit (ITC) are modified as follows:

Example of the Old and New PTC Credit

Assuming an average qualified facility produced 84,000,000 kilowatt hours per year, under the old rules for the production tax credit, it would be allowed a credit up to $1,512,000 (84,000,000 x .018 cents) each year for ten years as the phase-out was in effect. Under the proposed changes, provided the wage and apprenticeship requirements plus the domestic content usage are met, the credit would increase to $2,772,000 per year (84,000,000 x .03 x 1.10 percent) each year—83 percent higher—for ten years, resulting in an increase of over $12.6 million over a ten-year period. Note the base factors are inflation adjusted. Also, note that there are other up-lift factors not included in this example that could apply if the project qualifies.

The Senate’s proposed Inflation bill is full of investments and tax credits that encourage Biden’s transition to renewable energy, which is just force-feeding inefficient and expensive alternatives using taxpayer funds that elbow out reliable, affordable American natural gas and coal and raise electricity prices for consumers. Average electricity prices in the United States increased 7 percent from 2009 to 2017 despite the relative cost of coal and natural gas having declined and little new generating capacity being built, except for wind and solar power that were mandated by certain states.

Several states with major increases in wind and solar power saw electricity prices increase by 18 to 36 percent during that period. Clearly, the political and media hype that wind and solar power are cheaper forms of energy is not true, based upon the results and the fact that the bill lards subsidies across most aspects of the Green New Deal’s vision of how to redesign the U.S. energy system.

Yet, Senator Manchin claims the bill specifically brings down energy prices. The only way that could be the case is if battery storage is free for it is not factored into the price of wind and solar power that need it for backup. In fact, it is very, very expensive. And the Inflation Reduction Act’s incentives do not make it free to consumers so his constituents, West Virginians, will see higher energy prices, heavily subsidized by taxpayers.

With all the spending on incentives and state mandates for wind and solar power, they together produced just 12 percent of our electricity and 5 percent of our primary energy last year.

Reposted with permission of the Institute for Energy Research.

Editor’s Note: This creation of a corporatist rat hole down which our taxes are going at an ever faster rate under Joe Biden, and now with Joe Manchin’s help, is merely one-side of what is an attempted double whammy. The other side is conveyed in this excellent Energy In Depth post:

There is also a provision that would impact all U.S. oil and natural gas production and the transportation and exportation of natural gas – regardless of whether that takes place on private or federal property.

Previously referred to as a “methane fee” in earlier versions of the reconciliation package – and realistically a national tax on American consumers – Sec. 60113 (p.678) would impose a “waste emissions charge” for facilities reporting more than 25,000 metric tons of CO2 equivalent greenhouse gas emissions annually.

This tax would be assessed on the production and gathering of oil and natural gas, and on the transmission, storage and exporting of natural gas using an initial cost factor of $900 for 2024 emissions, $1,200 for 2025 and $1,500 for 2026 and each year after.

This could have significantly drive-up costs for consumers who are already paying increasingly high energy costs. As IPAA’s Jeff Eshelman previously explained, “this tax could increase U.S. consumer natural gas bills by 17 percent on average or more than $100 per year for an average American family, according to one estimate in a letter to House and Senate leadership signed by IPAA, the American Gas Association, the Interstate Natural Gas Association of America and several other state and natural gas supply chain trade associations.” AGA’s Kristen Granier said in October 2021:

“By AGA’s estimates, the tax will increase natural gas bills at a minimum of 12 percent per American family per year. While this might not seem like a lot to most, this is the difference between buying groceries and paying to heat your home this winter.”

And those were estimates for this past winter prior to inflation hitting record levels in 2022.

Yes, consumers, ratepayers and taxpayers are all being robbed twice by this despicable legislation. We are being forced to pour money the renewable energy corporatist rat hole while also paying higher prices for natural gas to make sure there is an incentive to keep throwing money down the renewable energy corporatist rat hole. It’s all part of a Great Reset intended to reward the world’s greatest highway robbers with ever more riches out of the pockets of the lower and middle classes.