[Editor’s Note: Renewable energy being compulsively imposed on us by corporatists, ideologues and special interests without concern for impacts is yielding energy rationing.]

Whether it’s a hot Colorado summer or a cold United Kingdom winter, the misery of “green” policies becomes an everyday reality as hapless consumers are denied access to energy. When state lawmakers and energy providers choose to increase “renewable” technologies in their energy mix, the inevitable results are grid instability, power shortages, higher prices and a whole lot of blackout-driven chaos.

Is this the new normal that the governing elites of our world want us to embrace? Then we must accept the denial of a basic necessity in modern society — affordable and available energy. 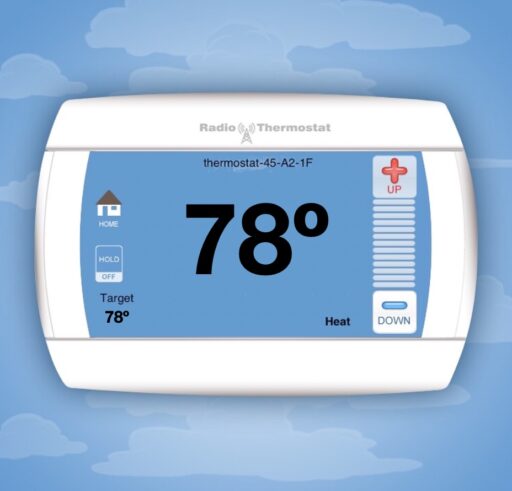 In Colorado, energy demand peaked on August 30 due to soaring temperatures. The Epoch Times reports that “more than 22,000 Xcel Energy customers in Colorado were greeted with the message ‘energy emergency’ on their smart thermostats, preventing them from reducing the temperature below 78 degrees.”

Xcel said that this affected only customers who signed up for a special rewards program that gives cash incentives to consumers, who are free to opt out of it. While the voluntary nature of the program makes it less than authoritarian, the mindset of our energy masters is unsettling, nonetheless.

The truth is that Xcel’s rationing of energy is not a weather problem, but rather a result of the utility’s embrace of the foolishness of replacing economical and plentiful fossil fuels with so-called renewable energy sources that are ill-suited for making electricity for large populations.

More of the same can be expected, according to The Colorado Sun: “Xcel plans to double its renewable energy generation by 2030. It’ll cost consumers $8 billion to do it. Big new solar and wind projects are planned to get Xcel Energy to 80 percent renewable generation in Colorado.” This will leave millions with unreliable power supplies.

In one recent week in green-obsessed California, natural gas provided most of the state’s demand in the evening hours because its renewables can’t keep up with demand. For those unaware, California “had the 10th-largest increase (48.75 percent) in renewable energy production between 2014 and 2019.” The state, from 2004 to 2021, received $557.8 million in federal dollars. No state has more incentives and policies geared toward renewables than California, which has 170.

So, what we have is a threat of millions of customers across the country heading toward energy shortages because of their providers’ aversion to fossil fuels and willful blindness to the risks of sacrificing energy security to a faux climate emergency.

But this is not just a U.S. problem. In 2017, citizens in many Chinese provinces were unable to get coal for winter heating because of a policy that required a reduction in use of the fuel. The South China Morning Post reported that “shivering villagers in northern China resorted to burning corn cobs and wood scraps.” In the UK, insufficient heating in homes for the elderly due to the high cost of energy was linked to excess deaths.

In Africa, the continent’s biggest funder of developmental projects — the African Development Bank — has stopped supporting coal projects that are needed to spur economic growth and alleviate crushing poverty in many countries.

Perhaps most disturbing is that the misbegotten global movement to decarbonize the energy sector is still in its infancy. Given the pain already inflicted on consumers, a fully developed “energy transition” will impose a dearth of energy of unimaginable proportions. In regions like many in Africa, this means that economic growth will be stoppedbefore it starts. In developed countries, citizens will take giant steps backward in lifestyle and some will sink into poverty.

Humankind has made great strides at great costs during the past few centuries to reach the current state of energy abundance that civilization enjoys. Elite policy makers are reversing this progress by denying people the energy they need to prosper and even to survive.

Authored by Vijay Jayaraj  and originally published at Real Clear Energy September 14, 2022. Jayaraj is a Research Associate at the CO2 Coalition, Arlington, VA, and holds a master’s degree in environmental sciences from the University of East Anglia, UK. He resides in Bengaluru, India.