Report: Electrification Is “Costly and Complex”

Even individuals that have advocated for an “electrify everything” path forward for the United States acknowledge the high costs and complexity of such measures, as recent GreenBiz electrification articles demonstrate. GreenBiz CEO, Joel Makower explains:

“All of which is to say that while “electrify everything” has become the mantra of advocates of climate and energy policy, the paths from here to electrification and decarbonization are costly and complex.”

Despite this acknowledgement, the articles – as well as the “electrify everything” and “Keep It In the Ground” movements – ignore natural gas’ increasingly important role in a decarbonized future. For some reason these advocates are willing to accept that electrification could strand trillions of dollars in assets globally and increase carbon emissions in certain geographical locations.  Not to mention that they wholeheartedly ignore the fact that the U.S. currently lacks the energy storage capacity to enable and back up renewables without natural gas. 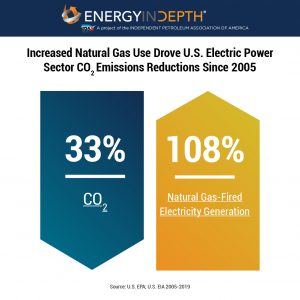 Its abundance and storability has allowed for greater integration of intermittent, renewable energy sources, according to the Energy Information Administration. It must remain integral to the grid’s power supply if the United States is to maintain energy reliability.

As a recent report from researchers at Columbia University’s Center on Global Energy Policy explains:

“Studies by energy agencies, universities, and the industry that model future U.S. natural gas consumption consistently show continued use of natural gas for at least the next 30 years, even in scenarios where the country achieves net-zero targets by midcentury. There is no quick replacement for gas in the U.S. energy mix.” (emphasis added)

And the National Energy Renewable Laboratory finds that even as U.S. buildings and homes move to greater electrification, natural gas will still be a significant fuel source to ensure grid reliability::

“High electrification drives the accelerated and increased deployment of both renewable energy and natural gas-fired technologies, with incremental deployment beginning in the 2030s. Growth over time is expected for both natural gas and renewable energy across all supply-side assumptions, but these two sources also compete to supply electricity to increasing demands under electrification.”

If the country increases electrification, natural gas will need to play an even greater role in power generation to ensure the resiliency and reliability of the grid for homeowners and businesses. Makower remarks that:

“We’ve seen recently the fragility of this [grid] ecosystem, whether due to severe cold, heat, wildfires, hurricanes, floods, droughts and other all-too-frequent manifestations of a changing climate.”

Removing natural gas from power generation only further exacerbates strain on the grid. When a heatwave hit the West Coast last summer, California was unable to cope with the increased cooling demand. Why? Because California’s short-sighted energy policy forced well-functioning natural gas plants off-line and energy imports from neighboring states were unavailable. California Gov. Gavin Newsom (D) had to ask residents to reduce their electrical consumption and the State Water Resource Control Board later opted to postpone the decommissioning of four natural gas plants to ensure demand.

One point that isn’t mentioned in either article, and is often overlooked in the broader conversation, is the high cost of electricity compared to natural gas. The 2021 U.S. federal average unit cost of energy shows that electricity is three times more expensive per million British thermal unit. And at a fraction of its overall price, it is delivering more power to residents than electricity. 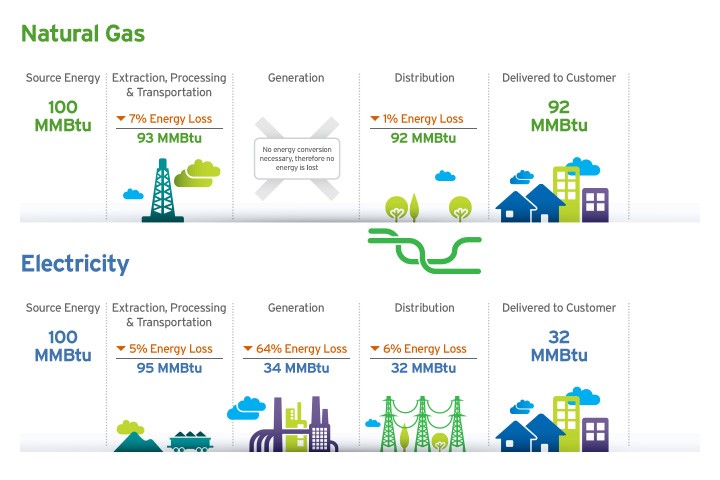 While the later article by GreenBiz electrification analysts cites California cities as a prime example of a “clean” grid, it fails to mention that renewable mandates have forced electricity prices in the state to climb higher than the national average. Currently, California pays the highest electricity prices in the continental United States and struggles with keeping energy costs low for its lower-income citizens. As it stands, the cities that have banned natural gas in California are on average 80 percent richer than the average American home.

Natural gas will play a role in the future energy stream and should be included in the conversation. Without its reliability, a low carbon grid is impossible, and without its cost savings, energy costs to residents spike to unstable levels. Rather than dismiss it as a resource and commit to an upheaval of the current system, natural gas should be considered an asset for power generation and direct use by Americans.