Republicans Need to Learn How to “Just Say No”

Fossil Fuels Aren’t Just Reliable: They’re Green As Could Be

[Editor’s Note: Republicans, who never met a battle they didn’t know how to lose, are trying to have it both ways on energy. It won’t work. Truth is the only antidote for lies.]

First, there is no climate emergency. Claims to the contrary are based on exaggerations of carbon dioxide’s warming effect and computer models that have proven unreliable.

As Republicans settle into the leadership of the new House of Representatives, we are hoping for clearer congressional thinking about the climate issue. However, there is work to do on the Conservative Climate Caucus. 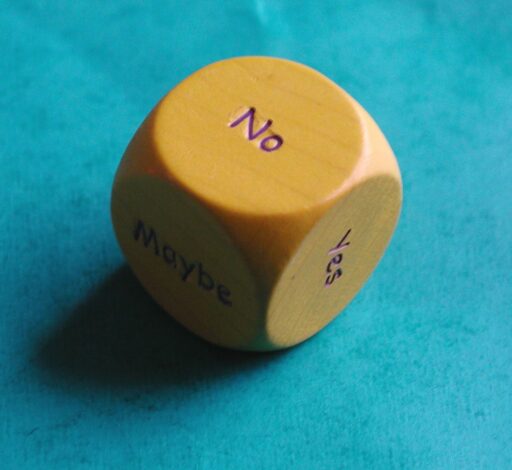 “Republicans have solutions to reduce world emissions while providing affordable, reliable, and clean energy to our allies across the globe,” said Rep. John Curtis of Utah, caucus chairman, in a news release last month. We infer that carbon dioxide are the emissions of concern because they are most often cited by alarmists as a climate wrecker.

Rep. Curtis’s assumption that there is a need to decrease CO2 emissions is a delusion divorced from reality and unsubstantiated by science. This absurdity regularly is perpetuated by people wanting to sound reasonable in an atmosphere of hysteria and political chicanery.

Such persons of “reason” reliably promote an “all-the-above” energy strategy. And right on cue, in the fifth paragraph of the Conservative Climate Caucus news release is Rep. Debbie Lesko of Arizona saying:

“House Republicans have been hard at work to support all-of-the-above energy solutions without sacrificing our energy security, affordability, and reliability. I am pleased to be joining my colleagues … to demonstrate to the world that we have common sense solutions.”

It is the quintessential statement of reasonableness. It also is devoid of critical thinking, as well as of common sense, which, to her credit, the member of Congress seems to value.

We do not mean to pick on Rep. Lesko. She is merely an example. Neither are we impugning her intelligence or intentions. Plenty of smart people with good intent similarly stumble only to find themselves in an awkward search of a solution for a nonexistent problem.

In reference to energy, the “all-the-above” pitch grants equal standing to numerous sources: coal, oil, natural gas, nuclear, wind, solar, biomass and so forth. Moreover, it assumes that the burning of fossil fuels must be balanced with the use of wind and solar to mitigate the atmospheric warming of carbon dioxide.

Both are light-years from the truth. Energy sources are not equal, and carbon dioxide poses no threat to the planet.

Dr. William Happer, professor emeritus in the Department of Physics at Princeton University, has coauthored a paper that shows that the greenhouse effect of carbon dioxide is limited to a narrow band of the electromagnetic spectrum and cannot cause dangerous heating of the planet.

“Carbon dioxide is completely natura. “Plants need it to grow. We all breathe out about two pounds of it every day. When people say that we need to remove carbon dioxide from the air, I can’t imagine what they are thinking because today there is not enough carbon dioxide compared to what plants would prefer. We are living in a time of a carbon dioxide famine in the context of geological history. We need more of it not less.”

“The demonization of carbon dioxide is absurd. Widely accepted data, such as those from Antarctic ice cores, show that over geologic time almost never have carbon dioxide levels been as low as today. Over most of Earth’s history, levels have been four or five times what they are now.”

As for the comparative value of energy sources, an analysis by CO2 Coalition member Dr. Indur Goklany finds that coal, oil and natural gas are the most beneficial based on their efficiencies and on the salutary effects of their emissions of carbon dioxide. These fuels have fostered unprecedented prosperity and human health.

Their CO2 emissions have contributed to an overall greening of Earth and record crop harvests.

The green lobby’s promotion of subsidies for wind and solar is exactly backward. Reason would dictate that fossil fuels — along with nuclear power — be favored because of their unmatched effectiveness in sustaining human life, although we prefer free markets over government picking winners and losers.

We understand the desire to be “even-handed” or to “reach across the aisle.” However, conceding to false claims of a crisis and promoting foolish strategies as “solutions” is dangerous. It is a packaging of “reasonableness” without regard to reason.

This commentary was first published at Daily Caller, December 3, 2022, and can be accessed here.

Gregory Wrightstone is a geologist and the Executive Director of the CO2 Coalition in Arlington Virginia. He is bestselling author of Inconvenient Facts: The Science that Al Gore doesn’t want you to know.