[Editor’s Note: A settlement with DEP has been unanimously approved by the Pennsylvania PUC with regard to the Revolution Pipeline in Western Pennsylvania.]

The Pennsylvania Public Utility Commission yesterday voted unanimously, 3-0, to adopt a settlement outlined earlier this year with the developers of the Revolution Pipeline in western Pennsylvania. Several members of the Pennsylvania Energy Infrastructure Alliance weighed in on the proposed settlement during the public comment period over the summer to urge PUC approval. 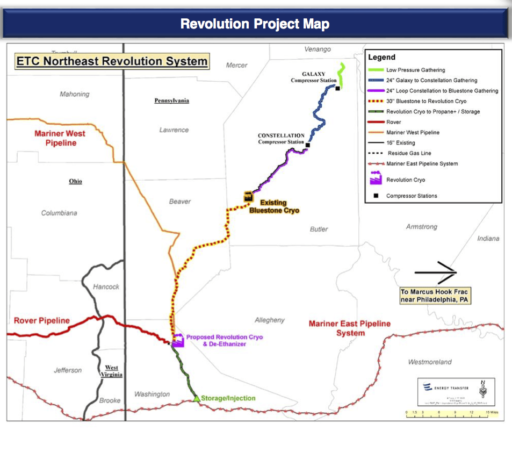 The settlement agreement resolves all outstanding issues related to the September 2018 incident in Beaver County. In addition to a civil penalty, which was widely reported on previously, the settlement requires additional monitoring, inspection, and integrity measures, which are already under way. Represented in study after study, pipelines are proven to be the safest way to transport energy products over other methods like train and truck.

As the second-leading natural gas producing state in the United States, Pennsylvania depends on pipelines like Revolution to get natural gas to market. This mutually accepted and unanimously approved settlement agreement is entirely comprehensive, backed by science and engineering reviews, and absolutely necessary to ensure the safe, responsible development of our energy sector.

Editor’s Note: We are seeing extremists across the world fight pipelines with everything they’ve got as a means of killing the oil and gas industry and, of course, they reveled in the difficulties resolved by this settlement. They want a revolution that will make way for renewables by constricting the supply and raising the price of oil and gas. It won’y work, of course, because renewables, for the most part, are incapable of solving their intermittency issues and their energy density problem.

The first of these issues means oil and gas is still needed on the same scale for a dispatchable backup of source of energy and, therefore, we get stuck with duplicative systems that are inherently unaffordable.

The second issue has to do with the fact solar and wind are simply inefficient at the root. They cannot deliver any meaningful amount of energy without consuming huge amounts of land and requiring a complete replication of the grid. Subsidies are unavoidable and they cannot make it on their own despite 40 years of trying.

So, why are extremists so intent upon attacking pipelines and killing oil and gas? Because they know nothing but have the generous financial support of corporatists invested in green eggs and scam.