RGGI Hits A Snag But Is It Just A Temporary Reprieve?

RGGI Hits A Snag But Is It Just A Temporary Reprieve?

Judge David Wojcik of Pennsylvania’s Commonwealth Court (the first appeals court for civil cases) has just put on hold Tom Wolf’s reprehensible attempt to shove RGGI down the throat of Pennsylvanians who wouldn’t give him a severance tax. Wojcik has issued opinions in two cases, one brought by Pennsylvania’s DEP effectively against State Senators seeking an injunction to stop RGGI and the other by the coal industry and trades, stating there are real issues with RGGI that need to be addressed and granting a preliminary injunction to halt implementation for the time being. 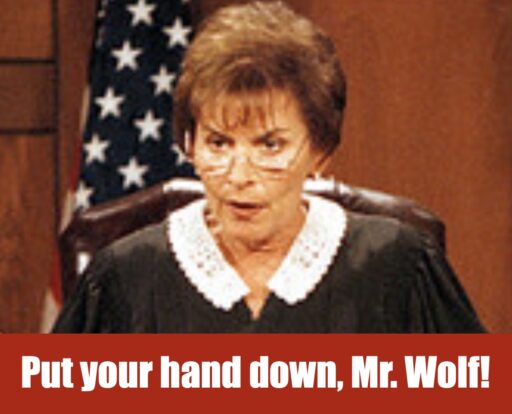 Both opinions are lengthy and filled with jargon, accepting and rejecting multiple arguments, but the end result in both cases is the granting of a preliminary injunction halting RGGI for now, which is good news. I don’t say great news because, even if Judge Wojcik’s decision holds before the Commonwealth Court, our corrupt Pennsylvania Supreme Court will probably later reverse as Democrat party apparatchiks once again stick together to support Tom Wolf as they have done repeatedly, including during the 2020 election. Still, tat will take time and the reprieve will provide an opportunity to scuttle this ridiculous piece of virtue signaling by our trust-funder governor, especially if he is replaced by Doug Mastriano.

The ket element in the opinions is this one paragraph:

We cannot, at this time, agree with Secretary McDonnell’s argument that the allowance auction proceeds do not constitute a tax. First, it is undisputed that the auction proceeds are remitted to the participating states. Senate Ex. 22 (52 Pa. B. at 2482 (“The CO2 allowances purchased in the multistate auctions generate proceeds that are provided back to the participating states, including the Commonwealth, for investment in initiatives that will further reduce CO2 emissions.”)). Secretary McDonnell’s position is unpersuasive where it is undisputed that the auction proceeds are to be deposited into the Clean Air Fund, are generated as a direct result of the Rulemaking, and the DEP anticipates significant monetary benefits from participating in the auctions. In addition, and importantly, it is unclear under what authority the DEP may obtain the auction proceeds for Pennsylvania allowances purchased by non-Pennsylvania covered sources not subject to the DEP’s regulatory authority and which are not tethered to CO2 emissions in Pennsylvania.

If, in other words, it looks like a tax, walks like a tax and quacks like a tax, it’s a tax. That’s refreshing honesty from our legal system and it appears in both opinions.

There’s another element to the granting of the Senator’s request for an injunction, though, and it revolves around what Judge Wojcik described as “an action pitting the actions of one branch of state government against what others characterize as the exclusive constitutional powers of another.” he analyzes the back and forth arcane procedural arguments of both parties as to what the governor and legislature did or didn’t do properly as Tom Wolf cocked back his head stuck his middle finger up in the air at everyone who wasn’t a fellow politically correct preppy.

It’s hard to follow but something intriguing came out of it. it related to the principle of “deemed approval.” This is what occurs when a unit of government fails to act in a prescribed amount of time and the party before it is granted a default approval. Deemed approvals aren’t automatic, though. They’re subject to the aggrieved party proving to a third party that they acted in a timely fashion but the government unit did not. In this instance, DEP asserts the legislature failed to act in a timely manner, the Senate disputes this and the Commonwealth is asked to determine who’s correct. Judge Wojicim notes the following:

If it is as Secretary McDonnell maintains and the Rulemaking was deemed approved in October 2021, the Governor’s veto of SCRRR1 on January 10, 2022, was a nullity. There would have been no need for the Governor to veto SCRRR1 if the Rulemaking was deemed approved on October 14, 2021, and no need for the Senate’s attempt to override the veto. These actions by the Governor and the General Assembly lend support for the conclusion that there is valid question as to the interpretation of Section 7(d) of the RRA.

Finally, and certainly not controlling, we notice that the language of SCRRR1, reported months before this controversy arose, is consistent with the Senate’s current position, that is, Section 7(d) of the RRA provides for consecutive consideration by each chamber of the General Assembly. SCRRR1 states:“Whereas, the House of Representatives shall have 30 calendar days or 10 legislative days, whichever is longer, from the date on which the concurrent resolution has been adopted by the Senate to adopt the concurrent resolution . . . .” Senate Ex. 2, at 4 (capitalization omitted and emphasis added).

For these reasons, we conclude that the Senate has raised a substantial legal question involving the separation of powers.

Well, isn’t that interesting? DEP says it was deemed approved anyway, so why did the Governor veto? A court might be inclined to say it doesn’t matter legally because the end result is the same, but that would miss the point; that Senate didn’t get due process before it got to a veto situation. Wolf can’t have it both ways and, politically, the dispute here illustrates just how badly wanted impose his will on Pennsylvanians despite their overall rejection f his scheme. Consistency under law meant nothing to him just as has been the case in supporting a fracking ban in the DRBC even as the SRBC with the same governing majority has allowed it with no discernible impact on stream water quality. DEP couldn’t really defend that nor can they defend this and perhaps that’s one of the reasons Patsy McDonnell has left the building.