RGGI Is Dead in Pennsylvania If These Facts Get Out!

RGGI is dumb policy, but no dumber than in Pennsylvania, which ships more power to neighboring states than any and Tom Wolf wants to kill us with a carbon tax.

RGGI is madness for an electricity exporter. It imposes a carbon tax on our households that will raise electricity prices for all Pennsylvanians, as well as our neighbors. We are currently benefiting from the fact our shale revolution has allowed to produce much cheaper electricity than the rest of a Northeast. They are saddled with RGGI carbon taxes and we are not. We have what they want and it’s saved us huge amounts of money. But Tom Wolf wants to tax us into their situation with RGGI. It’s really that simple and it’s especially stupid. 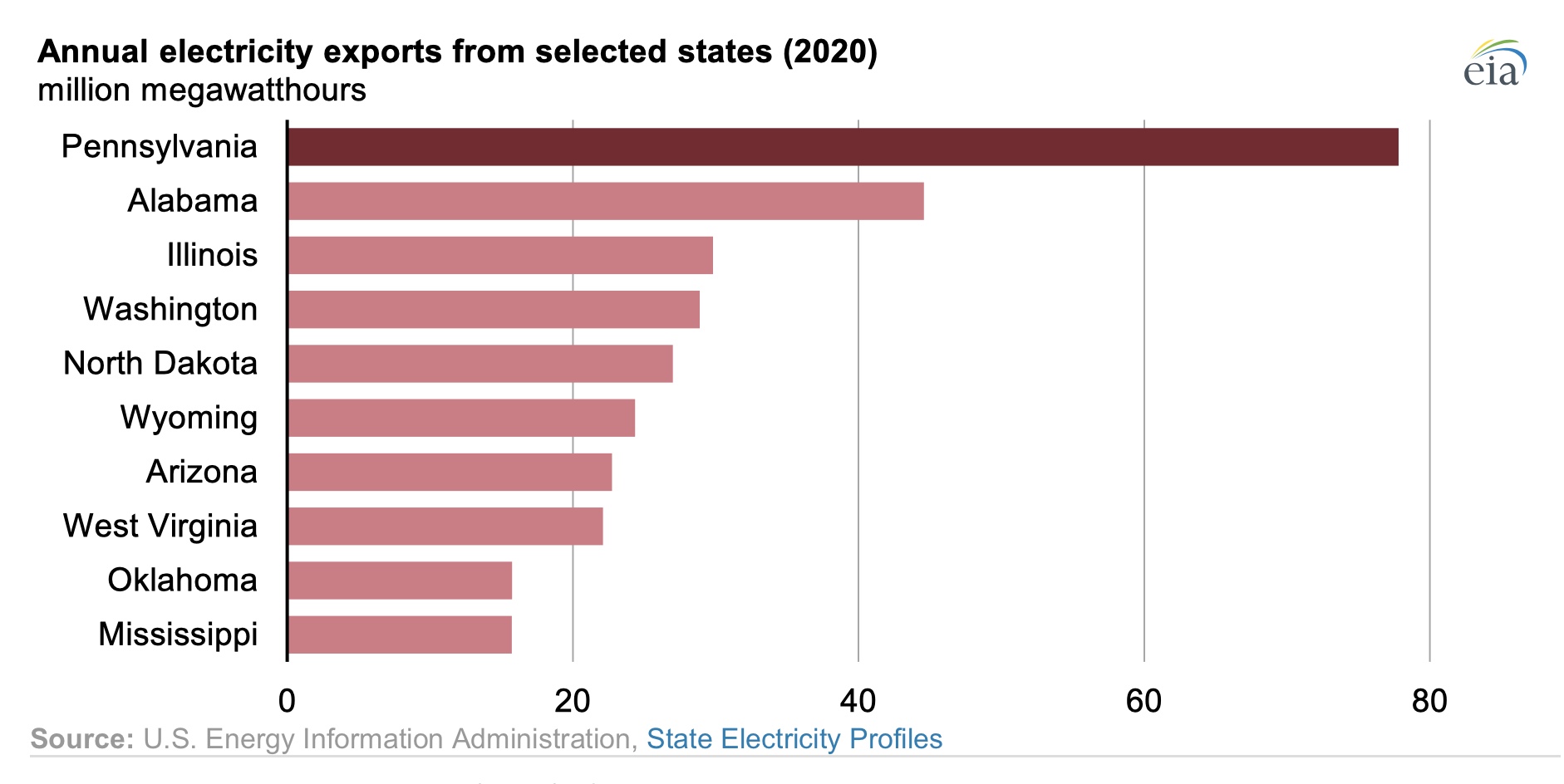 Pennsylvania sent more electricity to neighboring states than any other state in 2020!

What Tom Wolf doesn’t get about RGGI, and never will because he has lived the life of a trust-funder protected from the consequences of his elitist vision, is this set of facts from the Energy Information Administration (emphasis added):

Electricity retail sales in Pennsylvania totaled 140 million MWh in 2020, and after direct use and transmission losses, the remaining electricity was sent to other states.

These RGGI killer facts are all our legislators should need to illustrate the insanity of Tom Wolf’s mad drive to make us more like New York and New England. Pennsylvania is king of the electric hill in the Northeast. Why would anyone vote to support a RGGI green eggs and scam scheme that would drive us off the top?

It’s also worth noting how this wonderful little article at Today In Energy exposes the hollowness of the green dream. Notice that, in 10 years, after all kinds of subsidies and preaching, renewable electricity has grown from a tiny 3% of generation to a tiny 4% of generation (and that includes hydro and biomass). That’s anything but impressive but, of course, the EIA, like every other Federal agency in Biden Time, is forced to make it look better, so we are told wind has doubled and renewables have grown by “nearly 50%,” even though “nearly 50%” of 3% means less than 1.5% — over a decade when natural gas increased its share from 15% to a stunning 52%.

See how it works? The renewables hype is just that and nothing more. That’s equally the case with RGGI. It is pure scam. Every lawmaker should be against it. Pennsylvania has everything to lose and nothing to gain from RGGI. Send leftist bully Tom Wolf packing to spend more time with his prep school buddies reminiscing on the days of glory when men could be boys and dream of future domination.