RGGI Is Tom Wolf’s Revenge on Pennsylvanians Who Ignore Him

RGGI Is Tom Wolf’s Revenge on Pennsylvanians Who Ignore Him

[Editor’s Note: Tom Wolf is angry Pennsylvanians don’t recognize his superiority. He is taking his revenge by forcing RGGI down their throats as a parting shot at voters.]

If Gov. Tom Wolf’s administration gets its way in Commonwealth Court, Pennsylvania will join the Regional Greenhouse Gas Initiative (RGGI) in a matter of weeks. 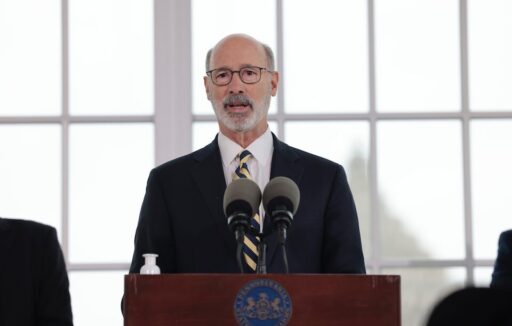 The administration’s potential victory – a hollow quest to lower carbon emissions in Pennsylvania – will cost residents $2 billion in the next five years. How? According to the Department of Environmental Protection’s own budget projections, energy producers will spend an estimated $410 million each year buying credits at RGGI’s quarterly auctions meant to offset the emissions their facilities generate. Make no mistake, this is a carbon tax, which means utilities will increase customers’ rates to recoup their added costs.

So now, on top of record-breaking inflation, skyrocketing gas prices and supply chain nightmares, Pennsylvanians will pay up to 25% more to keep the lights on and stay warm during winter. And that clean air RGGI promises to deliver? It won’t exist either, since nothing can prevent carbon dioxide and other air pollutants emitted from power plants in Ohio or West Virginia from drifting across state lines. Even the most optimistic projections today show a CO2 reduction of less than 1% by 2030.

Virginia recognizes the abject failure of RGGI to achieve any of its stated goals and wasted no time reversing course on the legislature’s shortsighted decision to join the program two years ago. Despite wailing and gnashing of teeth from the green lobby, Virginia Gov. Glenn Youngkin’s executive action – and corresponding legislative action – will protect the state’s most vulnerable from an unconscionable spike in utility costs at a time when global conflict and economic uncertainty threaten us all.

If only this administration felt a similar allegiance to the 13 million people it represents. If only they supported energy policy that prioritized independence and valued the plentiful resource right beneath their feet.

Instead, the proposal is to leave Pennsylvania’s environmental and economic destiny to the whims of elected officials in New York and New Jersey. In each auction, the 11 states compete for a finite number of credits allowed under the regional cap. That number is based on a collective goal to reduce emissions 30% by 2030.

So Pennsylvania, the number two natural gas producer in the country and the nation’s top power exporter, should set its environmental policies based on Vermont’s or Maine’s or New York’s standards?

This isn’t the first time the administration listened to liberal idealogues from states that bear little resemblance to our own. For example, the administration sat idly by while other mid-Atlantic states in the Delaware River Basin Commission made rules that restricted Pennsylvania’s energy development. Pennsylvania routinely adopts a “regional” approach to complex issues without recognizing the unique challenges we face or the inherent economic power we alone hold. RGGI is a prime example.

In Virginia, frustrated lawmakers and the environmental groups that bankroll them will inevitably challenge Youngkin’s executive order in the courts. The Southern Environmental Law Center even had the audacity to tell Forbes that the state’s RGGI participation “cannot be undone by a simple pen stroke” since only the General Assembly “gets to decide laws in Virginia.”

It’s strange how their counterparts a few hundred miles north claim the exact opposite – the state’s Air Pollution Control Act somehow gives our governor unilateral power to enact a tax on the power sector without considering any legislative input. This is not how the other RGGI states decided to join either.

The administration will dance around this fact, like it did during DEP’s budget hearing before the Senate Appropriations Committee earlier this month. But the truth still remains – 162 out of 253 elected officials in Pennsylvania oppose joining RGGI because it will raise electricity bills, send thousands of jobs out of state and do nothing to improve air quality.

Republican victories in Virginia means lawmakers there could codify the RGGI exit through statute. Pennsylvania won’t be that lucky. Our divided government means only a veto override – or a successful legal challenge – can prevent us from barreling head-first into this disastrous carbon tax scheme.

Senator Gene Yaw was elected to represent the 23rd Senatorial District consisting of Bradford, Lycoming, Sullivan, Union Counties and a portion of Susquehanna County. He serves as Chairman of the Senate Environmental Resources and Energy Committee.