Senator Gene Yaw’s Senate Environmental Resources & Energy Committee conducted a hearing the other day on RGGI, the underwhelming Regional Greenhouse Gas Initiative that in which Governor Tom Wolf wants to arbitrarily enroll the Commonwealth. The governor got plenty of pushback from the trades and I was struck by the testimony of Donald Arena, President of the South Central Pa Building and Construction Trades Council. You can watch the whole hearing here, but I have reposted much of his testimony below (emphasis added): 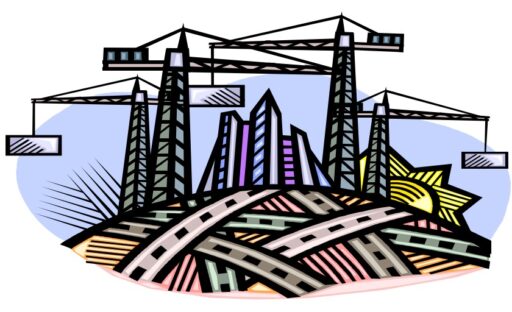 My name is Donald Arena. I am the President of the South-Central Building & Construction Trades Council. Our Council consists of 22 affiliated Building Trades local unions serving Bedford, Blair, Cambria, Fulton, Huntingdon, Indiana & Somerset Counties here in the Commonwealth of Pennsylvania.

Our affiliated local unions provide manpower to every aspect of the construction, maintenance, repair, and service industries throughout the seven counties. One of our larger projects recently completed in Cambria County was a 1,050 MW combined cycle natural gas energy facility. This project provided our members with approximately 1.75 million-man hours of work over a 30-month construction period, at a cost of approximately a billion dollars.

We also provide manpower to contractors that service Conemaugh, Homer City, and Seward Generating Stations as well as power plants outside our territory. We have members in these plants year round…

Based on the last 15 years we have seen numerous coal fired power plants either convert to natural gas or retire which in turn reduced carbon emissions. Pennsylvania’s power generation industry has already exceeded Governor Wolf’s, President Obama’s, and the Paris agreement target of CO2 emissions by 2025.

By doing this we will have an opportunity to replace these plants with another form of energy instead of giving the opportunity to another state in the PJM operation market. We need to entice investors to build new facilities on these retired power generation sites, not deter them.

Just the mere fact that the governor has announced that he would like to become a part of the RGGI program, has already deterred investors from looking in our Commonwealth to build future plants.

In Fayette County, there is a closed fossil fuel plant that retired in 2012 called Hatfield Ferry. This plant is slated to have a new combined cycle gas fired power plant built on its site. We understand that the investors pulled the funding to build this plant because RGGI is a possibility in this Commonwealth.

If I were an investor and had billions of dollars to invest in energy, and I have a choice between investing in the Commonwealth of Pennsylvania as a RGGI state, or investing in Ohio or West Virginia that doesn’t have an additional cap and trade mechanism in place , which one would I invest in? Why would developers build a gas fired plant in a state that would have additional operating costs of at least $2.35 per MW hour.

I think we need to look at the big picture. We are part of the PJM operating market that consists of 13 states, so developers can build anywhere in that market and still provide power to the grid. The power generation business in our commonwealth is already exceeding the C02 benchmarks. Again, why not let these plants retire at a natural progression? This will give us an opportunity for investors to put some type of power facility on these old fossil fuel sites, which in turn would give a community that will be in a distress status an opportunity to recoup some of its losses in tax revenue.

We are not against doing something to stop global warming. We just want to be smart about it and everyone do their fair share. Not just the energy sector that provides us with man-hours for our members. We need to also make sure that Pennsylvanians understand that to fight global warming comes with a price. The cost produce electricity will go up and the residential market will be the ones hardest hit.

Lastly my hometown is Johnstown PA. Johnstown was a thriving Steel making town until the early 80s. When the steel mills closed, our town was devastated. In 1992 the city of Johnstown became a distressed city under Act 47. By October 2021 Johnstown will be out of their distressed status. That’s 29 years and Johnstown is still not even close to the economy it once enjoyed.

The point I’m trying to make is that communities don’t recoup as fast as you think when major industry moves out of their area. Now, in Johnstown’s case it was unavoidable based on economic conditions and a major flood in 1977. In this case by implementing RGGI you are creating this economic hardship for these communities.

In closing, I ask that all branches of our state government look at all factors and all the data before deciding in entering in to the RGGI program.

Just beautiful. Watch the whole hearing here. Also, check out this recent RGGI protest. Trade unions, Republicans and blue-collar Democrats are lined up together to get rid of this RGGI rubbish.