[Editor’s Note: Justin Trudeau, the spoiled brat totalitarian imposing his will on Canada, has his equal in Tom Wolf who has an obsession with imposing RGGI on Pennsylvanians.]

Gov. Tom Wolf’s timing for imposing a new energy tax could hardly be worse. Pennsylvania’s economy is trying to recover from the pandemic’s brutal effects. Yet, Wolf’s fixation to join the Regional Greenhouse Gas Initiative (RGGI) ignores that the policy will raise families’ energy bills and cripple local businesses. 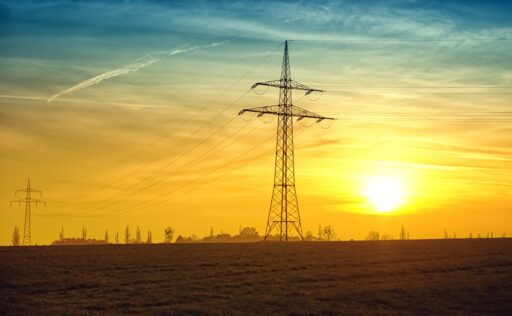 Wolf has tried – without the legislature’s approval – to bully through the new tax since the middle of the pandemic. In January, the governor vetoed a state Senate bill intended to reverse his unilateral effort to join the multi-state agreement that penalizes fossil fuel companies. This month, he sued in Commonwealth Court to force the tax into immediate effect.

But there’s a good reason the legislature insists on shared decision-making. Though RGGI purports to encourage green energy sources like wind and solar, the tax simply outsources our fossil fuel needs to other states.

RGGI won’t halt climate change; it will only increase energy prices and challenge the reliability of our electrical grid. For countries like Germany and England – over reliant on wind and solar – the past year brought havoc to power production. Closer to home, more than 200 people died last February in Texas during power outages induced by a cold snap that shut down natural gas generators and rendered wind turbines useless.

In Delaware, RGGI costs imposed on power plants drove the percentage of electricity generated within the state to 33% this year, down from 78% a decade ago, according to David Stevenson of the Caesar Rodney Institute. The owner of Delaware’s last remaining coal-fired plant announced the plant can no longer cover overhead costs and plans to close it this year. Natural gas plants are facing similar pressures.

Pennsylvania is the top exporter of electricity among states, a rare instance of economic leadership now in jeopardy. Our commonwealth can ill-afford another tax on job creators, especially in the industry that props up our fragile economy as we recover from the pandemic.

Lost electricity sales resulting from RGGI would cost the state $2 billion annually, according to Stevenson. He estimates a loss of 1,400 jobs just in electric generation and increases in electricity rates during the first nine years of hundreds of dollars for households and hundreds of thousands for manufacturers. Actual numbers would depend partly on the price of carbon allowances, which have been rising.

Meanwhile, Pennsylvania’s competitors are going the opposite direction on energy. The governors of Connecticut and Massachusetts have moved away from a cap-and-trade program governing the automotive industry. And the newly-inaugurated governor of Virginia, Glenn Youngkin, issued an order withdrawing his state from RGGI to lower electricity costs for homes and businesses.

Pennsylvania needs this kind of positive leadership. Instead, Wolf’s fixation on RGGI is already creating economic anxiety and lost jobs in the Pittsburgh area. “There has been an exodus of workers the last couple of years because of the uncertainty with future operations,” said Aric Baker, an International Brotherhood of Electrical Workers member at one of the plants scheduled for closure in 2028. “If someone is 30 years old and working at the plant, they are probably looking for another job.”

The Keystone plant in Armstrong County and two other coal-fired plants in neighboring Indiana County directly employ 550 people and support an estimated 8,100 jobs, according to Power PA Jobs Alliance, a coalition of labor and industry groups. It is little wonder that some Democrats with constituents in the coal and power industries are siding with Republicans to oppose RGGI despite the governor’s reported tactics of extorting legislators to support the carbon tax.

Opponents of RGGI will be looking for more allies like Snyder as they resist the governor’s heavy hand.

Reposted from City & State Pennsylvania with permission of the author.