Critics of pro-energy policies love nothing more than to hold up campaign contributions from fossil fuel interests as evidence that the recipients’ support hinges solely on greed.

There’s often zero acknowledgement of the flipside of that argument: environmental lobbyists and political action committees (PACs) exist too, their money often comes from shadowy sources and their agenda aligns with geopolitical adversaries committed to the demise of western Democratic nations, the United States chief among them. 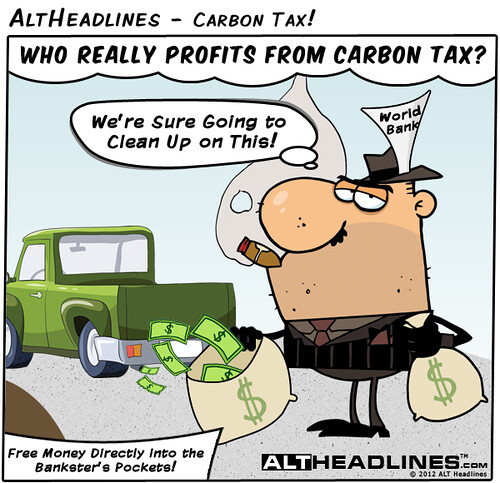 RGGI, like all carbon tax schemes, is intended to put more money in the hands of big banks, hedge-funders and green-grifters invested in “green” energy.

I support the United States and I am very proud of Pennsylvania’s position in energy production in this country. I like to think that is why people support me. Energy is the key to a viable and resilient economy. Does anyone really care about the environment when they don’t know where their next meal is coming from or whether they can afford to pay bills?

So yes, I’ve accepted donations from energy companies and political action committees. And yes, I agree that Pennsylvania’s abundance of fossil fuels is an economic asset that should be regulated with precision, not a dirty and shameful malignancy to be hacked off with little regard for the consequences. I’d believe those things with or without a single campaign contribution in my name.

Some of my colleagues who disagree with me accept donations from the green lobby and its associated PACs. I’m certain their support for the Regional Greenhouse Gas Initiative (RGGI) is rooted in their personal beliefs and the backing of their constituency – not a $1,500 contribution from the Natural Resources Defense Council or the Sierra Club or the League of Conservation Voters.

And certainly, it has nothing to do with weakening American gas and oil production to strengthen resource-rich countries like Russia or China, as was suggested to the Senate Environmental Resources and Energy Committee back in 2018.

Nearly four years before Russia launched its full-scale invasion of Ukraine, a reporter from the Daily Signal testified environmental advocacy groups who ran successful anti-fracking campaigns in New York were bankrolled by a California-based funding incubator that took millions from the Russian government and Vladimir Putin.

Perhaps had those groups been less successful, Pennsylvania natural gas could be supplying the western European nations that want to dump Russian imports without creating an energy crisis. At least we’d be supplying New York and New England, but Putin’s money prevented that, too.

And I cannot erase the mental picture of certain so-called environmentalists cheering the demise of the New Fortress liquified natural gas (LNG) project in Bradford County when western Europe desperately needs our help offsetting the Russian stranglehold on the supply of natural gas. Is that really something to be proud of?

Staking out what is stated to be moral high ground is a shortsighted tactic, but one that happens often on the progressive left. Take RGGI for example, a quarterly auction in which 11 states bid for credits to offset the carbon emissions generated by their power sector.

Pennsylvania, by executive fiat and without any legislative input, became the 12th state to join RGGI last week. The administration’s own estimates, released in January, suggest the program will generate more than $400 million in annual revenue for Pennsylvania, paid for by electricity consumers of all types.

This represents a de facto carbon tax on power generators and will leave thousands of workers unemployed. Independent analysts also believe it will raise energy costs by double digits for residents, including many on low and fixed incomes that already feel the squeeze of record-high inflation.

So when confronted with lacking justification for their position, either from an economic or environmental perspective, RGGI supporters fall back on the unscientific stance that we have a “moral obligation” to join. Anyone who disagrees is nothing more than a fossil fuel company shill with dollar signs in their eyes and a lump of a coal beating in their chest.

There’s never any nuance. There’s never any recognition that air flows freely and indiscriminately across state lines. RGGI does nothing to stop emissions from power plants in Ohio or West Virginia from floating into Pennsylvania. It does, however, close plants, unemploy thousands and decimate communities across this state – and for what? Less than one percentage point in reduced carbon emissions.

It is sad to see us waste time chasing the non-existent benefits of RGGI while the Department of Environmental Protection estimates as many as 200,000 orphaned gas wells – built more than 50 years ago – continue emitting methane, a greenhouse gas 34 times more destructive to our atmosphere than carbon dioxide, into the air we breathe every single day.

I care about our environment, and I support policies that offer creative and collaborative solutions to the problems we face – such as bills I co-sponsored to clean up streams, implement carbon capture and sequestration and cap orphan gas wells. These proposals engage industry to address climate concerns without levying unconstitutional taxes or eliminating jobs.

Like it or not, energy is intrinsically tied to the history, culture and prosperity of Pennsylvania. We cannot separate ourselves from this reality, no matter how many hatchets this administration throws at it.

Don’t be fooled by one-sided rhetoric that paints critics as cartoonishly greedy or conspiratorial ghouls. Seek out media that tells the whole story, not just the side they want to be heard. Remember that old adage about making assumptions. And never forget – energy builds the economy upon which we all rely!

Senator Gene Yaw was elected to represent the 23rd Senatorial District consisting of Bradford, Lycoming, Sullivan, Union Counties and a portion of Susquehanna County. He serves as Chairman of the Senate Environmental Resources and Energy Committee.