Rooftop Solar, Propped Up by Subsidies, Takes A Big Fall

Rooftop Solar, Propped Up by Subsidies, Has Taken A Big Fall

[Editor’s Note: The climate movement took a bunch of big hits in 2021, although you wouldn’t necessarily know it from the press, politicians or the corporatists promoting it.]

Solar as a grid source of electricity is uneconomic, from the rooftop to the large solar arrays. So various government interventions pushed by the solar lobby must come to the rescue.

Solar’s Investment Tax Credit (ITC) offers a dollar-for-dollar federal tax credit for 26 percent of the cost of installing solar. Enacted in 2006, it has been extended several times and continue through 2023. 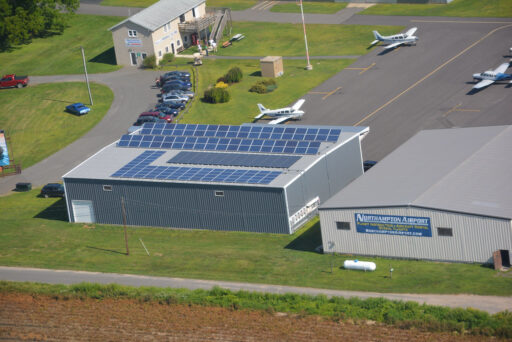 But, then comes net metering, a local/state program that requires utilities to buy solar from the same rooftop systems–at inflated prices.

Jinjoo Lee’s recent ‘Heard on the Street’ piece, Solar Starts Year with Long Shadows, in the Wall Street Journal (January 3, 2022) reveals how this subsidy is under fire, making the solar proposition a shaky political bet for the “energy transformation.”

“Rooftop solar companies aren’t exactly starting the new year with the sun shining on their faces,” the article begins.

Shares of residential solar companies Sunrun and Sunnova have fallen 19% and 14%, respectively, since the California Public Utilities Commission put subsidies for rooftop solar—known as net metering— on the chopping block in December. The commission plans to vote on Jan. 27 after taking public comments.

Florida is considering legislation that would cut such subsidies. The shock to their share prices isn’t surprising given that the two rooftop solar companies don’t yet generate a profit; their shares trade largely on growth prospects.

California and Florida—two of the sunniest states. And just imagine if the ITC were to expire too! Then it would be ‘game over’ for rooftops on the grid except for the wealthiest persons wanting to virtue signal.

The Golden State has the highest electric rates in the lower-48. It is the mecca of high-cost energies, including solar. Jinjoo Lee continues:

California is a leader in rooftop solar adoption and as of 2020 accounted for roughly a third of all new residential solar installations in the U.S., according to Wood Mackenzie and the Solar Energy Industries Association. The state’s customers account for roughly 40% of Sunrun’s installed base and a quarter of Sunnova’s, according to estimates by RBC Capital Markets.

Much of California’s rooftop solar growth has been fueled by the net-metering system, which allows solar customers to sell the excess electricity they don’t use back to the grid at a pretty generous value, the same retail rate they are charged for their home electricity. That has helped spur solar adoption as intended, but someone else has had to pick up the tab.

Specifically, other ratepayers foot the bill, which has put the issue into play:

Since rooftop solar customers pay less on their utility bills, they end up contributing less toward maintaining the grid, which they still use. That has meant the cost burden was shifted to those without rooftop solar, and often those who can’t afford it. Various groups peg that cost shift at between $1 billion and $3.4 billion a year.

The new rule would cut the rate solar customers get for selling their excess energy by a fair chunk. The rate will decline to 3 to 4 cents per kilowatt-hour during most sunny hours of the day, down from 17 to 44 cents per kWh previously, according to estimates from Pol Lezcano, North America solar analyst at BloombergNEF.

The economics are ruined:

It also adds a carrot in the form of a credit for installations and a stick in the form of a “grid charge” for solar users. The bottom line is that it will take new solar customers about 11 years to make back their upfront investment in their solar panels through reduced electricity bills, a substantial jump from the seven years it currently takes, according to BloombergNEF estimates.

Intermittency, creating the state’s infamous ‘duck curve,’ is a big part of the problem:

Net-metering rules have always been contentious across the country, but an overhaul seemed inevitable in California. Its solar-heavy grid has an abundance of electricity during daylight hours but a steep drop once the sun sets. That creates strains. Hawaii, which saw furious growth in rooftop solar before getting rid of net metering in 2015, had to do so largely out of necessity—parts of its grid were overwhelmed by a surge of solar electricity generated during the day.

“There are some silver linings to this,” Lee adds. (Can’t be too critical to a pillar of the ‘energy transformation.’)

One is that California’s rooftop solar market is no longer at the peak of its growth, which has slowed in recent years … [at] roughly 15% of California households living in single-family detached structures….

That means growth, to some extent, has to come from selling battery storage to those existing solar customers. The new rules create a price incentive for households to add storage to solar systems, according to Mr. Lezcano.

BloombergNEF estimates that with the new rules, the payback period for solar-plus-storage will decline to six years by 2027, down from eight years now.

For rooftop solar companies, generous incentives were the training wheels that had to come off at some point. Expect some wobbles ahead, but not a crash.

Or a crash if batteries are not subsidized, and the ITC withers away.