Roughneck music is music for hard working employees of the oil and gas industry who make America work by simply getting things done!

I wrote about roughneck music a year ago, focusing on songs by Jonny Cash, Waylon Jennings and several others. I noted then that the common attitude uniting the industry at all levels is one of simply focusing on “getting the job done and doing something incredibly practical and useful.” The roughneck culture is one of doers and that’s precisely what roughneck music celebrates. It is a perfect reflection of #WorldShaleEnergyDay! So, let’s review some more tunes.

First up is a song by Nick Lawrence from 2014. It is simply titled “Roughneck” and it highlights the “rough” in roughneck:

Out here way south of town, the sun beating down
On my red dirt stained skin.
Got my coveralls, my hardhat and my steel toes are wearin’ thin.
This damn job it never quits, I break my back for that paycheck.
Cause I’m a slave driven oil field worker from the south
Yeah they call me a roughneck…

My wife and kids I ain’t seen in 12 and ½ days.
Been workin & waitin on the company man, to gimme’ that raise.
I ain’t scared of putting in some overtime
What you see is what you get.
Cause I’m a slave driven oil field worker from the south
Yeah they call me a roughneck…

Lawrence is a contemporary country music performer from Texas who is well known in the southwest part of America. He delivers a melody that fits the roughneck music lyrics just right:

Toby Keith has also done roughneck music, which is hardly a surprise. He evokes the gold rush spirit of America in his “Boomtown” tune celebrating the ups (and downs) of life in the one industry that still thrives on good old-fashioned adventure:

The people came here from parts unknown
Sleeping’ in their cars ’cause they didn’t have homes
Thought this place was the promised land
If you could roughneck, we could use a good man
Come on boy let me show you around
You could make a lot of money here
Living in a Boomtown

Toby’s booming voice fits Boomtown fits the song like a glove. It was part of Toby’s second studio album, also titled “Boomtown.” It was released in September 1994 and produced four hit singles for the singer and the album went platinum with this:

Kyle Park is a country singer from Texas who has produced six albums including one titled “Don’t Forget Where You Come From” and on it is a song by the same name that tells a story of a man and his father who worked in the oilfields to give his family a good life, which is what such much of roughneck music is, deep down, what it is always all about —family: :

The video takes a bit to long to get to the music, because it’s storytelling at heart, but once you get there, Kyle Park offers some sweet roughneck music, indeed, and a message to fit:

Not all oil and gas music is roughneck music. The great Merle Haggard sang a neat sang called “Oil Tanker Train,” and it has a sound that is pure Merle with lyrics that paint a picture of how oil and gas were central to lives of rich and poor alike in regions where the Hag grew up. He was born in 1937 in Oildale, California and a boxcar was his first home.

Loaded with crude oil, headed for town
The boxcar would tremble from the top to the ground
And my mother could feel it even before it came
“Get up son to the window, here comes the oil train”

And, here is a whole album of “Songs of the Oilfields” song by Billy Davis. The songwriter was Alex Zanetis, who “spent his formative years working in the oil fields of southern Illinois alongside his father and three brothers.”

“In the 1960s while working in the oil fields and raising a family in Flora, Illinois Zanetis wrote songs recorded by Brenda Lee, George Jones, Waylon Jennings, Jim Reeves, Dean Martin and a host of other prominent artists. In 1964 Zanetis wrote, sang, and produced the Ballads of the Oil Fields.” 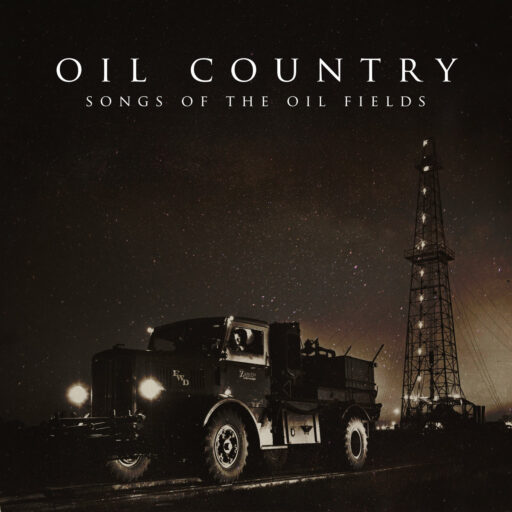 And, here is one of the best examples of roughneck music by Alex ZanetisAlex Zanetis:

Enjoy! And, if roughneck music isn’t exactly your thing well, according to my friend Richard Bohr, you might want to listen to this to celebrate #WorldShaleEnergyDay!