Russian Oligarchs Must Be Cheering Cuomo and Biden Energy Policies

Kevin Mooney is out with another one of those pieces where he exposes the insanity of so many fractivists and the political left that has co-opted their cause. Or, is it just malevolence? Either way, as Kevin explains, the beneficiaries of these policies are too often our enemies. That’s clearly the case with fracking and pipeline construction in this country, which is only helping Russians. I don’t mean the Russian people, but the Russian oligarchs. They, too, have an oligarchy, after all. Indeed, they showed our plutocrats how to do it!

Kevin deftly shows how the Biden Administration’s appeasement of Green New Deal types here at home with a ban on fracking on Federal lands was a gift to the Russians. They could not have scripted any better, in fact, as far as their interests in protecting market share for Putin’s petrol and natural gas. Let domination of Europe begin again! Where the article really shines, though, is in demonstrating Biden’s catering to the Russians has a precedent in Governor Andrew Cuorruptocrat! 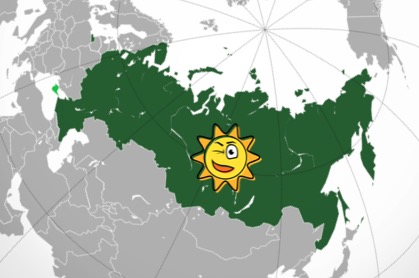 When I first read Kevin’s piece, I must confess I didn’t realize how good his point was. Then, a wise and persistent friend (and occasional guest blogger) made a point of calling it to my attention and I realized the significance of the connection between Courruptocrat and Biden’s disastrous new policy. Here’s what Kevin observed regarding the former:

…For all of Biden’s stated concerns about Mother Russia, his policies work to the advantage of Russian oil and gas interests at the expense of average Americans who depend on affordable, reliable energy.

But when it comes to hypocrisy on the question of foreign interference and influence, New York Gov. Andrew Cuomo has no equal. It was Cuomo who said Robert Mueller’s congressional testimony on alleged Russian interference in the 2020 election would be “productive” when in reality the former special counsel’s final report and testimony amounted to little more than a bust. At one point, Cuomo also expressed concern that the Russians might up-end his re-election chances in 2018. But why would the Russians feel motivated to undermine the New York Democrat when his hostility toward natural gas development in the U.S. has helped to open Russian exports to New England states?

Cuomo has obstructed pipeline projects that could transport natural gas from neighboring Pennsylvania to his state and throughout New England. Cuomo has also maintained a ban on hydraulic fracturing, which involves a highly pressurized mix of water, sand, and chemicals to break open shale rock and release oil and natural gas.

The New York governor’s continued ban on hydraulic fracturing means that the rich natural resources available to New Yorkers in Marcellus Shale rock formation, which cuts across about 12 million acres in the Empire State, remain untapped.

In the absence of hydraulic fracturing, New York produces less than one percent of the natural gas that it consumes, according to a report from IER.

In recent years, parts of New England have had to import gas from Russia thanks in no small part to a lack of infrastructure brought about by Cuomo’s hostility toward natural gas development.

Now Biden is following Cuomo’s lead to the detriment of American energy independence and security.

Read the entire article to fully appreciate how Biden’s fracking ban is simply a replay of Cuorruptocrat’s bastardized version of Moscow on the Hudson.