SCC Scam? Where Did the Benefits of Carbon Skedaddle?

[Editor Comment: New York State’s calculation of the “Social Cost of Carbon” or SCC is deeply flawed as it compares apples to oranges and uses absolutely the wrong numbers.]

I was prompted to prepare this post while reading the White Paper on Clean Energy Standard Procurements to Implement New York’s Climate Leadership and Community Protection Act (white paper) prepared by the New York Department of Public Service (DPS) and the New York State Energy Research and Development Authority (NYSERDA) because that document claims a “net benefit of around $7.7 billion” over the lifetime of projects they believe are required to meet the goal that 70% of electric energy will be produced by renewable energy by 2030 (70 by 30).  Although I have written about the approach used by the State before I believe it is necessary to re-iterate my concerns in the current context.

I am a retired electric utility meteorologist with nearly 40-years experience analyzing the effects of meteorology on electric operations. I believe that gives me a relatively unique background to consider the potential quantitative effects of energy policies based on doing something about climate change.  The opinions expressed in this post do not reflect the position of any of my previous employers or any other company I have been associated with, these comments are mine alone. 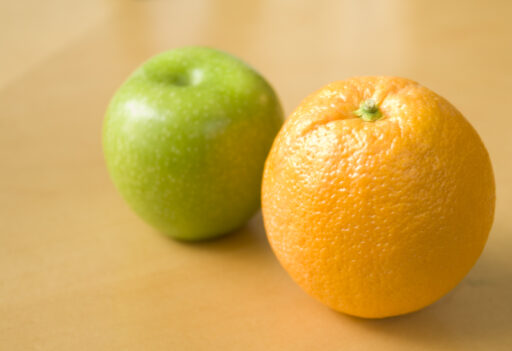 Apples to Apples; Not Apples to Oranges!

In the summer of 2019 the Governor Cuomo and the New York State Legislature passed the Climate Leadership and Community Protection Act (Climate Act) which was described as the most ambitious and comprehensive climate and clean energy legislation in the country when Cuomo signed the legislation.

The legislation includes not only the 70 by 30 requirement but also a mandate to eliminate all fossil fuel use in the electricity sector by 2040. I have written a series of posts on the feasibility, implications and consequences of this aspect of the law based on evaluation of data.

Unfortunately, the politicians that passed the Climate Act never bothered to figure out how it could be done.  Among problems to resolve are development of a plan for renewable resources and an implementation plan to pay for those resources.  The DPS has a mandate to establish a program whereby jurisdictional load serving entities (today’s jargon for what used to be called the electric utilities) secure renewable energy resources to serve the 70 by 30 target.  The white paper explains how they propose to do this.  It includes the following:

The following quote from the cost and benefit analysis sparked my interest:

“NYSERDA estimates that the proposed Tier 1 procurements, as set out in Section II.c.1 below, – from 2021 to 2026 – would lead to a levelized impact on electricity bills of less than 0.5% (or $0.35 per month for the typical residential customer). Taking into account the value of the avoided carbon emissions, these procurements are estimated to yield a net benefit of around $7.7 billion over the lifetime of the projects.”

This post will show the fallacies in this benefit claim.

It is New York State policy to calculate benefits of greenhouse gas emission reductions using the Social Cost of Carbon (SCC).  The SCC is the present-day value of projected future net damages from emitting a ton of CO2 today.  In order to estimate the impact of today’s emissions it is necessary to estimate total CO2 emissions, model the purported impacts of those emissions and then assess the global economic damage from those impacts.  The projected global economic damage is then discounted to the present value. Finally, the future damage is allocated to present day emissions on a per ton basis to get the SCC value.

I have previously argued that there are several technical reasons that the single value the State of New York has thus far relied on should not be used exclusively.  It is more appropriate to consider a range of values because of the massive uncertainties associated with this metric.  The  comments on the SCC prepared by Dr. Richard Tol in a Minnesota Public Utilities Commission hearing on that state’s use of the SCC better explain potential problems with the SCC.

Dr. Tol is Professor of the Economics of Climate Change at Vrije Universiteit Amsterdam and a Professor of Economics at the University of Sussex and has direct experience estimating the social cost of carbon.  In his testimony, Tol explains that there are differences between SCC and traditional damages cost methodologies: “The causal chain for the social cost of carbon is rather long, complex and contingent. In this way it is different from the traditional damages cost methodology for a pollutant like mercury or lead.”

He uses a couple of examples to explain that the many interactions between purported changes to the environment from a changed in the greenhouse effect due to a ton of CO2 depend upon assumptions every step of the way which makes it “rather difficult to the climate effects of CO2 emissions.”  He concludes: “In sum, the causal chain from carbon dioxide emission to social cost of carbon is long, complex and contingent on human decisions that are at least partly unrelated to climate policy. The social cost of carbon is, at least in part, also the social cost of underinvestment in infectious disease, the social cost of institutional failure in coastal countries, and so on.”

My biggest concern is that tweaking any one of many inputs to the SCC calculation radically change the results. New York uses the SCC values developed by the Obama administration. In 2017, President Trump signed Executive Order 13783 which modified two aspects of the calculation:  only considering damages occurring within the United States and employing discount rates of 3 percent and 7 percent for the use of this parameter in regulatory policy. The Obama values used global damage numbers and discount rates of 2.5 percent, 3 percent, and 5 percent.

Despite these issues, New York State uses the SCC without conditions to claim benefits from their proposed investments.  The white paper states “Taking into account the value of the avoided carbon emissions, these procurements are estimated to yield a net benefit of around $7.7 billion over the lifetime of the projects.”  NYSERDA regularly calculates benefits based on the lifetime of their projects.

This is a different approach than that used in air pollution control regulation cost reduction calculations.  In the Environmental Protection Agency’s Reasonably Available Control Technology rule when you calculate the cost effectiveness of a control program, the cost of the control system is divided by the annual emissions reduction to get the dollars per ton reduced.  There is no consideration of lifetimes.

If you are interested in the cost of the Climate Act, you need to know the annual reductions possible from technologies implemented to reduce emissions.  The Climate Act specifies reductions from 1990 annual emissions so the apples to apples comparison is the annual reduction.  On the other hand, in a NYSERDA energy efficiency program, the avoided energy saved by the efficiency program equates to money saved.  It seems reasonable to count the total savings to the ratepayer.

When it comes to the SCC, I believed that it was inappropriate to consider lifetime savings but could not find anything specific in the literature to validate my belief.  I contacted Dr. Tol and asked the following question:

There is a current proceeding where NYSERDA is claiming that their investments are cost-effective but they use life-time benefits.  I concede that the ratepayer cost-benefit calculation should consider the life-time avoided costs of energy and can see how that reasoning might also apply to the social cost of carbon.  However, in the following definition, SCC is the present-day value of projected future net damages from emitting a ton of CO2 today, I can interpret that to mean that you shouldn’t include the lifetime of the reduction.  Am I reading too much into that?

His response explains that the use of life-time savings or costs is inappropriate (emphasis added):

The Social Cost of Carbon of 2020 is indeed the net present benefit of reducing carbon dioxide emissions by one tonne in 2020.

It should be compared to the costs of reducing emissions in 2020.

The SCC should not be compared to life-time savings or life-time costs (unless the project life is one year).

This post explains that the SCC is a weak tool for climate policy.  I am most concerned that the SCC values are not robust because small changes in any of the large number of assumptions give contradictory results.  When used in policy making, like the Climate Act, the values chosen are politically expedient rather scientifically based.  The costs of the Climate Act will be enormous and I believe it is incumbent upon its advocates to explain their analyses and use of the SCC.

However, this post also shows that even if you accept the SCC as a valid approach and use the values chosen by New York, then the cost benefits claimed by NYSERDA, in general, and the white paper, in particular, are flawed because they rely on life-time benefits.  Today’s SCC is the net present benefit of reducing carbon dioxide emissions by one ton this year.  The SCC should not be compared to life-time savings or life-time costs.  As a result, the claim that the “procurements are estimated to yield a net benefit of around $7.7 billion over the lifetime of the projects” is wrong.