[Editor’s Note: There is exciting news from Schlumberger which is drilling some incredible length laterals for CNX Resources and expecting another “supercycle” in drilling!]

Houston-based Schlumberger (pronounced Shlum-Bur-Zhay) is the world’s largest oilfield services company. They’re the company a majority of exploration and production companies (drillers) call when they want a new well drilled. The #2 company on speed dial for drilling new wells is Halliburton, and they’re not even close in size to #1 Schlumberger. On Friday Schlumberger issued its fourth quarter and full-year 2021 earnings report, holding a conference call to discuss results. Of particular interest to us was information detailing Schlumberger’s work for M-U driller CNX Resources. 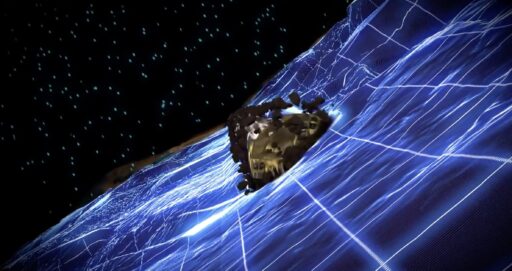 In the Appalachian Basin, CNX implemented NeoSteer at-bit steerable system paired with Smith Bits, a Schlumberger company, cutting structures and dual-telemetry MWD xBolt G2 accelerated drilling service to drill curves and laterals consistently in single runs in their Marcellus Shale assets. Over the last three months, Schlumberger has drilled the top three longest single curve and laterals in CNX’s history, with footages ranging between 21,836 ft and 22,565 ft, and with exceptional safety and service quality performance. These are also the top three longest single curve and lateral operations in Schlumberger US Land history to date. NeoSteer system provided enhanced steerability, overall superior performance, and reduced footprint when compared with conventional technologies, resulting in a reduction in drilling time, and savings in drilling operational costs for these three record wells.

The other comment in the official quarterly update that caught our eye was a quote from Schlumberger CEO Olivier Le Peuch about the prospects for oil and gas drilling in 2022 and beyond. Le Peuch said 2022 and beyond looks to be another “supercycle” for drilling:

“Looking ahead into 2022, the industry macro fundamentals are very favorable, due to the combination of projected steady demand recovery, an increasingly tight supply market, and supportive oil prices. We believe this will result in a material step up in industry capital spending with simultaneous double-digit growth in international and North American markets. Absent any further COVID-related disruption, oil demand is expected to exceed prepandemic levels before the end of the year and to further strengthen in 2023. These favorable market conditions are strikingly similar to those experienced during the last industry supercycle, suggesting that resurgent global demand-led capital spending will result in an exceptional multiyear growth cycle.”

Schlumberger’s 4Q21 and full-year update, with financial tables may be found here and a transcript of the conference call with analysts may be read here.