School of Petroleum and Natural Gas Is Creating Big Careers

School of Petroleum and Natural Gas Is Creating Big Careers

[Editor’s Note: There are great careers galore waiting to be filled in the natural gas industry and the Lackawanna College School of Petroleum and Natural Gas is filling them!]

Representatives from four leaders among the natural gas industry recently completed interviews of first-year students at the Lackawanna College School of Petroleum & Natural Gas (LC PNG) in Tunkhannock. Successful interviewees will fill entry-level and internship positions at facilities throughout the Marcellus Shale during the summer months. Those who make a good impression on their supervisors are often kept on through their second year or end up being hired on as soon as they finish their course of study. 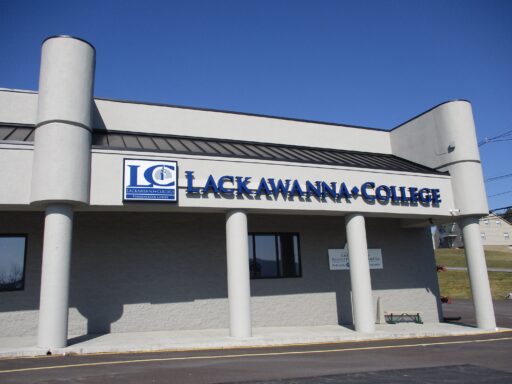 The School of Petroleum & Natural Gas was established in New Milford in 2010 to address the need for qualified local employees. Despite a few lulls, the industry has grown steadily, and open positions continue to outpace available workers. Not only do industry leaders sponsor programs and specific lab components at the school, they count on Lackawanna College to help them fill key start-up positions that usually lead to prompt upward movement within their companies.

Former students proudly return to LC PNG to conduct the interviews. Among them are Ben Whitaker and Sully Rutledge, both from Coterra Energy (formerly Cabot Oil & Gas), graduating in 2016 and ’17, respectively. Both interned with Cabot and went directly into the workforce upon graduation and retain positions as production foremen.

“I interviewed here like these kids,” Sully related, adding that he was surprised at how quickly he was able to advance with the company from his entry-level position as a field operator. His personal experience leads him to look for students who are similarly self-motivated. “I ask them why they are interested in the company and the industry and what skills and experience they have, as well as what they hope to gain from their internship.”

“We are looking for students with some kind of mechanical background,” Ben added. “But, if the group of interns are right out of high school, we also look for individuals who take pride in their community and have a good attitude.” Knowing the curriculum as he does, Ben also asks what classes about which they are particularly passionate.

Ernie Shumbat of Repsol Oil & Gas did not attend LC PNG but, from what he has observed, wishes he had. “It would have made my journey less challenging to understand the field without the background that they are getting in this school,” said Ernie, who started as a flow tester and worked his way up to his current position as a production supervisor. “The main thing we look for is interest and determination. If you have that, you can be taught the process.”

Jamey Gifford of Repsol realizes that many of the students are short on “real life” experiences, so he challenges them in interviews to relate personal scenarios for which they had to overcome specific obstacles, such as a heavy course/work load or an equipment problem. “What was the equipment? What steps did you take to fix it, and what were the results?”

Sully noted that he also looks for confidence, which includes a willingness to ask questions about things they don’t fully understand. There’s no guess work in the field, he remarked. “If you don’t understand something, you’d better ask before you make a mistake.”

Ashley Knox, an employee of Chesapeake Energy for nine years currently serving as an optimization foreman explained that she likes to get a feeling as to whether the student has a desired path they want to follow to reach their goals. “Chesapeake wants to make sure that the experience that they will be offered during their internship will be beneficial to their career development,” she stated. Ashley is a 2013 LC PNG graduate, whose internship with Chesapeake resulted in full-time employment there two weeks after graduation.

First-year student Jonathan Todd of Bear Creek Township was interviewed by both Chesapeake Energy and Williams Companies. He is looking to make a career in the pipeline and compressor field. “Operations sounds like a great place to be if you like to work with your hands, which I do, and stay in shape,” Jonathan stated. “I have also considered dabbling with the electrical side of the industry, such as Instrumentation and Electrical and control room operations, like Gas Controller.”

Jonathan believes that his interviews went well and that he learned more about the industry just from having a conversation with those who are already in the field. “I felt like I wanted to stay an extra half hour just listening to them,” he remarked.

“It was nice getting to talk with different people in the industry and their companies,” said Rachel Rockwell of Susquehanna. She is looking at career options in measurement or operations and interviewed with all four participating companies. 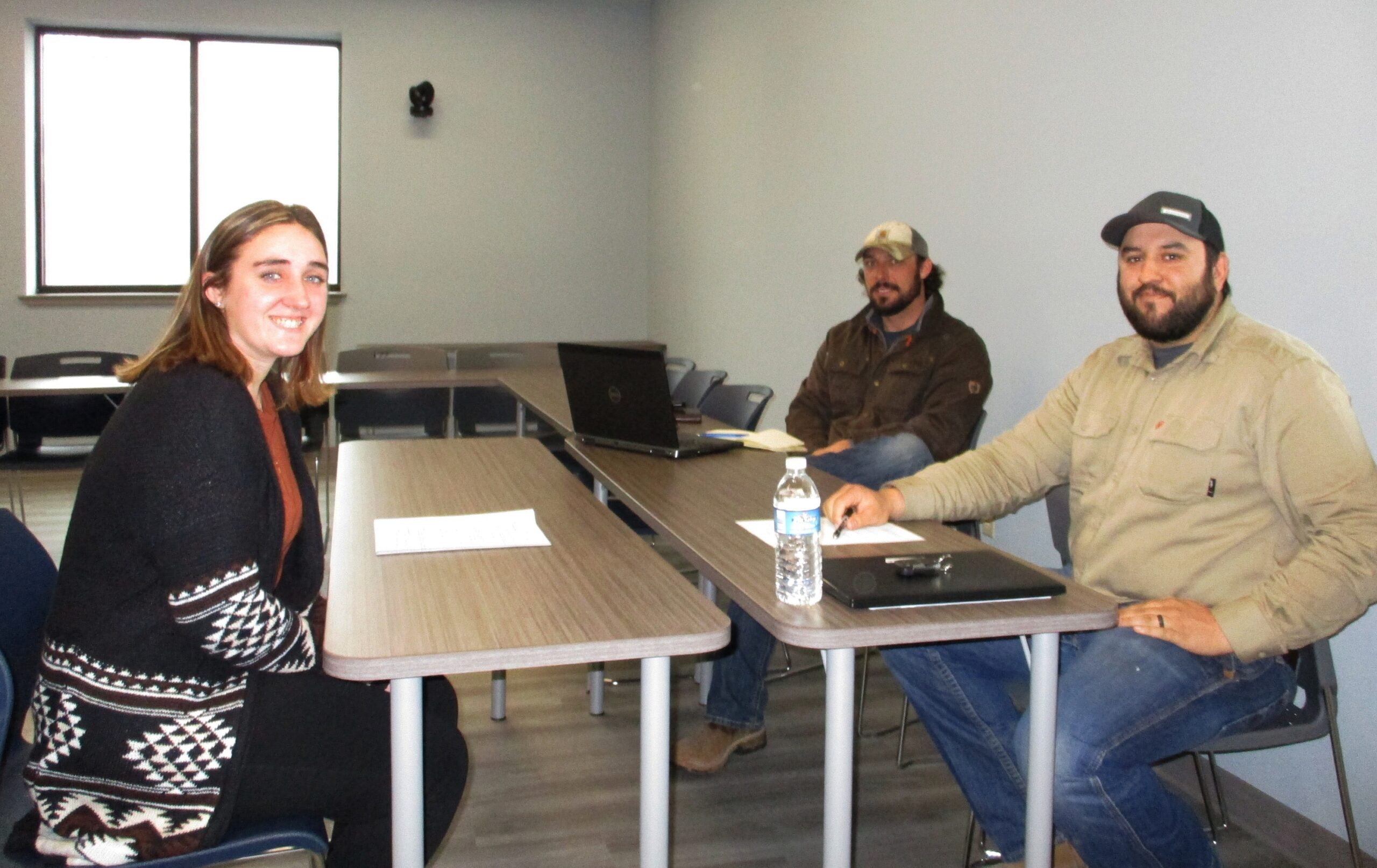 Susquehanna resident Rachel Rockwell (left) prepares for her interview with Ben Whitaker (right) and Adam Vogt of Coterra Energy at the Lackawanna College School of Petroleum and Natural Gas.

“It took some time to get used to the questions they were asking but, overall, it was a good experience,” Bodie LaCoe of Ransom Township remarked. Bodie is one of several current students who has an interest in compressors and engines.

Interviewee Jacob Saxe from Laporte also felt confident with his experience after speaking with representatives from both Coterra and Chesapeake. He too is currently focused on natural gas compression.

Albert Davis of Nicholson interviewed with Coterra and also has an interest in compressors and engines. He came to the school with some experience with automobiles but complimented the extensive hands-on experience provided by LC PNG. “These engines are a lot bigger,” he stated.

“In terms of candidates, I tend to believe it’s our job to teach our industry, so I focus on intangibles more,” said David Fernell of Williams, who graduated in 2004 from the San Juan School of Energy. “We can’t teach work ethic and character.”

“I feel the school gives the kids a very good grasp and concept of the type of work they will be doing,” said Jamey, who is a senior production supervisor after 12 years with Repsol. “We always find some very good individuals when interviewing and have hired on several individuals over the years.”

“The intern candidate pool from Lackawanna College has continued to impress the leadership team at Chesapeake,” Ashley concurred. “Many of the leading companies in the Marcellus show up for these interviews, and it’s pretty cut-throat on who is able to onboard these students.”

“It was great to see PNG alumni, who are now in supervisory positions, coming here to interview our current students for all the open positions,” said LC PNG program director Sue Gumble, herself a graduate of the School. “If I had 25 more students, I still couldn’t fill all of the internship positions that our industry partners are looking to fill. The word needs to get out that there is an abundance of employment opportunities in the gas industry, and our PNG program gives the students the skills they need to successfully achieve their goals.”