Shale gas wastewater recycling is one of the big fracking successes which is why it’s being attacked by Heinz Endowments shills.

The Society of Professional Journalists (SPJ) Code of Ethics says their members should “deny favored treatment to advertisers, donors or any other special interests, and resist internal and external pressure to influence coverage.” One would hope reporters for the Pittsburgh Post-Gazette aspire to that standard, but a recent article in that journal on the subject of shale gas wastewater recycling suggests otherwise. 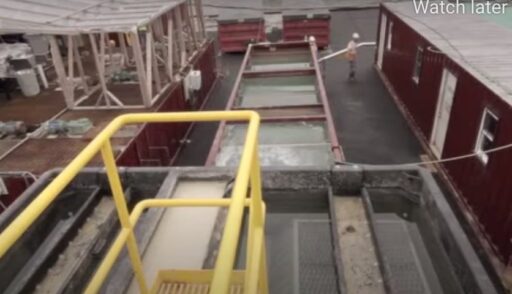 This piece, authored by Don Hopey, served as an echo chamber for the views of the Environmental Integrity Project, PennFuture, Mountain Watershed Association, Earthworks and Center for Coalfield Justice. It’s about general permits issued by Pennsylvania DEP for non-controversial shale gas wastewater recycling facilities located throughout the shale region, where flowback from hydraulic fracturing and produced water is recycled by a process of evaporation such that the water doesn’t have be injected back underground, taken to municipal treatment plants or discharged into streams. It also reduces the amount of water needed to be withdrawn from streams or groundwater wells. All this is a profoundly good thing, but these organizations are now objecting to the process of permit issuance.

The blatantly obvious purpose of these objections is to frustrate shale gas development. Don Hopey should know shale gas wastewater recycling is a good thing; he wrote an in-depth article in 2018 on the subject of treating and disposing of fracking wastewater, after all. But, Hopey is a member—Past President, in fact—of the Society of Environmental Journalists (SEJ). The SEJ has a somewhat different and discernibly looser standard than the SPJ. Its bylaws simply say “Active, Associate and Academic Members shall not engage in lobbying or public relations work relating to environmental issues.” The SEJ explains here (emphasis added):

SEJ’s struggle with membership criteria, however, was not about individual members practicing advocacy journalism. After its early, short-lived foray into reviewing clips for fairness and objectivity, SEJ made no effort to police advocacy journalism among its members. Rather, the concern was to draw a line between journalism and public relations/lobbying, and to prevent SEJ itself from being cast as an advocacy organization. The line was drawn primarily in an attempt to establish SEJ’s credibility as a disinterested forum.

Individual members of SEJ such as Don Hopey, in other words, are permitted to practice “advocacy journalism” that is the opposite of journalism as the SPC defines it. That isn’t all. SEJ advocacy only has to avoid crossing over into public relations or lobbying to comport with SEJ guidelines. “Public relations” and “lobbying,” of course, go undefined, giving a Don Hopey more or less complete freedom to serve as an echo chamber for those five fractivist groups bashing shale gas wastewater recycling.

There’s more. The SEJ is funded by numerous organizations, including the Walton Family Foundation (Wal-Mart) and the notorious fractivist enabler, the William and Flora Hewlett Foundation. The former gave SEJ a cool half-million in 2019 and the latter sprung for $775,000. The Heinz Endowments has also funded SEJ from time to time, directly awarding it $50,000 in 2016, for example, and $25,000 in 2013. There were apparently other Heinz grants as well and who knows how much money they gave via pass-through grants made to other non-profits, which Heinz does frequently and with impunity. You can peruse a list of usual suspect SEJ funders here where they invite contributions to “Support Hard-Hitting Environmental Journalism.” Not much real journalism in that statement, is there?

But, here’s the thing; every single one of those five environmental groups trashing shale gas wastewater recycling with “hard-hitting environmental journalism” and echoed by Don Hopey is a Heinz Endowment shill. Here’s what Heinz says it’s given SEJ, in fact:

If you’re keeping track, that’s a grand total of $10,453,000. So, who is kidding who here? These five organizations are essentially shills for the Heinz Endowments, which also periodically funds SEJ, which is, you might say, effectively their ad hoc public relations consultants. Are to imagine SEJ members don’t know this? That Don Hopey isn’t intending to help along the Heinz effort here? Well, you be the judge, but this story, if you ask me, has been ginned up to sing the tune of some very special interests who are now seeking to squelch shale gas wastewater recycling as a means to frustrate all natural gas development.