Shale Industry at Crossroads: Reason, Oh Reason, Where Art Thou?

[Editor’s Note: Charlie Schliebs, Chairman of the Energy Innovation Center Institute, asks where reason has disappeared to when it comes to shale gas.]

One of the pleasures we’ve had over the years in writing Marcellus Drilling News is to meet and make friends with some special people. One of those special people is Charlie Schliebs, managing director of Stone Pier Capital Advisors and chairman of the Energy Innovation Center Institute in Pittsburgh. Charlie is a shale industry supporter, no doubt about it. But he also supports alternative energy. He’s an “all of the above energy sources” kind of guy. Our kind of guy. Yesterday, Charlie published an excellent editorial in the Pittsburgh Business Times pointing out M-U shale is at a crossroads. 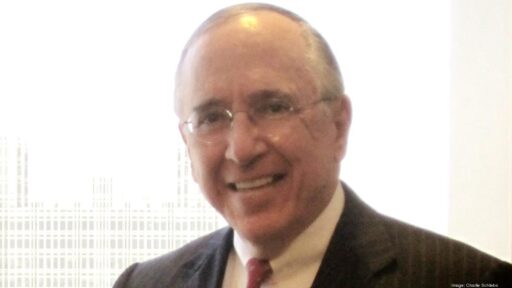 In his column below, Charlie points out that (a) our industry hasn’t done a good job of explaining ourselves to the general public, and (b) it has left the door wide open for Big Green groups to define us. Charlie points out that once upon a time the Sierra Club and other organizations of that ilk used to support natural gas as a transition fuel. But now, they have become radicalized (our word).

Charlie is eminently reasonable. What we need are more people to be reasonable (able to be reasoned with) and work together. What we need are more people like Charlie Schliebs. The upshot of Charlie’s column is that we need “calmer heads to prevail and work together to make all energy sources and gas-using manufacturing facilities as clean and efficient as reasonably possible.” He concludes that given the current administration, it’s not going to happen.

The region’s shale gas industry blossomed in 2008, first with upstream exploration and production (E&P), followed by the midstream basic processing and transportation of gas and NGLs (natural gas liquids, such as ethane and butane), and finally the downstream activities (in our region, the most important being petrochemical development and manufacturing).

Energy companies initially flocked to the region to spark a shale renaissance made possible by the combination of horizontal drilling and hydraulic fracturing. This occurred around the nation in a variety of shale formations, resulting in U.S. energy independence for the first time since the 1970s; thousands of well-paid, family-sustaining jobs; and an opportunity with low-cost natural gas to reclaim a large portion of the best manufacturing jobs that migrated overseas since the 1970s.

Fast-forward to 2021. All three segments are at a crossroads.

Over the years the industry did a poor job explaining itself to the general population, and organizations such as the Sierra Club that initially saw natural gas as the coal replacement and natural bridge to the eventual need for well-developed renewable sources of energy turned on the industry. Those organizations and their supporters, both politicians and grassroots, have moved to the extreme end of the continuum, now possessing tremendous political power. They simply will not entertain discussions with any group that believes in continued cost and technology improvements across all energy sources and a balanced energy portfolio to allow the United States to remain energy independent and continue its manufacturing industry renewal.

They have no interest in lessons learned from Germany’s failing Energiewende (Energy Transition) policies, or, while praising China for its decarbonization goals, they are unwilling to hear that China builds more coal-fired power plants in China than the U.S. and Europe decommission. They believe that everyone in the oil and gas industry is out to kill renewables, when it is just the opposite — most energy industry leaders want to make renewables work efficiently and effectively in combination with natural gas as the only cost effective and workable bridge.

And finally, far too many of the anti-gas forces believe that solutions are all quite simple, when in fact energy production and transmission involves an incredibly complex set of problems.

All of the above are now affecting the Pittsburgh region. Too many of the E&P companies expected in the past to be on the buying end of the inevitable consolidation are instead leaving our region, and while gas production and employment has stabilized, many tell me that they are just waiting for the next shoe to drop from the Biden administration.

In the midstream space, besides all the pipelines in limbo due to anti-gas forces within and without government, it is clear from the Biden administration that there will be no new greenfield interstate pipelines.

And in the downstream space, the anti-gas groups are still trying to stop the Falcon Pipeline bringing ethane into the Shell Polymers facility in Beaver County.

The best solution of course is for calmer heads to prevail and work together to make all energy sources and gas-using manufacturing facilities as clean and efficient as reasonably possible. Sadly, that will not happen. Current Department of Energy leadership does not seem open to anything with respect to fossil fuel power other than sequestering carbon from those activities that are currently operational, and the most vocal community groups are in lock-step.

Our region has a great history of bouncing back from setbacks, and while the current situation may not yet be at a crisis, innovative leadership is required to make sure we take advantage of the critical asset we have in abundance, one of the largest, most flexible, cleanest and least expensive energy sources in the world — natural gas.

Editor’s Note: I, too, am an admirer of Charlie Schliebs. His arguments are self-evidently 100% correct and his message vital. An underlying problem to all that he points out about the unreasonable stance of shale opponents is this; the unreasonableness of radicals is being sustained by some of Pennsylvania’s absolutely wealthy citizens and I’m talking about the Heinz family. Illustrating this problem is another article in the indispensable Marcellus Dillimng News about a lawsuit now in Pennsylvania’s Supreme Court, having been brought by a group called Protect PT (for Penn Township) challenging the very idea of shale development.

Who is behind it? None other than the Heinz Endowments if you look at who funds the folks behind Protect PA. And, Heinz funds every other extremist anti-gas group along with StateImpactPA to report on it all. Getting calmer heads to prevail means taking on the Heinz Endowments, challenging their tax-exemption and taking them to court.