Shapiro Seeks to Criminalize As He Politicizes Mariner East

Josh Shapiro is running for Pennsylvania Governor so he has decided to grab some headlines by criminalizing construction issues with respect to the Mariner East.

There ought to be a law that prosecutors can’t run for political office, at least not outside their field. Whenever an attorney general in Pennsylvania or New York wants to run for governor, there are, invariably, a bunch of indictments brought to raise the profile of the prosecutor so as to present him or her as some sort of Bull Moose on the rampage for good. It doesn’t matter whether they’re Democrats or Republicans; they all do it and, once the elections are over, the cases tend to quietly fade away. Josh Shapiro is as power-hungry as the rest and so he’s brought criminal indictments against Energy Transfer over the Mariner East pipeline construction project. 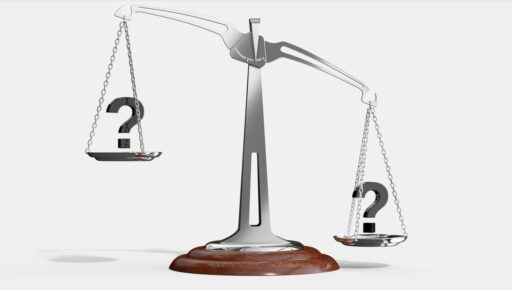 Shapiro is in the mold of Kathleen Kane, Elliot Spitzer and Andrew Cuomo. The mere utterance of these three names reminds of the explosive dangers involved in mixing arrogance, insatiable desires for power and access to grand juries. Shapiro has decided to criminalize to politicize; bringing indictments against the Mariner East pipeline developer to grab some Southeast Pennsylvania headlines he needs to solidify his political base there.

Energy Transfer, which has a pretty darned good record in court, counters with this statement:

“We have been aware of the Grand Jury’s investigation and have cooperated with them and the Attorney General’s Office for several months in an effort to address and resolve any issues. Energy Transfer committed to complying with all the relevant laws of Pennsylvania, including the environmental laws, when it undertook this historic capital investment for the construction of a statewide natural gas liquids pipeline. We remain committed to a strict adherence to the laws of the Commonwealth as we conclude construction, which generated thousands of local jobs. We are committed to continuing the safe operation of the pipeline for the economic benefit of the Commonwealth.”

A layman’s quick look at the indictment itself reveals there is much less there than meets the eye with the press release. Here are two separate sample paragraphs to illustrate:

The Grand Jury learned that additives approved by DEP for use during the HDD process are also used in the drilling of water wells, which presumably makes them safe for consumption if they should happen to get into a drinking supply. The industry certification for products approved for use in the drilling of water wells is called NSF/ANSI 60. The bentonite that is used in drilling fluid for HDD projects is NSF/ANSI 60 certified. Some of the additives used by drillers during this pipeline project, however, were not on DEP’s approved list of additives. In addition, some of these uncertified additives were considered “proprietary,” meaning that drillers are not required to divulge the nature of the chemicals being injected into the ground, and potentially into wells, lands, and bodies of water…

She notified DEP of the situation at the end of June 2019. Shortly thereafter, Sunoco came to sample her water. Sunoco’s initial sampling and analysis showed the presence of bentonite. A Sunoco representative told her there was nothing wrong with bentonite and she could carry on drinking her water and showering in it because it was not harmful. Several weeks later, however, she received a follow-up email informing her that additional test results indicated her water had tested high for e-coli and fecal coliform. In the intervening time period, her daughter drank the water and was hospitalized.

Notice both paragraphs talk about bentonite, the clay that is used in drinking water systems and that people pay to put in their own bodies to “attract and bind ‘free radicals’ and other toxins.’”) Shapiro then not so cleverly interjects the idea there may have been unapproved additives, they might have been dangerous stuff in those additives and, just maybe, those e-coli and fecal coliform issues might be related, which of course they are clearly not. This is documentary demagoguery and how it works when eager-beaver prosecutors are determined to fell a tree and build a political campaign.

Criminalizing environmental issues, though, is dangerous business, as a wise Washington Times editorial from earlier this year explains:

Fossil fuel resources that power the modern world, such as oil, natural gas and coal, have long been in the crosshairs of global-warming alarmists worried about greenhouse gas emissions. But favored renewable energy initiatives meant to save the planet also leave lasting scars upon the land.

The ground extraction of silicon, silver and lead has soared in recent years — materials that solar panel manufacturers have fashioned into the hardware capable of producing 140 gigawatts of electricity in 2019 alone. By 2050, as many as 78 million metric tons of solar panels are expected to have reached their expiration date and wind up in the dumpster. Recycling useful elements is expensive, so panels are routinely sent to landfills, where toxic elements can leach into water tables.

The manufacture of batteries for zero-emission electric vehicle requires rare earth minerals such as cobalt — mined in places such as Congo, where children are sent into unsafe excavations — and lithium extracted in China, where environmental regulations are lax.

Environmentalists in Washington and capitals around the world might scoff at the notion that their “green” revolution could be regarded with the same scorn with which they currently view carbon-fueled commerce. That is worth pondering, though.

Yes, they very well ought to ponder that, as some future AG who wants to be governor wouldn’t hesitate a bit to go after the folks who pushed the idea, funded it, subsidized it and promoted it, would he?