Small town America is the best hope for civil society today, which is threatened from every direction by elites of the World Economic Forum mindset..

Amidst the chaos created by those who would run the world as their private fiefdom, it is crucial to remember what really does hold civil society together. It’s not the “experts,” the phony politicians who love to talk about their public service or those who write the history. It’s not the commentators who always exist to second-guess, the petty bureaucrats who suppose they’re in charge or the greedy folks who find a way to make money off it all, and many of us have, at times, fallen into one or more of those categories. No, it’s common man, who is always and regularly abused by our systems, yet gives his life that it may continue. It’s small town America where God is still the favorite in the never-ending conflict of man vs. his creator.

There is something special about small towns that breeds respect for institutions, even institutions that repeatedly fail to deliver on their promises. Ancient history and the myths of heroes such as Aeneas tell us it was always so. Memorial Day reminds in a special way that heroes still exist and are still honored in small town America. Take this video, for example, published every year at Conservative Treehouse:

Small town America where you still find true public servants; where unpaid volunteers for every good cause and where faith springs eternal in churches old and new and parades still honor the dead who served and literally gave it all. Moreover, both those who gave and those who honor them have represented a civil society where class hasn’t mattered all that much, where a young boy of an ordinary family could rise to become a great general, where the banker’s son is a fire company member and the pastor of the local church ends up on the municipal authority. It’s not that the city cannot produce heroes and good people; it’s that small town America involves almost everyone in almost everything and one learns to respect others’ contributions and talents and to accord them the dignity and freedom they deserve to make their livelihoods and raise families.

This is the cultural environment that is most likely to produce real leaders. It stands in sharp contrast to what we see so much of today as, for example, when the world’s would be rulers jet into Switzerland to conspire as to  how they can use COVID, global warming and war to agglomerate power to themselves and institute a social credit system to keep non-elites in line. Yes, the best antidote to the World Economic Forum and all similar Lord of the World schemes is small town America. 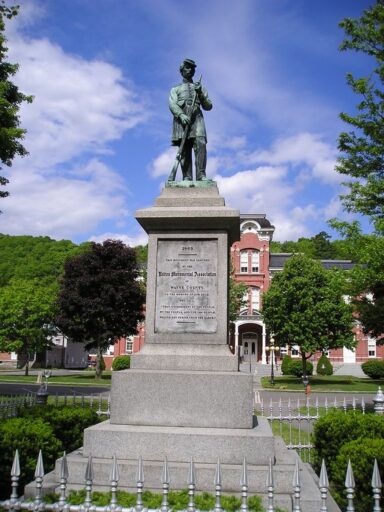